Face To Face With GruberGate

It seems that every day brings another video of Dr. Jonathan Gruber of MIT providing perspectives on the tricks, twisted tactics and tall tales that went into the drafting of the "The Patient Protection and Affordable Care Act."


I met Dr. Gruber in late October, 2009 at a private meeting in Boston with a small group of other individuals from Fortune 500 companies who were responsible for the employer-sponsored health plans for their employees. This was at a critical time in the timeline for the bill as it was only a couple of weeks before it was voted on in the House of Representatives (the House voted on its version of the bill on November 7, 2009).

We were invited to the meeting by one of the nation's leading health insurers who facilitated the meeting so that some of its large corporate customers would have a better perspective on how the federal government was attempting to reshape the health care and insurance marketplace.

One of the things that stood out to me in the meeting was Gruber's arrogance and seeming need to promote his self-importance. Both of these traits have come through pretty clearly in the resulting videos that have surfaced recently involving Obamacare.

Therefore, any attempt by Democrats to distance themselves from Dr. Gruber on his involvement in the process is revisionist history. There is little question that Dr. Gruber had a very key role in the architecture of what became known as Obamacare.

This came through during a discussion we had about the effects that Obamacare might have on employers ceasing to provide health care coverage for employees (or for their dependents). Gruber rejected that argument and he stated that he had fully considered that possibility and was confident that would not occur.

A number of large companies pushed back on Gruber and argued that given a workable individual health care insurance marketplace, they would gladly drop employer-sponsored healthcare. It was far more preferable to provide employees with a flat dollar amount in its place and let the federal government take on the health care cost risk they now held as self-insured health care providers. To this Gruber said, "You are blowing my mind. If that is right all of our assumptions are wrong in this bill."

Gruber also got a lot of push back during the meeting about what the "Affordable Care Act" was going to do about controlling costs. Everyone in the meeting was very concerned about costs increasing due to its combination of expanded access, mandated benefits and the like.

Every time this was brought up Gruber quickly stated that he agreed with us. He stated that the bill was not intended to do anything about controlling costs. It was intended only to provide increased access. They believed they needed to expand access first before doing anything else. They were planning to to introduce a second bill at a later date to control costs.

Therefore, Gruber admitted during the meeting that the "Affordable Care Act" had nothing to do with making health care more affordable. That was going to come in a second bill (a bill that has never been introduced). Of course, this is another little item that no one in the public was ever told about. I guess it was just another "inconvenient truth" that would have prevented the bill from becoming law. 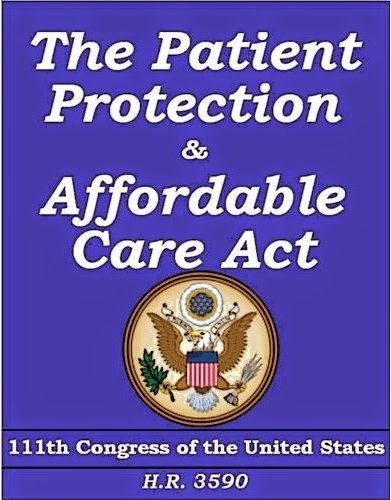 In effect, the correct name for Obamacare should have rightfully been "The Patient Disturbance and Unaffordable Care Act" in that it has contributed untold disturbance and anxiety to our country while also making expensive health care costs even more unaffordable.

Jonathan Gruber is not a bad guy. Like most academics, he thinks he has all the answers and is smarter than everyone else. Like most human beings, he has an ego and he wants people to think he is important. Like most liberals, he is well-meaning.

However, over the years I have found that most liberal ideas are well meaning and well intentioned. In a theoretical laboratory these ideas make a lot of sense. I think that is why so many academics are liberals. The ideas make such great sense in the classroom or a textbook. Unfortunately, in the real world these ideas must face reality. A reality where human beings make decisions based on incentives or disincentives relative to their own self-interest. A reality where unintended consequences often have much greater effects than the intended consequences.

There was nothing wrong with the basic concept behind health care reform in attempting to expand the number of individuals insured and to insure that individuals could obtain coverage even if they had pre-existing health conditions. However, there were much easier (and less expensive) ways to accomplish this under the law.

My biggest problem with Obamacare from the beginning was its total lack of transparency. Especially on the question of taxes. To do what they were trying clearly required some type of broad-based tax to fund the expansion of coverage. Obama chose to play a shell game with the American people instead. He simply chose to not tell the truth from the very beginning of his campaign on this issue. Just as he lied about the need for an individual mandate in his debates with Hillary Clinton. To do what he wanted to do, it was necessary. There was no other way around it and he knew it.

There is a legitimate policy argument that providing health care coverage is a fundamental function of the federal government under its duties "to promote the general welfare". However, under this "social model" concept, it has traditionally followed that general broad-based taxes should be used to fund this government spending. This is the model on which Medicare and Social Security are based. It is also the model that has always been used for local schools, police and fire protection etc.

However, in Obamacare they paid for the extension of "general welfare" coverage by putting the entire tax cost on a few taxpayers in yet another redistributive income scheme and in penalizing many others who had health coverage they already liked to help a few others who did not have any coverage.

Obama, Gruber, Reid and Pelosi knew it was unlikely that this bill could be passed if people were told the truth. Instead, they played tricks with the numbers and put nice comforting words like Patient Protection and Affordable Care in the bill thinking it would be enough to the pull the wool over the people's eyes.

In the end, Obama and Gruber are a lot like Col. Nathan Jessep (played by Jack Nicholson in the 1992 film, "A Few Good Men") and his dialogue with Lt. Daniel Kaffee (played by Tom Cruise) in the climatic courtroom scene in the movie.

Kaffee: I think I'm entitled to.

Kaffee: *I want the truth!*

We could use a few good men about now. Obama.  Gruber. Where are they?

In the meantime, GruberGate is starting to feel a little like Watergate with Gruber playing the role of Deep Throat.

However, if you follow the money here, it seems that a lot of money went right into the pocket of Jonathan Gruber for his consulting services on the law to the federal government and various states.

It is hard to handle that truth!
Posted by BeeLine at 8:36 PM