Every day I think that the Democrats must have reached their limit on crazy ideas.

However, another day passes and it just gets crazier.

As I have written before, one of the favorite targets of the Democrats is the electoral college. It just frustrates them to no end that they have to convince voters in states beyond California and New York to support their agenda in order to be elected President.

A majority of the Democrats in the Presidential field are on record as favoring the abolition of the electoral college. This includes Elizabeth Warren, Bernie Sanders, Cory Booker, Beto O'Rourke, Pete Buttigieg and Julian Castro. Predictably, Kamala Harris has straddled the issue as has Amy Klobuchar. No one seems to know where Joe Biden is on the issue. That is also no surprise.

Yes, you would read that right. This is the direct quote from his show. 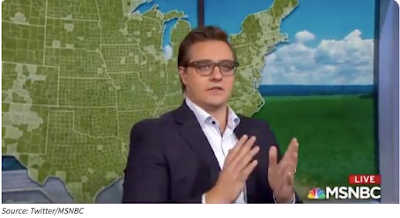 "The weirdest thing about the Electoral College is the fact that if it wasn't specifically in the Constitution for the presidency, it would be unconstitutional."

No doubt that is the same way the Democrats feel about the right to free speech, religion and the right to bear arms.

Why did those darn Founders have to be so specific?

Of course, there was one right the Founders were naive about and must have thought they did not have to be so specific about----"the right to life".

They must have assumed that no one would ever question that most basic right. How wrong they were.

Bernie Sanders was also at it last week in declaring that (beyond forgiving all student loan debt) he also wants to abolish all existing medical debt.

Sen. Bernie Sanders announced late Friday that he plans to eliminate billions in medical debt, hinting at a proposal the 2020 presidential Democratic candidate's campaign has yet to release in full.

The plan, which the Sanders campaign says would cancel $81 billion in existing past-due medical debt and make changes to the 2005 bankruptcy bill, is not expected to be released in its entirety for another month.


You have to ask what is next? What else can we forgive? Mortgages, credit card or auto loan debt?

Of course, as always, left unsaid is who is going to pay for all of this?

Seeing all of this craziness I could not help but think again about our Founders and what their reaction would be to all of this.

Trust me, they would not be calling it crazy.

They would be calling it "Wicked" and "Improper".

How do I know?

The Federalist Papers were written to explain the theories, rationale and reasoning behind the Constitution.

What is truly amazing in reading the Federalist Papers is how well our Founders understood human nature and the efforts they took to provide safeguards in the Constitution against human fallibilities and foibles.

One of the bedrock principles underlying the drafting of the U.S. Constitution was to do everything possible to safeguard the union against possible domestic division and rebellion.

The Founders understood that opposing political factions were the greatest potential threat to any government and that in many governments the only redress was violence.  They wanted to insure that factions could not wield power that would be dangerous to either the rights of other citizens or the common good.

They also knew that there was little they could do to prevent factions from occurring.  That could only be done by limiting liberties or insuring every citizen has the same opinions, feelings and the same interests. Neither was acceptable to the Founders.

They had no interest in preventing the causes, which is what Communist and Totalitarian governments do. They focused on controlling the effects of factions. Thus, they constructed a republican governmental framework with an ultimate goal of securing both the public good and private rights against the dangers of an oppressive majority faction. Everything in the Constitution was built on this foundational principle.

This is one of the reasons we have an electoral college. It is also why the Constitution originally did not provide for the direct election of Senators. Our Founders were wary of a pure democracy which could trample the rights of minorities.

James Madison in Federalist Paper #10 also enumerated those things that were most likely to result in the development of dangerous factions that government (and the people) should be protected against.

Madison called them "Improper or Wicked Projects". It could not be much clearer what the Founders thought of these potential risks and the need to avoid them at all costs because of the danger they posed to the nation at large.

What were some of these these Improper or Wicked Projects?

1. A rage for paper money (exactly what the Federal Reserve did with Quantitative Easing and is being done again around the world with low (and negative interest rates) engineered by Central Bankers.

Notice that Alexandria Ocasio-Cortez and many Democrats now are also arguing that we can just print all the money that is needed for the Green New Deal or other proposals they favor.


2. A rage for the abolition of debts (what was done to the detriment of secured creditors of automakers in favor of the unions under the Obama administration)

Notice that Bernie Sanders and many Democrats think student loans should be forgiven. Sanders now wants to do the same with medical debts.


3. A rage for an equal division of property (the foundational principle of socialism that includes redistribution of wealth from rich to poor).

Notice that many Democrats support a 70% top income tax rate and increase in the estate tax. Warren has proposed a wealth tax as well.

These are the actual words in Federalist #10 regarding those improper and wicked projects and why the Founders designed the republican government they did rather than a pure democracy.

The influence of factious leaders may kindle a flame within their particular States, but will be unable to spread a general conflagration through the other States. A religious sect may degenerate into a political faction in a part of the Confederacy; but the variety of sects dispersed over the entire face of it must secure the national councils against any danger from that source. A rage for paper money, for an abolition of debts, for an equal division of property, or for any other improper or wicked project, will be less apt to pervade the whole body of the Union than a particular member of it; in the same proportion as such a malady is more likely to taint a particular county or district, than an entire State.


There is no mistaking what the Founders would think about these crazy ideas.

In fact, their words are stronger than mine. Consider the words they used.

Is that specific enough to know exactly what the people who wrote the Constitution would think about what the Democrats are selling?

Notice as well that the Founders fully understood we could have some factious leaders and crazy ideas in particular states (California? New York?). They also understood that we might see religious sects degenerate into a political faction in some places (Ilhan Omar in Minnesota? Rashida Tlaib in Michigan?). However, the electoral college and the republican form or government was designed to insure that these factions could not control the whole.

Is it any wonder that the Democrats seek to diminish the Founders and denigrate the Constitution every chance they get?

The Founders had their number before they even existed.