No, this post is not about the Angry Birds video game. 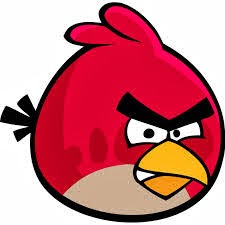 It is about other birds, like ducks and chickens.  Duck Dynasty.  Chick-fil-A.  Why is it that birds seem to always be involved when there is some media firestorm involving comments about gays?

We saw it last year when Dan Cathy, Chick-fil-A's President, answered a question from a reporter that he believes in the Bible and therefore is not personally in favor of gay marriage.  That led to Cathy being villified by GLAAD (formerly the Gay & Lesbian Alliance Against Defamation), the mayors of Chicago and Boston and other liberals from coast to coast.  All of them seem to have forgotten that the Constitution of the United States contains a Bill of Rights that protects both the freedom of speech and the freedom of religion. I wrote about that controversy here.

Of course, in the end all that came about from that controversy was a boost for Chick-fil-A's business when millions turned out across the country on "Chick-fil-A Appreciation Day" on August 1, 2012.

We saw it again in the last couple weeks when Phil Robertson, the patriarch of the Duck Dynasty clan, made comments that were also based on his religious beliefs that homosexuality was a sin and is "illogical."

Predictably, the GLAAD crowd once again attacked Robertson.  They also put pressure on the A&E cable tv network that produces Duck Dynasty, sponsors and others that sell Duck Dynasty goods.  It was not long before A&E had "suspended" Robertson and the Cracker Barrel restaurant chain stated that they would no longer carry Duck Dynasty merchandise in their gift shops.

What was the result?

Cracker Barrel quickly reversed course after they were hit with their own storm of protests over dropping Duck Dynasty's goods. This is how they explained it.


You told us we made a mistake. And, you weren't shy about it. You wrote, you called and you took to social media to express your thoughts and feelings. You flat out told us we were wrong."

It took A&E a little longer to backtrack but they ultimately caved as well in the face of strong support for Robertson's right to express his personal religious views.  Within a day of Robertson's removal, an impromptu Facebook page demanding A&E be boycotted had gotten more than a half-million likes.

What does all this tell us?

Despite all the noise we hear about the intolerance of conservatives and evangelicals in the media, the least tolerant groups in America are predominantly those supporting liberal and gay causes.  They are quick to complain and even quicker to criticize anyone who doesn't agree with their views.

I would argue that the only way that gays have been able to come out of the closet in this country is due to an extraordinary amount of tolerance, understanding and grace from people like Dan Cathy and Phil  Robertson.  They hold strong personal and religious beliefs but they are not out trying to intimidate or castigate anybody or put anybody back in a closet.

The fact is that gays make up less than 2% of the U.S. population. On the other hand, Gallup did a survey in 2000 in which 40% of Americans (more than 125 million people) described themselves as "born again" or "Evangelicals". (See this survey of composite U.S. demographics). That number might be smaller today but there should be no doubt that those with beliefs similar to Cathy and Robertson far exceed the number of gays in this country.

Therefore, if GLAAD and other gay rights groups want to play the strong-arm tactics that they tried with both Chick-fil-A and Duck Dynasty they had better beware.  They would be much smarter to not anger those birds that almost always mind their own business.

Douglas McKinnon of The Washington Times wonders whether the Duck Dynasty flap may prove to be a Boston Tea Party milestone and that conservatives, Christians and others who cherish traditional values may decide that they have had enough of the oppressive tactics of far-left zealots.

The liberals who exercise an almost complete monopoly on entertainment, the media and academia, and who have made attacks on conservative or Christian thought coupled with the blacklisting of conservative professors a twisted sport, knew beyond a shadow of a doubt that out of civility and faith, their targets would always turn the other cheek and never fight back.


Sure, depending on how outrageous or disgusting the far left’s attacks were, you might see some moderate push-back from conservatives or Christians before they went silent and gave up even more of their values and part of our republic in the exchange.

For the last few decades, they have lost nearly every battle to the far left with the war seemingly all but over.

Ironically, what is forgotten in all of these past victories by the liberal thought police is that conservatives, Christians and all those who base their lives on traditional values still make up the majority of this country. And yet it is they who are caving in to a tyrannical minority bent on silencing them forever.

Maybe, that is, until now. Will the “suspension” of Robertson be the final straw? Will this enforced silent majority finally scream “enough is enough” and begin to defend their rights and defend their faith?

I doubt that this is the final straw. Conservatives and Christians are too civil and well-mannered for their own good.  However, just as it is smart to let sleeping dogs lie it goes the same for beneficent birds who  rarely flap their wings in anger.

GLAAD should be glad for that. Will the latest flap be a lesson learned?  For their sake I hope it is. After all, nature and numbers are not on their side. And if they think Conservative Christians are narrow minded, they ought to think about other political and religious viewpoints that do not demonstrate the same level of acceptance of gays as Evangelical Christians.  For the sake of everyone who cherishes our freedoms, I hope they keep this in mind most of all.