My granddaughter was born seven weeks premature with a serious birth defect 20 months ago.

She was in the NICU for 73 days and without excellent neonatal care she would not have survived. Thankfully, today she is developing well and is a joy to everyone she touches. 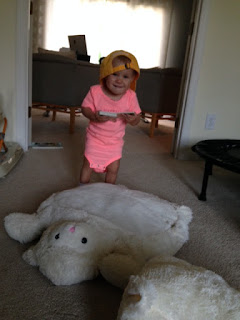 Most premature infants over the years have not been so fortunate. They simply did not survive.

The invention of the incubator in the late 19th century gave hope for these premature babies for the first time. It provided a controlled environment that kept the baby warm as well as protecting them from infection, noise and light.

However, it took almost a half-century before doctors and hospitals accepted this "radical" technology after it was invented because it was considered against "maternal nature".

The doctor who had a hand in developing and promoting the incubator was Dr. Martin Couney. Faced with resistance from the medical establishment he took his incubators on the road and set up demonstrations at Exhibitions to show their value. He did this first at the Berlin Exhibition of 1896 in his native Germany.

Quite the showman in addition to the doctor, he cared for six premature infants during the Exhibition that were loaned from a local hospital because they believed they would not survive. He saved each baby as crowds filed in to see the tiny babies and marveled at them in their incubators (and paid to do it).

Buoyed by his success in Germany, Couney moved to the United States and followed the same strategy at different Exhibitions in this country before he established a permanent venue at Coney Island in New York in 1903.


He maintained what today would be considered a Neonatal Special Care Unit at Coney Island right next to sword swallowers, bearded women and other side show acts. He funded his work by charging 25 cents admission to see the babies who were enticed into the exhibit by a carnival barker.

The outside of the building was no different than the other sideshows surrounding it. The sign above the door read “Life Begins With The Baby Incubator.”

The inside was essentially a hospital. The atmosphere was quiet and clinical, incubators lined the walls, and trained nurses were employed to care for the babies. One of the nurses was Couney’s daughter, who ironically enough was born premature and spent some time in the incubator herself.

The wet nurses employed to feed the babies were ordered on diets, and were fired if caught eating a hot dog or some other fried fare from the boardwalk. Tour guides were fired if they made jokes during the presentation. The rules and regulations for infant care were strictly enforced, and professionalism was emphasized. It was important to distinguish themselves at least a little from the pandemonium surrounding them.


In those 40 years Couney saved the lives of 6,500 babies that were given little hope at regular hospitals. His survival rate was over 80% which was unheard of in the early 20th Century for such high risk babies. And he never charged the parents or the government a dime. All of his work was fully funded by paid admissions for his "exhibit".

One was Lucille Horn who recently recounted her story on npr.org. Horn was born in 1920 and is now 94 years old thanks to the start Dr. Couney gave her.

"My father said I was so tiny, he could hold me in his hand," she tells her own daughter, Barbara, on a visit with StoryCorps in Long Island, N.Y. "I think I was only about 2 pounds, and I couldn't live on my own. I was too weak to survive."

She'd been born a twin, but her twin died at birth. And the hospital didn't show much hope for her, either: The staff said they didn't have a place for her; they told her father that there wasn't a chance in hell that she'd live.

"They didn't have any help for me at all," Horn says. "It was just: You die because you didn't belong in the world."

But her father refused to accept that for a final answer. He grabbed a blanket to wrap her in, hailed a taxicab and took her to Coney Island — and to Dr. Couney's infant exhibit.

"How do you feel knowing that people paid to see you?" her daughter asks.

"It's strange, but as long as they saw me and I was alive, it was all right," Horn says. "I think it was definitely more of a freak show. Something that they ordinarily did not see."
Horn's healing was on display for paying customers for quite a while. It was only after six months that she finally left the incubators.


What lessons can we take from Dr. Couney and his incubator?

First, conventional thinking is often wrong. In fact, it is not uncommon that some of the most rigid thinking is found in medical care. Many things that we accept today will undoubtedly be proven just as ill-advised as blood letting was in the 18th Century.

Second, never doubt the power of one person's passion, persistence and perseverance to change the world.

Dr. Couney had all three. And the world today is better off for it.
Posted by BeeLine at 9:00 PM