Another tax season has concluded and we can all breathe a sigh of relief until next year.

H&R Block has spent a lot of money this year on an advertising campaign with the tagline "Get Your Billion Back America" that is based on their argument that this is how much money people are leaving on the table by doing their own taxes. 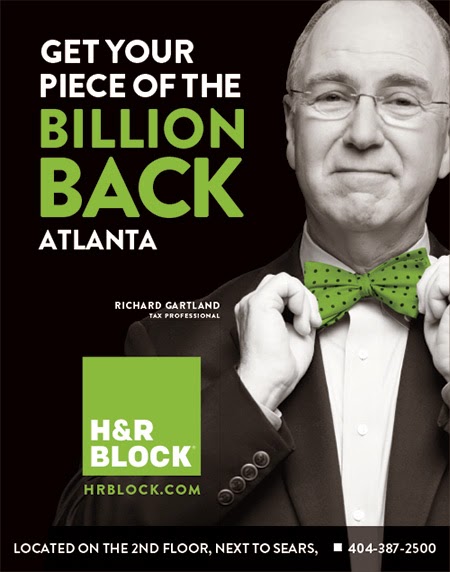 Let's look at that argument a little deeper with some context and perspective--things we enjoy doing at BeeLine.

Federal individual income tax collections for this year are estimated to be $1.4 trillion. Therefore, if $1 billion is being left on the table by taxpayers that did not use H&R Block that represents just .0007 of total tax collections. That seems to be a pretty small error rate.  $1 billion sounds like a lot of money until you put it into context.  $1 billion is chump change for our government.

As it is, well over 50% of tax returns are already prepared by paid preparers at considerable expense. H&R Block already prepares 1 out of every 6 tax returns in the United States with annual revenues of $2.9 billion for doing it. That is about 25 million tax returns.

In total, the tax return preparation industry is estimated to generate $10 billion in annual revenues according to IbisWorld. As far as I can tell this number does not include tax preparation fees paid to CPA's and other higher end tax preparation professionals. It only takes account of firms like H&R Block, Jackson Hewitt and Intuit's Turbo Tax software.

A 2011 study by the Laffer Center put the total estimated cost of direct outlays for tax preparation at $31.5 billion. It also cited research that put the total time spent with complying with the individual tax law annually at over 3 billion hours. Weighting that time by each income group was calculated to cost the U.S. economy an estimated $216 billion. That might be stretching the argument a bit. However, even if you value the time at the minimum wage the Democrats are lobbying for--$10 per hour---you have more than $30 billion in lost productivity in the economy in tax compliance costs by individuals.

Of course, there is also the question of whether a paid tax preparer is going to do the return correctly anyway. USA Today had a recent story citing a GAO undercover study that found many errors in returns done by paid preparers. In fact, the GAO actually found that tax returns prepared by preparers had a higher percentage of errors--60%--than self-prepared returns--50%.

The point here is not to beat up on H&R Block or other paid tax preparers. After all, I was a CPA and put a roof over my head preparing tax returns at one point in my life. It is really to ask if all of the cost, confusion and consternation to comply with the Internal Revenue Code is really necessary?
I might not be the most objective person in the country today having suffered the ravages of the alternative minimum tax and the new Obamacare Medicare tax among other indignities on my tax return this year.

It just seems that our tax system should not be so complex that taxpayers need to pay someone else to properly file their tax returns. It also should not have to be necessary for most everyone else to need a computer program to file their taxes to have any chance of filing it correctly.

All of this complexity is not needed to raise revenue. It is only necessary for government to have the power to legislate, regulate and stipulate what its citizens should and should not do. Picking winners and losers. Redistributing income. Promoting and protecting special interests rather than promoting the public interest. You don't need a massive and complex tax system to protect, defend and serve the general welfare. You do need one to manage, control and serve special interests.

Therefore, if we are to turn America around then the critical first turn of the wheel must come in reforming the tax system.

A good starting point in discussing tax reform would be to start with the underlying principle that our tax system should be used to raise revenue. It should not be a tool for supporting and promoting Big Government policies and philosophies and picking winners (and losers).

Big government derives its power by being able to pick the winners and losers. If government can't pick and choose among special interests it loses immense power.  A flat tax favors the people over the politicians. Therefore, a flat tax should be the centerpiece of any Republican platform in 2016. Making taxes simpler has enormous political appeal and that should be the primary mantra of Republicans on this issue. Herman Cain almost single-handedly propelled his campaign forward on one simple easy to understand issue-his 9-9-9 tax platform--in 2012.

As I wrote recently, 62% in a recent poll favor changing the tax system to a flat tax where everyone pays the same percentage of his or her income compared to only 33% opposed. Interestingly, a flat tax is favored by every income group by at least 10 points.  I think that shows how the power of the concept with voters.


I believe we are entering an era in which simple trumps complex, broad public interest defeats narrow special interests, and united beats divided. Now is the time to go broad, flat and simple in our tax policy as it is on the right side of the three major popular political trends I see in our future.