Rolling on a River of Debt

We live in a world awash in debt.

There is over $100 trillion in outstanding debt in the world today. 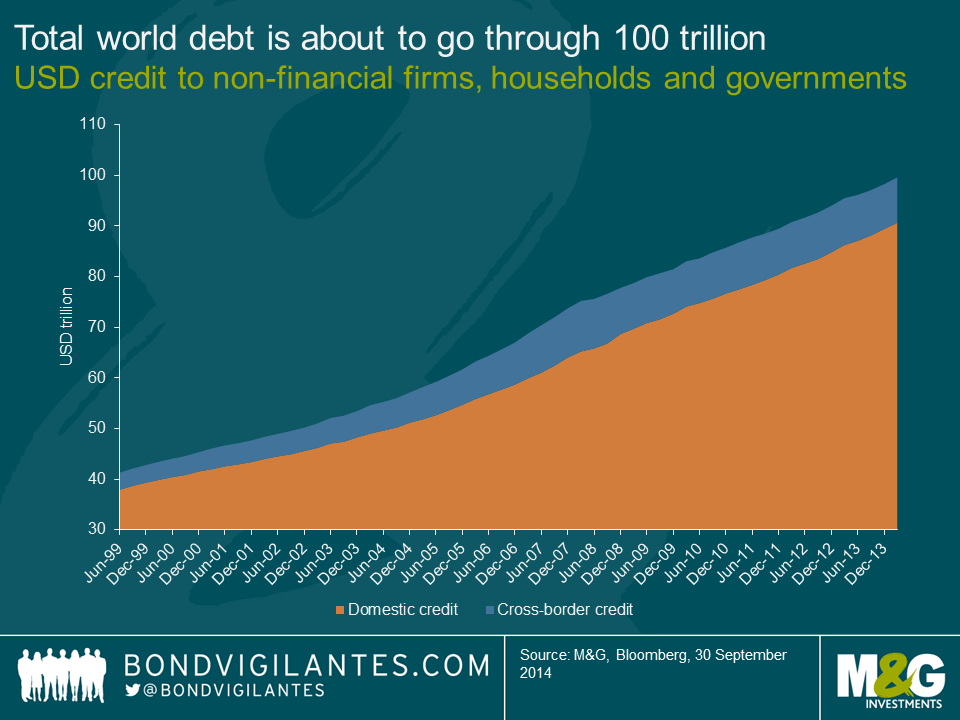 $30 trillion in global debt was added in just the six years between mid-2007 and mid-2013 according to this Bloomberg Business article.

Over the same period, the value of global equities fell by $4 trillion to $54 trillion.

It is not much different anywhere you look.

For example, look at the debt that has been taken on by Ohio's public universities over the last ten years as reported in a recent article in The Dayton Daily News.


Ohio State University's  debt outstanding has more than tripled to more than $2.6 billion.

Miami University's debt is up almost seven-fold from a measly $93 billion to where it now ranks third in total debt outstanding in the state at $641 billion.

The University of Cincinnati has over $1.2 billion of debt and Kent State and Akron each have approximately $500 million.

Bowling Green is the only major Ohio state university that seems to have been conservative with its debt load---it only has $147 million of IOU's.

The trend is the same across the nation.  Most public universities have at least doubled their debt load over the last decade according to Moody's Debt Service.

Where has the money gone from all of this borrowing?

Some went for new classroom buildings and technology upgrades. However, a lot of the debt has been taken on to pay for student amenities such as rec centers, student centers, food courts, hip residence halls, climbing walls and lazy rivers.

In recent years, colleges have embarked on a massive facilities binge in a competition to attract students that is reminiscent of the old-fashioned defense arms race between the U.S and the U.S.S.R. Dorms that resemble the TajMahal, recreation centers that look like they could be an Olympics venue and dining halls that are fit to serve meals straight from The Food Channel.

It all costs money and tuition and fees need to go up to pay for the luxuries and the added debt. Bucking the trend is career suicide to the college administrators should they fail to enroll the necessary numbers to fill their incoming classes.  After all, nobody wants to lose a good student and the tuition money that comes with her because they did not have a rock climbing wall in the rec center.

However, the reality is that the university borrows the money for the facility upgrade, it passes the cost on to the student, who has to take out a federal student loan to pay the tuition and fees, and the federal student loan program is, in turn, funded by additional federal government borrowings (or Federal Reserve QE)! 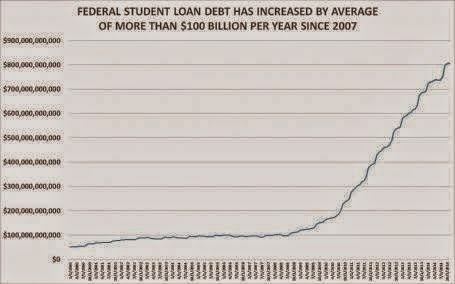 It is debt, on top of debt, on top of more debt, when all is said and done. Of course, all backed up by the full faith and credit of the U.S. government (translated " the American taxpayer".)

What is especially troubling about all of this additional debt is that we are entering a demographic period when we will be seeing declining numbers of high school graduates across most of the nation. This is particularly the case in Ohio which, along with most other Midwestern states, will experience some of the biggest declines in prospective college students over the next few years.

And the big wheel of borrowing and spending keeps turning.