It is called the Internal Revenue Service. 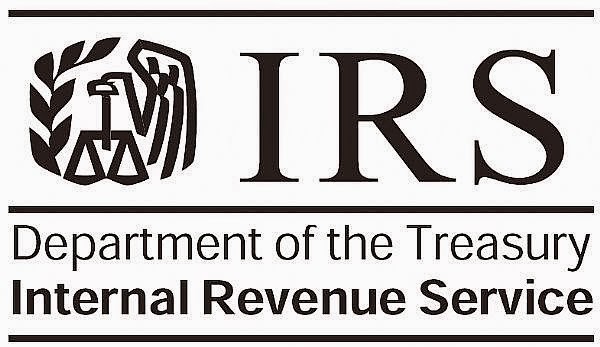 However, there is nothing internal about it.

Internal is defined as something that is inside of something else. That means it has limits and boundaries. I have seen no evidence of any limits anywhere at the Internal Revenue Service of late. On the other hand, there seems to be plenty of malfeasance, misconduct, misbehavior, mismanagement or mistakes. All of which seems to have no limits or boundaries

Infernal is defined this way according to Google's dictionary.


1. "of, relating to, or characteristic of hell or the underworld."


2. "irritating and tiresome (used for emphasis)."

It seems a little more fitting doesn't it?

Let's look at the recent record.

Lois Lerner. We still don't know the full story of what was going on in the Exempt Organizations Unit of the IRS which Lerner headed. However, all the evidence points to the fact that organizations were being targeted by the IRS based on their political views.

Lerner took the Fifth and we were later told by the Commissioner of the IRS John Koskinen that Lerner's emails had been lost forever after a computer crash and could not be retrieved from its archival storage. Of course, we found this was not true and it has subsequently "found" 35,000 Lerner emails of which 6,400 were just turned over to House of Representatives this week.

Of course, we all know what would happen to a taxpayer if they told the IRS they lost their supporting documentation.

Wayne Allyn Root. Mr. Root was in the same graduating class at Barack Obama at Columbia University in 1983. However, he has claimed that, despite having the same major as Obama, he does not know one person in his class at Columbia who knew Obama. Needless to say, he has been a vocal critic of the President over the years.

Root also found himself to be a frequent target of the IRS Audit Division after he starting voicing his concerns about Barack Obama, a fact that he did not think was coincidental, and which he wrote about in 2013.

This week he updated the story with new evidence in his IRS audit file which he recently obtained in a Freedom of Information Act (FOIA) request. I was a tax attorney for many years and was often involved with IRS audits, appeals and tax cases. The documents certainly raise questions in my mind about what the IRS was doing in this case.

You can view the documents yourself here and make up your own mind. Mismanagement? Misconduct? Mistake?

Taxpayer Service. It was also recently reported that 8 million phone calls from taxpayers went unanswered during tax season as the IRS cut millions from taxpayer services. Such much for Service in the name as well. Only 40% of those who called the IRS got through and many of them were put on hold for as long as 30 minutes.

Commissioner Koskinen stated that the reason that they had to cut taxpayer services was because "the agency is required by law to implement the health law, leaving him with few other places to cut." However, there seem to have been plenty of things in Obamacare that were in the law that ended up not being required. Funny how that works.

Obama Stimulus Tax Credits. It was reported this week that a recent Treasury Inspector General audit found that the IRS doled out more than $5.6 billion in refunds on tax returns for tuition tax credits. The questionable claims involved almost 4 million students where there was no documentation from the college that tuition has been paid or was from a school that did not qualify under the law.

The Inspector General stated "the IRS still does not have effective processes to identify erroneous claims for education credits.”

Almost $6 billion in bogus refunds in just one year. And we keep hearing that our taxes have to be raised because there is not enough money?

IRS Tax Cheats. Another report by the Treasury Inspector General that was released today found that the IRS refused to fire the majority of its workers who were found to have cheated on their tax returns. In fact, in some cased these IRS employees were actually promoted within a year of the offense.

During the decade from 2004 to 2013, the IRS identified nearly 130,000 potential cases of tax violations by its own employees, and concluded about 10 percent of those were actual violations.

Of those 13,000 cases, 1,580 were deemed to be intentional cheaters, and they were sent to managers for discipline. But in 60 percent of the cases, the managers refused to fire the employees.

Among the abuses were employees who repeatedly failed to file their returns on time, those who intentionally inflated their expenses and those who claimed the stimulus homebuyer’s tax credit without actually buying a home.


Take another look at the IRS logo.

Note the scale of justice.

Does that look the way the IRS is doing its job?