I often write about the distinctive difference in how liberals and conservatives view the world. That view very much shapes their political opinions.

Liberals are more theoretical and idealistic...and driven more by emotion than facts.  Conservatives tend to be more practical and pragmatic when looking at the world.
Most liberal ideas are well meaning and well intentioned. In a theoretical laboratory these ideas make a lot of sense. I think that is why so many academics are liberals. The ideas make such great sense in the classroom or a textbook. Unfortunately, in the real world these ideas must face reality. A reality where human beings make decisions based on incentives or disincentives relative to their own self-interest. A reality where unintended consequences often have much greater effects than the intended consequences.

It is in that reality that much liberals ideas begin to fall apart.

There is no state in the union that has more liberals than California. Liberal Democrats have controlled the State Senate since 1970. They have had a majority in the California Assembly over the same period but for the two years 1995 and 1996. California has voted for the Democrat in every Presidential election since 1992. Hillary Clinton beat Donald Trump by a margin of more than 4.3 million votes in the state in 2016.

Therefore, it should not be a surprise that the state of California leads the nation in proposals and policies that are so detached from reality.

Here are few examples I have come across in the last several months.

Upset that federal tax law now limits the deductibility of state and local taxes, the California legislature is considering a scheme that would allow taxpayers to make "charitable" contributions to the state in lieu of their tax payments.

As someone who practiced tax law for a number of years, I can tell you it is well established law that for a charitable gift to be considered deductible it must stem from "detached and disinterested generosity."

Allowing a taxpayer to take a required tax payment and allowing them to make a "charitable" gift to the state in lieu of it is not "detached" generosity.  Thinking that this might be a way around the state tax limitation is detached from reality.

The second example is California's quixotic pursuit of a high speed rail line in the state. The project was narrowly approved by voters by a statewide ballot issue in 2008 who approved $9.95 billion in bond issuance. Where are we almost a decade later? If you listen to Governor Jerry Brown and the California High Speed Rail Authority the project is steadily advancing. The San Diego Union-Tribune explains that they may be slightly detached from the reality of the situation.

The truth is the project not only is seven years behind schedule, it has exploded in cost — to $64 billion — while shrinking in scope. The truth also is the rail authority has failed to honor a key promise made in 2008 to win passage of Proposition 1A — that construction of the first segment wouldn’t start unless the state had enough funding in hand to build a segment that could be self-sustaining. The state is now proceeding with the construction of a first segment going from San Jose to ... an almond orchard in rural Kern County. That is laughable.

The reality is that the project has no CEO right now, it has no realistic way to finance the project and ridership projections show that the train line will not ever come close to be self sustaining. In short, the project is totally detached from reality.

You also cannot be much further detached from reality than when you look at what California's position is on illegal immigration.

California enacted a law effective January 1 that officially makes it a "sanctuary" state that bars police from asking individuals who are arrested their immigration status or cooperating with federal immigration enforcement activities.

I have found this particularly amusing as several years ago liberals were arguing that Arizona could not enforce its tough illegal immigration law because immigration policy was specifically reserved in the U.S. Constitution to the federal government. That was when the Obama administration chose not to enforce U.S. immigration law. Now that Trump wants to enforce the law, liberals are all of a sudden interested in state's rights.

Things are so far off the rails in California that the state's Attorney General has threatened employers with fines of as much of $10,000 to employers in the state who cooperate with federal immigration authorities based on this law. Employers are thus faced with violating federal law or violating state law. Talk about detached from reality.

Last, but certainly not least, we have the city of Stockton, California which has launched an experimental program to provide a minimum universal basic income to every resident of $500 per month with no questions asked. The plan is the brainchild of the 27-year old Democrat Mayor of Stockton, Michael Tubbs.

Why could go wrong with this?


What makes it even more detached from reality is that the city of Stockton previously filed for  bankruptcy in 2012 after a 15-year spending binge.

"Go West, Young Man" is a phrase that was used in the 19th century to those who were looking for opportunity.

It seems that there are many in California today that are deciding that the future is much brighter in going East.

In fact, the latest census projections estimate that California may actually lose a Congressional seat (and an electoral vote) after the next decennial census in 2020. This is shocking considering that California gained seven seats between 1980 and 1990 alone.

The San Francisco media is even taking notice as explained in this story last week by CBS-TV affiliate KPXI, "San Francisco Area Experiences Mass Exodus of Residents" which now rates as the nation's leading area for out-migration.

One interesting factoid from the story.

Operators of a San Jose U-Haul business say one of their biggest problems is getting its rental moving vans back because so many are on a one-way ticket out of town. 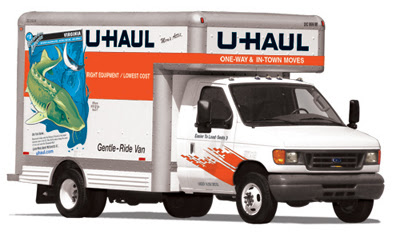 It is heartening to see that increasing numbers are seeing the reality of what California has become.

It is depressing to see so many millions more continuing to live (and vote) totally detached from that reality.

Will we see a day in the near future when that changes?

That is my fervent hope because I love California and what it once stood for and symbolized for so many who went West.

Unfortunately, right now that hope is detached from reality.