One of the key principles that underlies our government and society is that our justice system will be  fair, balanced and non-partisan. 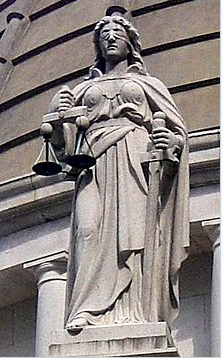 That ideal is personified by a blindfolded Lady Justice who also stands for a moral force in our justice system that wealth, power or status does matter.  Justice is to be administered impartially. Our law enforcement and justice officials are not supposed to have their hands on the scales of justice. They are not supposed to play favorites. They are certainly not supposed to use their powers to target and trap their enemies.

Violating this trust is an attack on the most sacred of the foundational pillars that support our society.

The release of the so-called "Nunes FISA memorandum" should give everyone pause as to the extent to which our justice system may have been compromised at the highest levels.

We may find that there are valid reasons and explanations for the actions of the FBI and the Justice Department in the investigation of Trump and certain of his campaign associates. On the other hand, we may find that what we have seen so far is the mere tip of the iceberg of illegal and unethical actions. Time will only tell.

However, how did we even get to this place in the first place?

It goes without saying that we would not be here right now if Hillary Rodham Clinton had been elected President.

All of what we have seen thus far (or is yet to come out) would have been buried deep within the deep state.

Many actions would never have occurred because it appears that there was lot of activity (and panic) once Donald Trump was elected President. That may have caused fear of disclosure and established the need to cover tracks and and create misdirection from the true case at hand.

Where did it all start?

It started with Hillary Clinton wanting to evade the potential complications of the Freedom of Information Act while serving as Secretary of State. Therefore, she went to all the time and trouble to establish a private server to use for all of her email correspondence. Never mind that its intent was to evade the law. Never mind that it would inevitably lead to classified information finding its way on to that server. Clinton valued her reputation more than the security of her country.

She also knew that no one was going to stop her and tell her no.

This ultimately led to Secretary Clinton exchanging emails with President Obama on that private server. Those emails included correspondence that took place while Secretary of State Clinton was  on foreign soil---in Russia of all places. What is even more telling is that she corresponded with Obama as he was also using an unofficial email address with a pseudonym that was also likely unsecure.

Why was the Hillary email investigation whitewashed by the FBI?  Clearly they did not want to indict the Democrat nominee for President. Someone most expected (and probably wanted) to be President. However, a bigger problem for the Justice Department and the FBI was that an indictment of Hillary would also surely implicate the President of the United States as well.

In addition, consider that Obama stated in a 60 Minutes interview that he found out about Hillary's private server same way everyone else did---on the news.

That clearly was not true.

If Clinton had been charged, Obama’s culpable involvement would have been patent. In any prosecution of Clinton, the Clinton–Obama emails would have been in the spotlight. For the prosecution, they would be more proof of willful (or, if you prefer, grossly negligent) mishandling of intelligence. More significantly, for Clinton’s defense, they would show that Obama was complicit in Clinton’s conduct yet faced no criminal charges.

That is why such an indictment of Hillary Clinton was never going to happen. The latest jaw-dropping disclosures of text messages between FBI agent Peter Strzok and his paramour, FBI lawyer Lisa Page, illustrate this point.


Of course, none of this is a problem if Clinton succeeds Obama. He covered for her. She would cover for him. The FBI covered for both of them with a blind eye. The public would never know.

However, the election of Donald Trump changed everything. Here was a guy who was not a member of the club and could not be trusted to protect the deep state. The election of Trump represented an uncontrollable risk to the FBI and the Department of Justice.

The only answer to cover their mendacity was to begin a case of misdirection.

It may actually be true that the FBI believed that an "insurance policy" was necessary in the event that Trump was elected President. Various reports suggest that may be the case.

For example, it appears that the FBI first approached a FISA court judge with a request to put the Trump campaign associates under surveillance in June, 2016. Interestingly, this is right after Trump sealed the GOP nomination.

Giving the FBI the benefit of the doubt, this request could have been motivated by concerns about then campaign manager Paul Manafort who had many ties with Russia and Ukraine, who Trump had hired in March, 2016.

However, the reports are that this FISA request was rejected by the court.

Manafort was subsequently fired by Trump in August, 2016 when he learned that Manafort may have been under investigation for some shady dealings with a pro-Russia party in the Ukraine
l
The FBI then came back to the FISA court with another request in October, 2016 targeting a former volunteer campaign advisor named Carter Page. Page was an energy expert and had Russian connections. However, by October, 2016 the Trump campaign had severed ties with Page. Nevertheless, the FBI asked for what is called "Title I" surveillance authority in a FISA warrant request. This allows the FBI to literally look at anything Carter Page has ever done. They can tap his phone, read all his emails, enter his house or place of business and place bugs. They can also look at these records as far back as they want.

More troubling is that the Title I surveillance of Page "allowed the FBI to look at every single person he came in contact with; and every single aspect of their lives and their activities in growing and concentric circles; without limits to current time or historic review."

In effect, by putting Page under surveillance the FBI also had the potential to put anyone he ever came into contact under surveillance. It is if Carter Page was patient zero in a virus that expands exponentially in the population. In this way getting the FISA warrant on Page was potentially a key to opening up all sorts of intelligence of Trump and his staff.

This broad authority for Title I surveillance under FISA is why there are very strict requirements on its use. In effect, the FBI has to be able to prove that the person being surveilled is a foreign agent or spy. Nothing less will do.

This gives you a sense of what is required under the statute in order to undertake a Title I surveillance warrant.

Was Carter Page a Russian spy or was he just an energy expert with a lot of contacts with Russia?


That will be a key question to be resolved, but in order to get the FISA warrant the FBI had to convince the judge that he was a Russian spy.

This is where the infamous Steele dossier comes in. That seems to be a principal piece of evidence in the FISA filing against Page.

However, this is the same dossier that FBI Director James Comey testified before Congress contained "salacious and unverified" allegations.

We also now know that the funding for the Steele dossier was paid for in part by the Hillary Clinton campaign. We also now know that Christopher Steele (the former British MI6 agent who authored the dossier) had a deep animus toward Trump. As a result, he was sharing the dossier with media outlets before the election with the obvious intent of harming Trump's Presidential prospects.

What I find really interesting is that the Democrats are arguing that the Steele dossier is true and they claim it shows that Trump was deeply involved with the Russians. Their argument is that the Russians were working with Trump to prevent Clinton from winning.

However, if the latter is true, why would the Russians have given such supposedly damaging information to Steele before the election that would harm their candidate?  If Trump was their guy why would they undermine his candidacy with Steele? That would be working against their interests.

Don't you think the Russians are smarter than that?

It doesn't add up.

Everything involved here looks to me like an attempt at misdirection to take the focus off of Obama, Clinton, the Democrats and the FBI. Their objective is to point their finger at Trump and the Russians so that no one is pointing the finger at them.

I was in law school at the time of Watergate.

If Watergate showed us anything it is that the cover-up always seems be worse than the original crime in Washington.

Watergate began with a bungled robbery of the Democratic National Committee offices by former CIA operatives in an attempt to gain access to DNC files and wiretap the offices. There was never any proof that I saw that Richard Nixon knew about the plans for the original break-in. However, he did get involved in attempting to cover-up his campaign's involvement after the fact. It led to his
resignation. 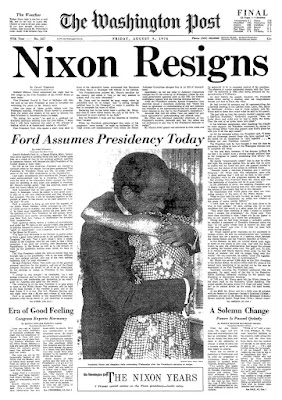 Does any of that sound familiar?

However, Watergate is nothing compared to what possibly occurred in this case. This is a million times worse.

We may have had the FBI and Department of Justice being weaponized to attempt to force a duly elected President from office. The scary thing is that it could very well have been done to simply cover-up their own mendacity and misdeeds.

There is undoubtedly much more that we have yet to learn.

It took a long time for the truth to come out about Watergate and that was with a determined press who desperately wanted to find Nixon guilty of a crime.

It is ironic that the media today is doing everything in its power to aid in the misdirection. There is little interest in finding the truth.

It should give all Americans great concern.

We can only hope that truth will prevail and that Lady Justice really has the blindfold on when it does.