One of the reasons that I write BeeLine is to challenge my mind. It takes a lot of reading and research to do that. It is also a continuing challenge to take what I learn and turn out a blog that provides the content and context to make it interesting for you to read.

I am also always looking for new perspectives that challenge my assumptions. You can only grow if you are willing to do that. Hopefully, my writing also challenges your view of the world from time to time.

I recently came across some interesting research that has made me rethink some assumptions that I have held.

The first assumption was my belief that most people who got tattoos were insecure or had self-esteem issues. Getting a tattoo represented a way for them to draw attention to themselves and feel more important or special.

This seemed to be supported by a statement I saw one time from a Navy SEALs training instructor when he was asked if there was a way he could predict which recruits would fail BUD/S training. He answered that the best indicator was the number of tattoos the recruit had when he entered training. The greater the number, the greater the odds the recruit would ring the bell.

I also have long thought that a lot of problems in the African-American community were caused by issues of low self-esteem. I often read that low self-esteem among blacks was the root cause of problems ranging from academic underachievement to crime in the black community.

You even see that in the hype surrounding the new Black Panther movie featuring a superhero who is black. The film has been setting box office records since its release on February 16 due in part to its appeal to African-American audiences. 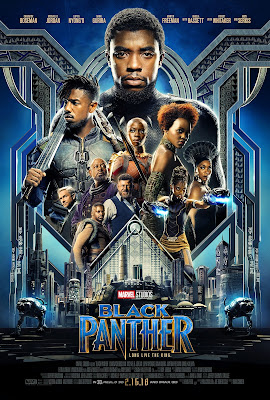 Consider this recent The New York Times Magazine article "Why 'Black Panther is a Defining Moment for Black America".


Ryan Coogler’s film is a vivid re-imagination of something black Americans have cherished for centuries — Africa as a dream of our wholeness, greatness and self-realization.

“Black Panther,” ... is steeped very specifically and purposefully in its blackness. “It’s the first time in a very long time that we’re seeing a film with centered black people, where we have a lot of agency,” says Jamie Broadnax, the founder of Black Girl Nerds, a pop-culture site focused on sci-fi and comic-book fandoms. These characters, she notes, “are rulers of a kingdom, inventors and creators of advanced technology. We’re not dealing with black pain, and black suffering, and black poverty” — the usual topics of acclaimed movies about the black experience.

In a video posted to Twitter in December, which has since gone viral, three young men are seen fawning over the “Black Panther” poster at a movie theater. One jokingly embraces the poster while another asks, rhetorically: “This is what white people get to feel all the time?” There is laughter before someone says, as though delivering the punch line to the most painful joke ever told: “I would love this country, too.”


All of this seems to point to African-Americans who are insecure in their own country with low self-esteem that is preventing them from succeeding in America.

It is a common narrative and one that I assumed to be true just as I assumed that insecure people were hiding behind their tattoos.

It turns out that my assumptions were incorrect.

The reality, based on research I recently discovered, is that black youth actually have self-esteem that is at least as healthy as their white counterparts according to a study done at UNC-Chapel Hill.

Bernadette Gray-Little, a professor of psychology at the University of North Carolina, performed a complex review of every piece of research available on black self-esteem. Using a technique called meta-analysis, her research culled data from the studies and treated them as if they were part of one giant study making her results less likely to be the result of chance.

'There have been inconsistencies in the results of the studies on this topic over time,' says Gray-Little. 'I wanted to see if I could find any basis for a firm conclusion. And if inconsistencies occurred, I wanted to know when and why.'

She found that before the age of 10, whites slightly surpass blacks in self-esteem. Everyone's self-esteem dips in the later years of school. After that, blacks narrowly but consistently surpass whites, up to the age of 21, the upper limit of the study.

This finding led me to look for other research on self-esteem.

It turns out that black women are also consistently found to have higher self-esteem than white or Hispanic women according to an article in Glamour magazine.

They were far more likely to describe themselves as successful (44 percent said so, compared with 30 percent of white women and 21 percent of Hispanic) and beautiful (59 percent, versus 25 and 32 percent). That’s consistent with other studies, says Jean Twenge, Ph.D., who has examined the effect of race on self-confidence. “Research shows black women score higher on self-esteem than women of other races and ethnicities, which may seem surprising, given the long history of prejudice and discrimination they have faced," she said.


And black women who wear their hair naturally have higher self-esteem than those that don't according to this study.

There is an association between favorable responses from society, earning middle class income, having advanced degrees and wearing hair naturally among Black women. We also found that Black women who wear their hair naturally generally felt better about themselves. We maintain that feeling good about oneself leads to greater life, career and academic success.

What really surprised me were the numerous studies that have found that criminals generally all have very high self-esteem. In fact, some studies suggest that there is no group of individuals that have higher self-esteem.

This belief that increasing self-esteem among the members of society will increase goodness in society spread through the rest of America like proverbial wildfire.

Florida State University Prof. Roy Baumeister (PhD psychology, Princeton University) has revealed that in a lifetime of study of violent criminals, the one characteristic nearly all these criminals share is high self-esteem.


As I thought about it further it does make sense. Someone who commits a crime must do so with some type of superior attitude. They also must believe they can get away with it. They have too much confidence...not too little.

To take this a step further, research has shown that among adolescents in America that Asian-Americans score the lowest in self esteem.


I find this interesting when you compare self-esteem to academic results for these adolescents. 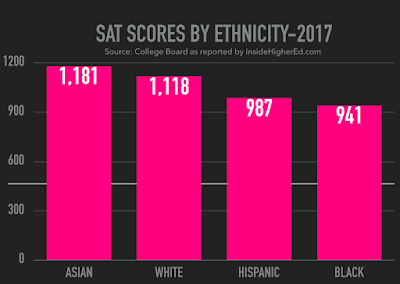 Or when you compare it to incarceration rates. 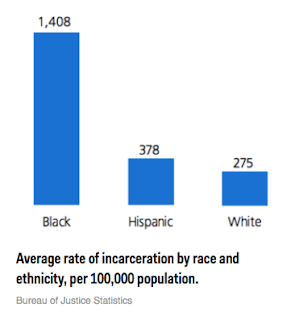 Asians were not included in the data above but the Bureau of Prisons reports that there are currently 2,298 prisoners of Asian descent in federal prisons right now. It is estimated that there are about 18 million Asians in the United States. That would be make the average rate of incarceration for Asians at approximately 127 per 100,000---less than half the rate for Whites and less than 10% of that of Blacks.

Is it a coincidence that parents of Asian heritage have a different mindset involving parenting than other American parents? I have written a couple of times in the past about "Tiger Moms" and their parenting style here and here. Amy Chua wrote an essay in The Wall Street Journal several years ago, "Why Chinese Mothers Are Superior". Notice what she says about the subject of self-esteem.

Western parents are too concerned about their children's self esteem.  Chinese are not. Asians assume strength in their children, not fragility.  Therefore, they push hard on them and hold them accountable for results.

Chinese parents believe their children owe them something.  Many Americans seem to believe that since they were responsible for bringing the child into the world that they owe the child in some way.


Perhaps the ideas that took hold 30 years ago that we needed to make everyone feel good about themselves was based on a bad assumption?

Perhaps we should not have been handing trophies to everyone in the league and telling everyone to celebrate their unique identity?

Could it be that those who are a product of a culture where you are just one of BILLIONS have a better understanding of what it takes to stand out in a crowd  They understand that not everyone is special. You become special through your hard work and your results.

That brings us back to tattoos.

However, women with four tattoos or more also have four times the rate of suicide as women with no tattoos.

Does this suggest that women who have higher self-esteem get tattoos only to discover later that their self-image is not what they thought it was? The real world does not meet the expectations of their world?

Perhaps all of this also explains SEALs and tattoos. Recruits with tattoos are the least likely to survive BUD/S training. That seems to suggest that those that came in with the biggest egos and self-esteem get cut down pretty quickly to size. The reality is a shock that they cannot cope with. As a result, they are more likely to quit.

However, Robert O'Neill (The Seal Team 6 member who killed Bin Laden) stated in his book (The Operator) that most special operators today have tattoos. They must get them after surviving BUD/S and getting their Trident. Perhaps that suggests that those with more humility and lower self esteem going into BUD/S training are stronger of mind and spirit. They believe they have something to prove. However, getting through training really boosts their confidence and self-esteem  (which what the training is supposed to do) leading them to want to display that self-esteem externally with tattoos.

The bigger lesson here is that you can never assume too much. You must always look at everything with a humble mind and spirit. Chances are high that you don't know as much as you think you do. You are also likely to not be as special as your mother (assuming you did not have a Tiger Mom) told you were.

The following lesson was written down for us many, many years ago.

When pride comes, then comes disgrace,
but with humility comes wisdom.
-Proverbs 11:2


Self-Esteem is overrated. Humility is underrated.

It is the Truth.

No assumption is needed.