Is Liberalism A Mental Disorder?

In looking at the proposals and policy positions of hard core liberals I find it hard to understand what they are thinking.

In so many ways it seems that there is no connection to reality.

Defunding the police is going to make us safer?

Paying people not to work is good for them and our society?

Almost all problems in the United States are the result of white privilege?

We should allow biological males to compete with females in sporting events based on how they "identify" themselves rather than based on the genetic material in their bodies?

Attempting to ban the most efficient and cost-effective energy sources (the sources of which the United States leads the world) based on unproven models and theories about global warming?

Prosecuting and penalizing people for harming sea turtle eggs but arguing that we need to allow abortions up to and through the birth of a human being?

Welcoming hordes of illegal aliens along our southern border but doing nothing for people who risked their lives to support our troops in Afghanistan? 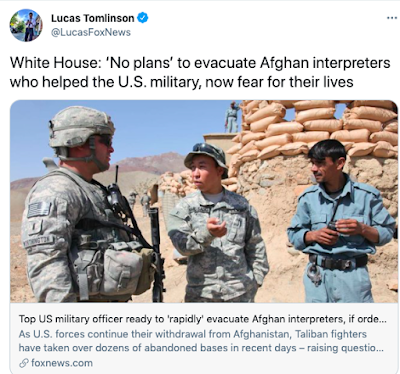 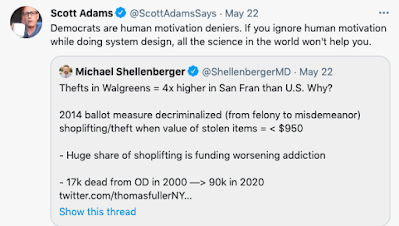 That is one way to look at it.

There is a big difference between theory and reality when it comes to human beings.

Most liberal ideas are well meaning and well intentioned. In a theoretical laboratory these ideas make a lot of sense.  I think that is why so many academics are liberal. The ideas make such great sense in the classroom or a textbook. The world would be such a great place if they did work.

Radio commentator Michael Savage wrote a book titled "Liberalism Is A Mental Disorder" about 15 years ago. 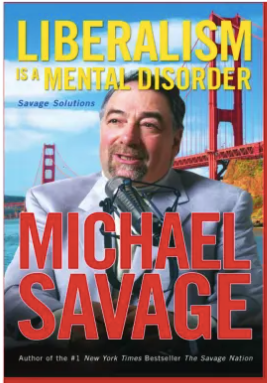 His thesis is that the difference between what one believes and what reality and nature are is a measure of mental illness.

For example, consider the phenomenon of white millennial women dominating the Black Lives Matter protests a year ago and their avid support of defunding the police that I wrote about last year.

How many young, white women do you see in this picture supporting BLM's calls to defund the police?

How many Blacks do you see in that picture? 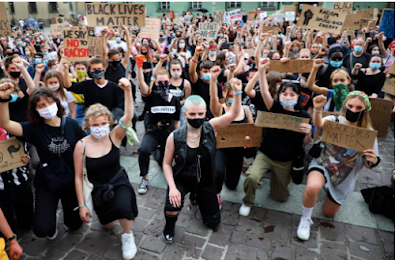 This is what I wrote on all of this last July.

The biggest mystery to me regarding white millennial women who are supporting the Black Lives Matter movement so fervently is trying to figure out how they can be in favor of "Defunding the Police".

Who do these young women think is going to bear the highest cost in our society if we defund the police? Does it cross their mind that a reduction in police presence might negatively affect them?

That is an example of a huge  difference in "beliefs" and "reality" that Savage points to in questioning mental fitness.

I used to think that Savage was merely using hyperbole when he compared liberalism with mental illness. It seemed a little bit over the top. I believed he was just doing it to get ratings and sell books.

The events of recent years has made me start to question whether there might be some truth in what he says.

This was reinforced recently with this survey from Pew Research that is interesting to consider.

That is a pretty big difference between those who consider themselves liberal versus those who identify as conservatives when it comes to a medical opinion of their mental health condition.

More troubling was the breakdown of this survey of young women under age 30.

56% of white liberal women aged 18-29 have been told they have a mental condition by a doctor or other healthcare provider.

The entire events of last summer make more sense when you see this survey data.

It should be noted that this survey was done in March, 2020 before BLM was even in the headlines.

All of this is not to say that there aren't Conservatives who have mental illness challenges. Look no further than those who are convinced that Joe Biden is in Hollywood acting as if he were President because he has been locked out of The White House and the Pentagon by the military.

You also have those on the Right who believe that Trump is going to be miraculously reinstalled as President sometime this summer based on some far-fetched conspiracy theory.

There could not be a wider gulf between beliefs and reality here as well.

Psychiatrist Lyle Rossiter, Jr., M.D. has written a book on the subject that attempts to answer the questions of how the liberal mind works with an in-depth examination of the psychological reasons behind it all.

I haven't read the book but it offers an interesting perspective that might be worth considering from someone who has treated mental disorders for over 40 years. 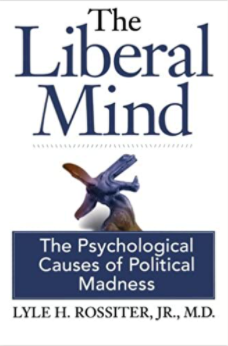 This is an excerpt from the book cover. 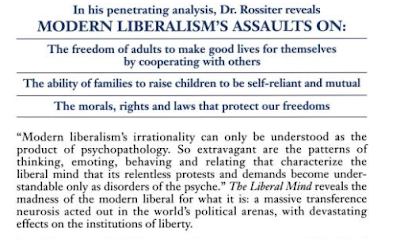 Is liberalism a mental disorder?

The fact that this question has even been asked is troubling in itself.

Of course, the more we see support for proposals that make no rational sense and do nothing to advance the best interests of our society, our security, our safety, our economy, our nation, our families, or our individual freedoms, the more rational it becomes to ask the question.