I had the privilege of meeting Ron Clark and visiting the school he co-founded in Atlanta, Ron Clark Academy, last week.

If you are not familiar with Ron Clark you should be.  He is a man that is making a difference.

Ron gained acclaim as the Disney National Teacher of the Year in 2000 for his work in teaching students in Harlem in New York City.  His engaging and innovative approach to classroom teaching resulted in tremendous academic gains for the inner city students who were considered to have limited potential.

Clark's experience in Harlem was the focus of a 2006 made-for-tv movie, The Ron Clark Story, that starred Matthew Perry in the title role. 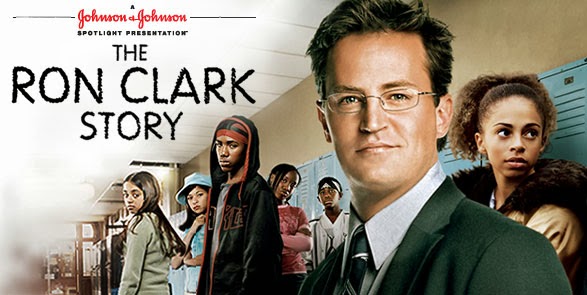 He co-founded the Ron Clark Academy in 2007 with Kim Bearden, who was also a Disney Teacher of the Year winner, with the goal of creating a school unlike any other in the world focused on the very best learning environment.  He also wanted the school to be a laboratory for other teachers around the world to be able to come to the Ron Clark Academy to learn their methods and techniques and take them back to their own schools. He currently hosts around 3,000 educators a year this way.

Clark's ultimate goal is no less than to transform education and our world. From what I saw he is off to a great start with the 5th to 8th graders who attend the school.

What strikes you immediately upon entering the Ron Clark Academy is a noticeable energy and optimism that pervades everything.  As I was standing just inside the front door waiting for Ron and Kim, one student after another came right up to me, looked me in the eye, introduced themselves and asked what my name was and where I was from.  These were mostly 5th and 6th graders but their demeanor and confidence probably surpassed 99% of any high school student you might meet.

Lest you think that Clark's private school is skimming the cream of the crop from Atlanta, over 75% of the kids are in single-parent homes and a similar percentage come from households that make less than $34,000 per year.

Clark using a competitive admissions policy but he purposely admits about 1/3 of students in the lower half of their class, 1/3 in the middle and 1/3 near the top.  He does this as he wants to demonstrate that his teaching methods work across the board.

What struck me the most on my visit was the fact that I was observing many of the principles first-hand that I recently wrote about in my blog posts, "Most Likely To Succeed" and "Toil, Training and Talent".

In "Most Likely To Succeed" I cited Malcolm Gladwell's research that showed how important good teaching was to the success of students and how critical it was for a teacher to actively engage and relate with students in the classroom.

I had the opportunity to watch Ron teach a math class to his 5th graders.  It was high energy all the way with Ron often jumping on the desks of students to make a point.  A student in the front row had bongo drums and belted out a bongo beat every time a student got the right answer.  Ron had every student on the edge of their seats in rapt attention as he taught Algebra (yes, Algebra!) to 5th graders.  He sang, he did rhymes, and he did whatever was necessary to relate and engage every student in the classroom.

At the conclusion of the class Ron put a problem on the board and told the students to solve it.  He told them if 3/4 of them got it right he would press the "red button".  He jumped on their desks and walked around looking at their papers to see their answers counting out the correct answers.  I couldn't help but hope we got the 16 right answers to see what happened when he hit that button.

Thankfully, the goal was reached, the button was pushed, the room darkened, sparkling lights and rocking music came on.  The students all jumped up dancing and screaming.  Several came over to us giving us high fives.  It was a sight to behold.

Ron told me that it his philosophy to teach to the smartest kid in the room.  It keeps the smart kids engaged and it also brings the poorer students up to levels that they otherwise would not achieve.  He sincerely believes that kids respond when you believe in them and give them the opportunity to excel. And his record of success confirms it.

In "Toil, Training and Talent",  I wrote about Matthew Syed's book, Bounce, and his argument that "talent" is vastly overrated.  What most people call talent is really just hard work.  It is about toiling and training for long hours. Practice, practice, practice. And believing in yourself.  Of course, to believe in yourself it helps immensely for someone else to first believe in you. Ron Clark believes in his kids.

Ron Clark also believes in hard work, deliberate effort and purposeful practice which are also the cornerstones of Syed's prescription for talent.

I thought it was interesting that the first three core principles and values of the Ron Clark Academy were the following:

1. Teach children to believe in themselves and don't destroy the dream

2. Not every child deserves a cookie (Clark uses incentives to get results. He also does not hand out cookies, grades or rewards unless they are earned.  He is not concerned about short-term hurt feelings but long-term results.

3. Define your expectations and then raise the bar: the more you expect, the better the result will be.