I posted this blog post last year and it remains the third most viewed since I started writing BeeLine almost four years ago. It should be a reminder to be thankful for lessons learned and thoughtful about living our lives true to our Lord.

I am thankful for many things.  My family. My friends. My job. I could go on and on. The list is very long.

I am most thankful I was born in the United States of America.  A country founded on the concept of individual rights and freedom.  A country that has embraced the idea of economic freedom, property rights, and capitalism.

Of course, I was born at a different time than where we seem to be today in our attitudes about some of these ideals. Will our young people be as thankful as I am about their country of birth?  I certainly hope so.  However, it amazes me how we fail to accept the reality of the failings and foibles of the human condition throughout history. As a result, the same mistakes and missteps plague us no matter how many times the history lesson is taught.

Look no further than Venezuela. What was once the one of the most prosperous South American countries now languishes under a socialist regime despite rich natural resources. Communist North Korea can't feed its own people while South Korea is giving a tablet computer to every school child.

Taiwan flourished in freedom while Red China floundered for decades before they embraced capitalist-based economic reforms. The same was true for East and West Germany.  In all of these cases there was no difference in the people.  They were literally blood brothers and sisters. It was the governmental system and economic philosophy that made the difference between prosperity and poverty for the nation's people.

Speaking of history, let's revisit the story of the Pilgrims and the origins of Thanksgiving Day. The story as I learned it in school was about a group of rugged individuals who set sail on The Mayflower in 1620 seeking religious freedom in America.  They encountered many hardships that first year but thanks to help from Indians and the Grace of God (I am sure this is no longer mentioned in the textbooks) they reaped a bountiful harvest in the following year and gave thanksgiving with a giant feast.


The real story is much more enlightening.  It also shows that there is absolutely no question about which system works best to provide the most prosperity for the most people and limits poverty. There should be no debate and no question. It has been shown to be true over and over again.  However, over and over, we see those who think there is a better, more humane way, to best provide for people in a society. 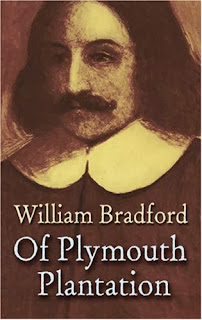 One of the best summaries I have read about the Pilgrim story was written by Dr. Judd W. Patton, "The Pilgrim Story: Vital Insights And Lessons For Today".

Let's start at the beginning. When the Pilgrims decided to set sail for America they had a problem not uncommon to many of us. They did not have enough money. They lacked the funds to sail to America, equip and establish their colony.  As a result, they got financial help from some investors who financed New World adventures in return for a share of what the colonists made through farming, fishing, trade and other working endeavors.


The contract between the Adventurers (Investors) and the Pilgrims consisted of ten points. The most critical of which stated, “That all such persons as are of this colony are to have their meat, drink, apparel, and all provisions out of the common stock and goods of the said colony.”

Today we would call this a socialist commune. In other words, the Pilgrims accepted the socialist principle, “from each according to his ability, to each according to his need.” Each person was to place his production into the common warehouse and receive back, through the Governor, only what he needed for himself or his family. The surplus after seven years was to be divided equally, along with the houses, lands, and chattels, “betwixt the Adventurers and Planters.”

The first year after they set sail for America was particularly difficult.  The voyage itself took sixty-six days. They landed first on Cape Cod even though they had intended to reach the mouth of the Hudson River.  They spent another month sailing the coast of Cape Cod until they finally decided to settle in Plymouth at the site of an old Indian village on December 21, 1620.

Within two months, half of their numbers died. Of the 24 families who had set sail, only four were untouched by death that first year. Four other families were wiped out completely. Those that made it to that first Thanksgiving were thankful.  However, it wasn't necessarily because of a bountiful harvest. They were just happy to have survived.


Contrary to legend the harvests were extremely poor in 1621 and 1622. It was normal to be hungry. Governor Bradford referred to 1621 as the “the small harvest” year.  Yet he notes that in “the summer there was no want.” Thankful for what God had given them, Governor Bradford declared a three-day feast for the purpose of prayer and celebration. We all know it as the first New England Thanksgiving – apparently observed in late summer.

Things were marginally better in 1622. The harvest was a little better but many Pilgrims held back and did not work as hard as others.  There was stealing and hoarding. Bradford and the other Pilgrim leaders recognized that this would continue unless they changed the system.  What could they do to prevent another poor harvest?

This is how Governor Bradford tells it in "Of Plymouth Plantation".


“So they began to think how they might raise as much corn as they could, and obtain a better crop than they had done, that they might not still languish in misery. At length, after much debate of things, the Governor (with the advice of the chiefest amongst them) gave way that they should set corn every man for his own particular, and in that regard trust to themselves; in all other things to go on in the general way as before. And so assigned to every family a parcel of land…This had very good success, for it made all hands very industrious, so as much more corn was planted than otherwise…The women now went willingly into the field, and took the little ones with them to set corn; which before would allege weakness and inability; whom to have compelled would have been thought great tyranny and oppression.”

The socialist system was discarded and replaced with a system that was built on individual property rights that put the trust in individual initiative to take care of the common good of the colony.

How did that work out?


In 1621, the Pilgrims planted only 26 acres. Sixty acres were planted in 1622.  But in 1623, spurred on by individual enterprise, 184 acres were planted!  Somehow those who alleged weakness and inability became healthy and strong. It’s amazing what incentive will do to improve bad attitudes!

However, the Pilgrims still had their challenges. The summer of 1623 was hot and dry. For almost two months there was no rain. Their crops were in jeopardy. Governor Bradford did not lose faith.


Governor Bradford then set a “solemn day of humiliation (fasting) to seek the Lord by humble and fervent prayer in this great distress.” Their prayers were answered. By evening it began to rain. It revived the corn and other fruits. Even the Indians were astonished. The soft showers continued along with beautiful fair weather. The result was a “fruitful and liberal harvest …for which mercy they also set apart a day of thanksgiving.”

By the fall of 1624, the colonists were able to export a full boat load of corn! And the Pilgrims settled with the Adventurers. They purchased the Adventurers stock in the colony and completed the transition to private property and free markets.


The rest is history.  The experience of the Pilgrims went a long way to forming the values and principles upon which our Founding Fathers created a new nation unlike anything the world had ever seen before.  It came to be the most prosperous and powerful country ever known to mankind. For that I am forever thankful to the Pilgrims and the others who endured numerous trials and tribulations to give me the life I have today.

As we celebrate Thanksgiving it is useful to remember the Pilgrims and what their experience can teach us. I think Dr. Patton summarizes the lessons pretty well.


The Pilgrim experience dating from 1623 was and is yet a prototype for the United States of America.  They learned the hard way that: (1) Socialism does not work; it diminishes individual initiative and enterprise; (2) Socialism is not a Godly economic system; and (3) Famine and drought can be used by God to humble a people and set them on a proper course.  The Pilgrims responded.  The real question today is:  Can Americans learn these vital insights from the Pilgrims or must we too face famine and drought in the coming years?


Happy Thanksgiving!
Posted by BeeLine at 5:00 AM