The Bonfire of The Vanities

Tom Wolfe wrote the novel, "The Bonfire of the Vanities", which was published in 1987. It is a story of ambition, elitism, racism, social division and greed in New York City in the 1980's. The same themes could just as easily apply to Washington, DC over the last six years. 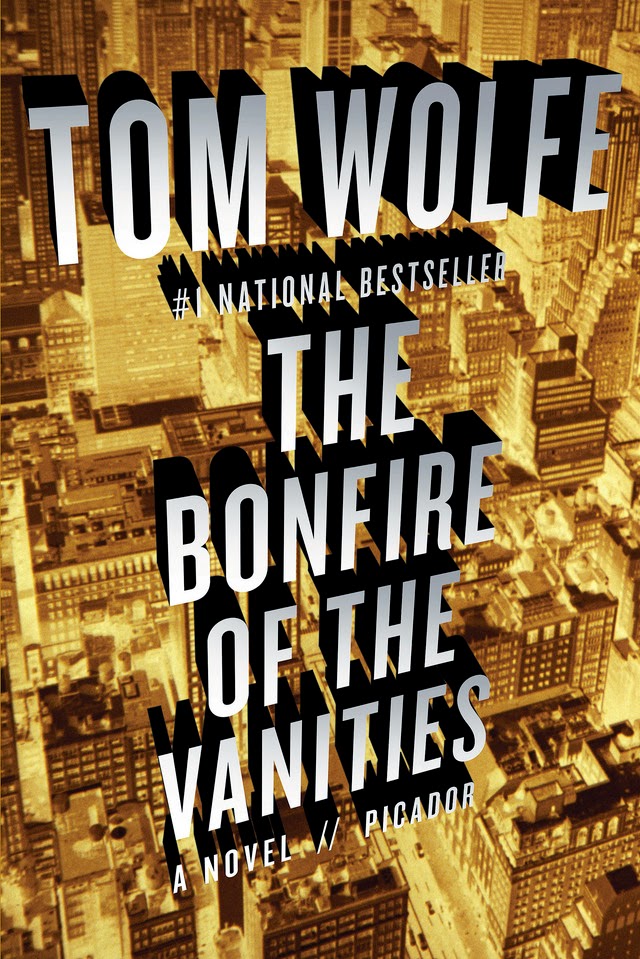 The lead character in the novel is Sherman McCoy who is a high-powered Wall Street bond trader who went to all the right schools and is married to a "social x-ray" wife (her life is centered around lunch with her socially connected friends and maintaining a rail thin figure) and lives in an expensive Manhattan co-op. McCoy is so taken with his life of success that he refers to himself as the "Master of the Universe".

It all starts to come unglued for Sherman while returning to Manhattan after picking up his mistress at JFK and making the wrong turn on a dark, rainy night. He ends up in the Bronx and a world that is not in his universe. One thing leads to another and Sherman McCoy slowly sees all of his vanities going up in a bonfire. In the end, there was not much there to begin with. The status, success and society that surrounded him was built on little substance. Does that sound familiar?

As I look at Barack Obama and I see what is transpiring around him I can't help but see the same story unfolding.

We are witnessing "The Bonfire of the Vanities" insofar as Barack Obama is concerned.

The flames are engulfing most everything around him but he appears not to notice any of it.

This is a man who also thought of himself as the "Master of the Universe".  Here is how Obama described himself to others when he was assembling his campaign team for his Presidential run.


How has all of that worked out? The self-described "Master of the Universe" seems to have been most successful in administering over the undoing of the Democrat party.

When Barack Obama took office in 2009 there were 256 Democrats in the U.S. House of Representatives. 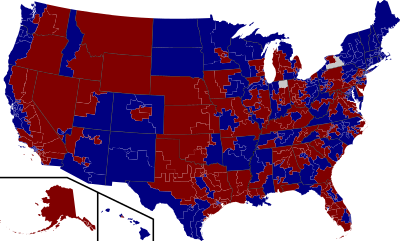 
In 2009 the Democrats held as many as 58 Senate seats and 2 Independents also caucused with them. There were only 40 Republican Senators.

When the Senate meets in January there will likely be 54 Republicans in the U.S. Senate.

This is the map of Governorships in 2009 when only 22 Republicans held office. 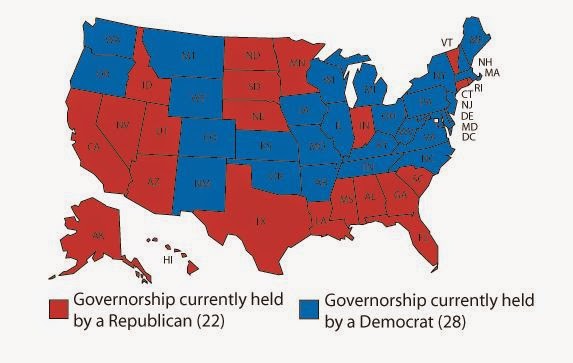 This is the map after the 2014 elections with Alaska and Vermont still undecided. 31 of 50 states are now in the hands of Republicans.

The following graphic shows how "swing state" Ohio has swung in the last three gubernatorial races in the state from Democrat blue to Republican red.

If we look at state legislatures, Democrats held 62 of the 99 (Nebraska has a unicameral legislature) when Obama took office. They now control just 30 of 99 according to an analysis by David Freddoso of The Washington Examiner.

Blue has turned to red everywhere you look around Barack Obama. It has to be "The Bonfire of his Vanity" deep down somewhere in his soul.

The losses that the Democrats have taken at the polls as a result of their blind allegiance to Barack Obama may also cause further problems down the road.


As Democrats take stock of their grievous losses in the 2014 elections, party leaders are confronting a challenge perhaps even more daunting than their defeats in the House and Senate: the virtual wipeout of the Democratic talent pool across the country.

After the Republican waves of 2010 and 2014, the party is depleted not just in its major-league talent, but also in its triple-A recruitment prospects. It amounts to a setback, Democrats say, that will almost certainly require more than one election cycle to repair.

At the start of the 2014 campaign, Democrats envisioned an election that would produce new national stars for the party in at least a few tough states – Georgia Sen. Michelle Nunn or Kentucky Sen. Alison Lundergan Grimes, for instance, or maybe even Texas Gov. Wendy Davis. Even if the party fell short in those “reach” states, Democrats hoped to produce new heavyweight blue-state Democrats – Maryland Gov. Anthony Brown, the country’s only black state executive; or Maine Gov. Mike Michaud, who would have been the first openly gay candidate elected governor.

Any of them could have landed on a vice presidential short list in 2016.

Instead, all of them lost.


You begin to appreciate the talent dearth of the Democrats if you try to put together list of possible Presidential contenders that go beyond Hillary Clinton. Joe Biden? Elizabeth Warren? Martin O'Malley? Mark Warner? It was a short list to begin with. It got shorter after last Tuesday.

Not all of these potential GOP candidates will enter the race but there are a lot of names to draw from. The Democrats will likely end up with Hillary or a fresh, new face similar to 2008 without much experience or track record.

We will soon see how the cast of characters for 2016 starts to take shape.

After all, the cast is always critical to a good movie. And that brings us back to "The Bonfire of the Vanities."

The resounding success of Wolfe's novel made the film rights to the book a hot commodity in Hollywood. Brian DePalma agreed to be the Director of the movie and a high-powered cast was put together to star in the film. The only problem was that the actors cast in the movie did not seem to fit the characters in the book in any respect.

The likeable Tom Hanks was cast as the tough to like Sherman McCoy. A young Kim Cattrall played Sherman's "social x-ray" wife. Melanie Griffith was cast as McCoy's mistress, who was a sultry Hispanic girl in the book, but ended up in the movie as something altogether different. Bruce Willis starred as the newspaper reporter, Peter Fallow, who was English in the book. A Jewish judge in the book turned into Morgan Freeman as an African-American in the film. 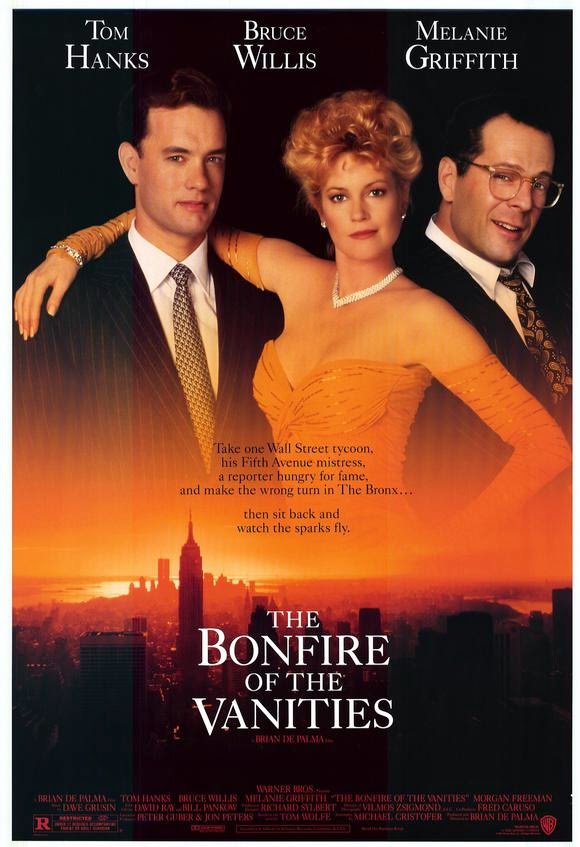 The resulting movie, despite a $47 million budget (in 1990 dollars) and a lot of star power, grossed only $15 million at the box office. It was considered both a critical and commercial flop. The cast chosen for the movie just did not fit the needs of the film.

So it is with Barack Obama. He might have been the perfect candidate from central casting but he was ill-suited from the beginning to deal with the problems of the country or to lead the Democrat party. Yes, Hollywood got that one wrong as well.

Barack Obama promised hope and change. However, the hope and change he has delivered seems to have principally inured to the benefit of the Republican Party.

"The Bonfire of the Vanities" plays out once again.