Apple Of My Eye

I was driving on the interstate a couple of years ago and a nice, new Mercedes SL500 convertible zoomed by with these vanity plates.

I immediately understood why that guy was driving that car.

I wrote about the Apple (symbol;AAPL) stock success story four years ago in my blog post, The Mall, Main Street and Wall Street., in which I stated,

In Apple's first quarter results for fiscal 2011 that were announced yesterday, Apple sold 4.1 million iMacs, 16.2 million iPhones and 7.3 million iPads. These are sales in just 3 months! They had $27 billion in revenue and $6 billion in profit in the quarter. Remember, this is a company that had annual revenues of $ 5 billion for the entire year in 2001.


Apple released its first quarter results for fiscal 2015 this week so let's revisit the AAPL story compared to four years ago.

Let's put a few of these numbers in perspective. 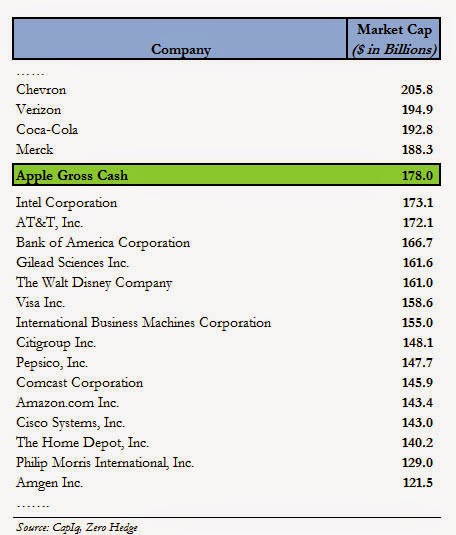 Back to that Mercedes 500SL with the OWNAAPL license plate that zoomed by me like I was going backwards.

If I had been smart enough to own Apple in 2002 until today (except for selling a small chunk for that one car), I might deem myself worthy of a vanity plate like that myself.