When I was growing up, and all the way through the 1970's and 1980's, the only tattoos I normally would see would be on a WWII or Korean War Navy or Marine Corps veteran.

I assumed most of them got their tattoos at some faraway port or after a night on the town in a seedy tattoo parlor just off the base.

This hula girl seems to have been popular with sailors passing through Pearl Harbor. 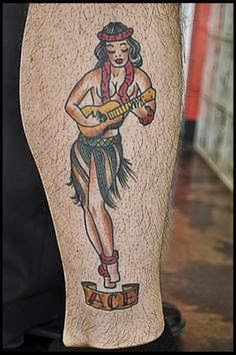 Of course, Marine Corps vets would often favor a tattoo that looked something like this. 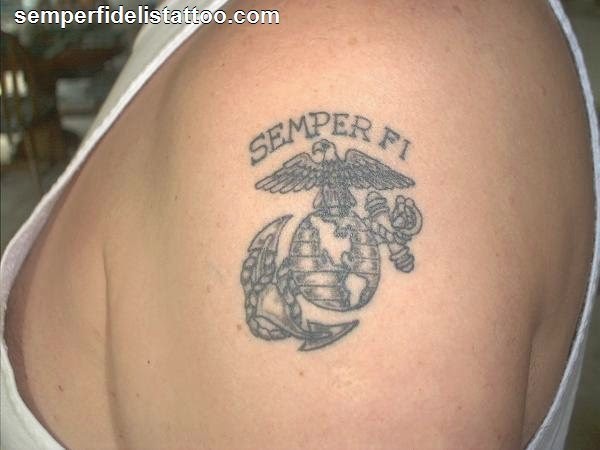 A 30 or 40 year tattoo on a 50 or 60 year old man lounging around the pool was enough for me to decide that tattoos were not for me.

However, I have found it very interesting to see tattoos became more popular and accepted over the last 20 years or so.

Tattoos went from the subculture in my youth to popular culture today where it is now estimated that among those age 26-40, 40% have at least one tattoo and 36% of those 18-25 also have inked at least once.

I trace the beginnings of the tattoo trend among the younger generation to the increasing number of college basketball players that started sporting tattoos around 20 years ago. Instead of tattoos adorning old sailors, motorcycle gang members and ex-cons they were seen on student athletes where they were very visible while wearing their basketball uniforms.

This seemed to make the tats socially acceptable and the human condition of imitation took care of the rest.

It got to the point over the last few years that I rarely would watch any college basketball game in which a significant number of players did not have tattoos. I am not sure that I have seen any game in the last few years where both teams were tattoo-free.

Wisconsin did not have anyone with a tattoo from what I can see. I am talking visible tattoos among the starting five and first rotation subs.

If there were any tattoos on anyone else on the team, I could not see it. 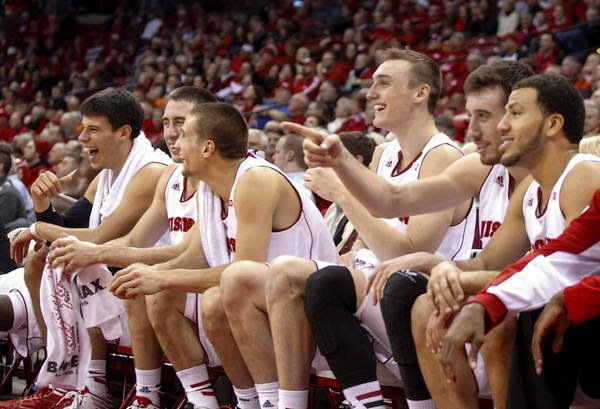 The same for Duke.


It was even true for the two twin stars of Kentucky basketball, Aaron and Andrew Harrison.

Is all this evidence that the trend has turned?

It started on the basketball court. Was last night the beginning of the end of that trend?