Most human beings are conformists and are heavily influenced by others in their peer group. Whether its teen-age girls wearing the same hairstyle, college students wearing North Face jackets, or senior citizens playing Bingo on Friday night, it just seems to be in our genes.

There are sound anthropological reasons to conform. Primitive man survived by living and hunting together. Those that didn’t cooperate got kicked out of the group and had to fend for themselves. Most of these non-conformists did not survive. The conformists survived and propagated the species. So it remains that most of us are strongly influenced by what others do.

Why does this matter?  Because when you combine the rule of supply and demand with the tendency of humans to run with the crowd, you have the basic elements that move markets. Add our inherent greed and fear and you have “the madness of crowds,” the term coined by author Charles Mackay in his book, Extraordinary Popular Delusions and the Madness of Crowds. 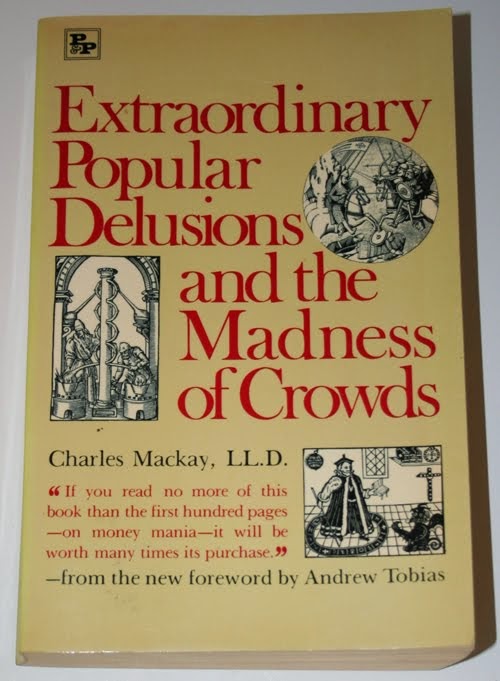 Mackay’s book is one of the best at explaining the psychological aspects surrounding money and the pursuit of wealth.  What makes it so interesting is that the lessons are so enduring. Just reading the first three chapters will prove the point. Of course, those 100 pages may be a bit hard to digest because of Mackay’s writing style. He wrote Extraordinary Popular Delusions and the Madness of Crowds in 1842!

Writing style notwithstanding, what you quickly realize is that even as the world changes constantly, human beings have changed very little in how we act or react to money.

Mackay wrote in the preface to the book’s second edition published in 1852,

“Money, again, has often been a cause of the delusion of multitudes.  Sober nations have all at once become desperate gamblers, and risked almost their existence upon the turn of a piece of paper. To trace the history of the most prominent of these delusions is the object of the present pages. Men, it has been well said, think in herds; it will be seen that they go mad in herds, while they only recover their senses slowly, and one by one.”  (emphasis added in bold)


This being April our attention naturally turns to tulips. There is nothing more beautiful on an early Spring day as this photo I took in downtown Cincinnati a couple of weeks ago will attest. 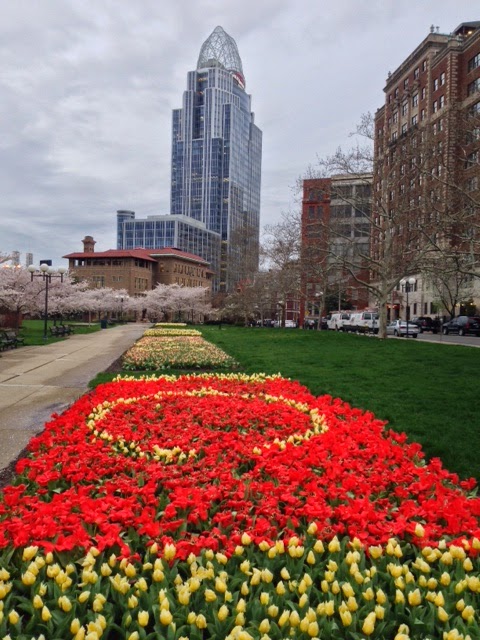 Seeing tulips every Spring reminds me of the Tulipmania craze that MacKay wrote about in his book.

The Tulipmania craze that overtook Holland in the 1600s provides the best understanding of how masses of people can so easily get caught up in a market driven by greed and the "madness of crowds" without any consideration of logic and common sense.

Tulipmania?  Ordinary tulips?  Why would anyone go mad about a tulip bulb?  That’s why the Tulipmania story is such an eye-opening lesson.

Tulips were introduced into Western Europe around 1560. They originated near Constantinople where it is said the tulip got its name from the Turkish word for turban. Tulips soon were prized possessions of the wealthy and quickly became a status symbol in their gardens, especially in Germany and Holland. The status of the tulip kept growing in the early 1600s until it reached a point where a man of means had to collect tulips or be considered totally devoid of good taste.  Rare species of the tulip were in high demand as the rich sought to impress their friends.

Shortly, the status that accompanied owning tulip bulbs caught the attention of the middle class. Even those of modest means wanted to own tulip collections. Status symbols were just as important in the 17th century as they are today. Of course, as demand grew with each new purchaser, the price of the available tulip bulbs rose higher and higher. This further reinforced the exulted status of owning tulips as well as further escalating prices as more buyers vied for the limited supply.  This, in turn, attracted more people to the market, drawn by the enormous profits being made by their friends and neighbors.

By 1634 Tulipmania had such a grip on Holland that practically everyone in the country was involved in some way with the tulip trade.  Ordinary business and trade became secondary. It was not uncommon for many to invest a fortune of 100,000 florins to buy 40 tulip bulb roots (i.e. 2,500 florins per bulb).

How much was a florin worth?  The following example from Mackay’s book, in which a rare Viceroy tulip bulb was bought for 2,500 florins, shows the number and type of products that could have been purchased for the same amount of money.

Foolish? We would absolutely say it was.

However, it did not seem foolish to the many who were trading in tulips at the time.

One of my favorite quotes of all time is this one.

"There is nothing more dangerous to your wealth than watching your neighbor getting rich."

This is how Warren Buffett explains it.


“People don’t get smarter about things that get as basic as greed,”  “You can’t stand to see your neighbor getting rich. You know you’re smarter than he is, but he’s doing all these [crazy] things, and he’s getting rich…so pretty soon you start doing it.”

Of course, eventually everyone that wanted a tulip bulb (or 40), had them. At that point logic started to interfere. Those that had purchased tulip bulbs started to wonder what the bulb would do for them? It was nice that they would bloom once a year but what else could it do to put money in their pocket?

Suddenly it became difficult to find a buyer if you wanted to sell your tulip bulb. Everyone that wanted one had one. Prices starting dropping as more and more people wanted to sell. Panic set in and prices plummeted. The same factors that drove prices up now drove them down.  “The Madness of Crowds” works both ways. People came to their senses "slowly one by one" as Mackay observed.

This is how the chart of the up and down of Gouda tulip bulbs eventually turned out.

Note that Elliott Wave International put this chart together in 1999, undoubtedly as a cautionary tale for investors who were riding the internet stock bubble that later crashed in 2000.

Those investors also saw their neighbors get rich and and thought they could ride the internet wave to their own riches. Many drowned and were washed away when the bubble burst and the wave crashed.


Unfortunately, the bloom can quickly come off of the rose, tulips and other things.

This is a picture of the same tulip bed, in the same park, only seven days after the image above was taken earlier this month. 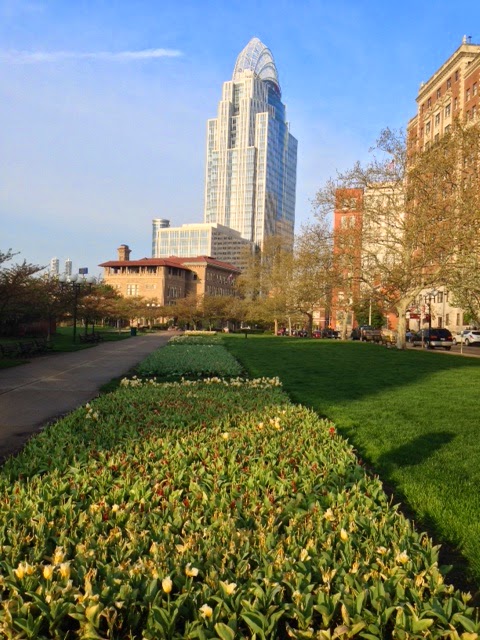 Remember tulips and the madness of crowds and you will have a much better chance of holding on to your money.