Who Wants It More?

Much of what determines who will win or lose in life depends on "who wants it more?"

I guess that is why the favorite piece of advice that he used to impart to his grandchildren was that  "the early bird gets the worm."

There are many things that are overrated in life---IQ, talent, education---among them. The will to "want it more" than others is not one of them.

I recently finished reading "The Operator" by Robert O'Neill. It is an autobiography by the Navy SEAL who fired the shots that killed Osama Bin Laden. 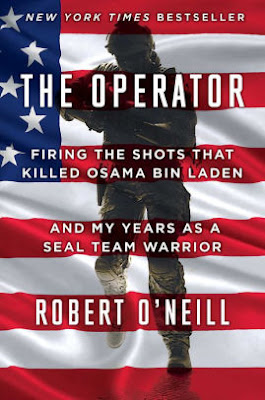 The pages of that book are filled with examples of those "who want it more."

For example, consider that there were 500 fellow Navy recruits who submitted themselves to pre-qualification testing for SEALs training when O'Neill was in basic training. Only four ultimately met the fitness testing requirements required to gain admittance to SEALs training.

Of those who actually make it to Coronado, California for BUD/S (Basic Underwater Demolition/SEAL) training, 80% fail to get through the 28-week program.

This is how O'Neill describes it in his book.

Nobody can predict who'll make it through BUD/S. The brass tries to figure it out; they bring in psychologists and boost the number of guys beginning the process, hoping more SEALs will be left standing at the end. They tweak the design to create more equal opportunity for minorities, but all that happens is that the instructors do to the students exactly what was done to them, and always 80% don't make it. We have more white SEALs simply because more white guys try out. 80% of white guys fail, 80% of Filipinos fail. 80% of black guys fail. And the irony is, the Navy doesn't want an 80% failure rate. We're always undermanned.


Those who become SEALs simply "want it more" than those that don't.

That strength of mind isn't associated with any ethnicity or level of skin pigmentation. It's not a function of size or musculature or IQ.


It is no different in the Alabama Senate election that was held this past week between Roy Moore and Doug Jones.

Jones won because his supporters wanted it more.

On the other hand, Jones received 671,000 votes compared to Hillary's 729,000 votes. That is 92% of Clinton's total. That is a remarkable turnout considering this was a Special Election.

It appears that almost every Democrat voter in Alabama turned out to vote for Jones. Cynics might say that those votes included dead Democrats and those from Mississippi and Georgia as well.

Some have argued that Moore lost because of some 22,000 write-in votes that most believe were Republicans who did not want to vote for Moore. However, that was just 1.7% of the total votes cast. Trump won despite write-ins of 1.0% and 2.1% that went to Libertarian Gary Johnson in 2016.

Roy Moore did not lose because of write-in votes. He lost because, as my father would say, his most likely voters never got out of bed to vote. Looking at the vote totals, there were some 650,000 who voted for Trump who failed to show up to vote for the Republican one year later in Alabama. If only one out of every 25 of those people would have voted for Moore, he would have won.

Who wanted it more? The Democrats. It is that simple.

There are many political pundits who want to take the results from the Alabama Special Election and extrapolate it to 2018 and predict an enormous wave election for the Democrats.

It is possible. However, it all depends on turnout which tends to be the most important factor in most election contests. I have written about the importance of turnout in political races before. This is what I wrote on the subject right before the 2016 election.

Turnout explains why Obama won in 2008 and 2012. It also explains how the Republicans won resoundingly in the mid-term elections in 2010 and 2014. It is also the reason that Trump is President of the United States right now.

There is little question that Democrats are highly motivated right now. The same could be said about Republicans when Obama was in power. It seems that those at the bottom of any hill tend to be more motivated to fight towards the top than those at the top of the hill are motivated to retain their position.

Who wants it more?

That will be a big question in the mid-terms of 2018. Will Republican voters defend their gains as zealously as they did when they were motivated to achieve Congressional majorities and The White House? They will need to "want it more" than Democrats or they will be in trouble.

"Who wants it more?" will determine what happens in 2018.

I came across one other interesting factoid on the subject of "who wants it more?" this week.

It is this Gallup International survey on the percentage of those in various countries who would be willing to to fight for their country.

In other words, "Who wants it more?" when it comes to defending their country in war.

The overall sample across 64 countries showed that 61% of respondents were willing to fight for their country.

The percentage in the United States---44%.

Of course, it could be worse.

Only 11% in Japan, 18% in Germany and 20% in Italy are willing to fight for their country today. I guess World War II really took the fight out of these citizens.

The complete list of "Who Wants It More?" when it comes to war.

Let's just say that I am extremely grateful and thankful that those Navy SEALs and our other uniformed military service personnel are in that 44% for the United States.

Praying for peace on earth on this Christmas Week.

Thanks to those who wanted more and were not afraid to give it all.