Taxpayers in the United States got an early Christmas present this week.

The House and Senate both passed tax reform legislation that President Trump had made a centerpiece of his 2016 election campaign.

However, if you listen to Democrats, this is the worst piece of legislation that has ever existed in the history of the republic. In fact, Nancy Pelosi said exactly that.

In fact, not one Democrat voted for the tax reform package in either house of Congress.

You might call them Democrat Grinches in this Christmas season. 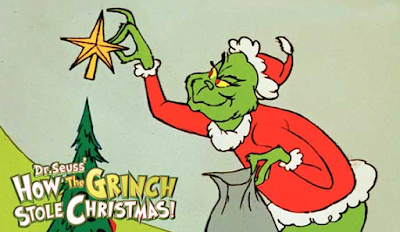 How times have changed! I guess Democrats have come to only embrace tax increases.

Here are what a few prominent Democrats said about the tax bill.


"..today is the day of one of the great robberies, criminal activities if you like, in the modern history of this country, because the federal treasury is being looted tonight."

"What a disgrace. That's what this bill is. It's an absolute disgrace."

GOP tax bill "is the worst bill in the history of Congress".

"The House just passed the disastrous #GOPTaxPlan. I’ll be voting NO on the bill when it comes to the Senate and I call on my colleagues to do the same. This bill is NOT tax reform. It’s tax cuts for the rich and so-called “trickle-down economics” that DOES NOT work."


I particularly enjoyed Feinstein's comments because at the same time she was calling this "tax cuts for the rich" she was also complaining that it would limit the deduction of mortgage interest on mortgages over $750,000 and state and local income taxes of over $10,000.

Who does she think is deducting mortgage interest on a $1 million home and paying state and local taxes of over $10,000? Most people outside of New York, California and in and around the District of Columbia would define those taxpayers as "rich".

I explained in an earlier post of why it made sense to limit the state and local tax deduction as a way to reduce tax rates and increase the standard deduction for the middle class.

The fact is that in California the top 1% pays 48% of the state's income taxes and deducts those taxes on their federal tax returns. It is this group ("the rich") that will be hurt the most by the elimination of the state and local tax deduction.

The same is true in New York City. The top 1% (that is only 35,400 tax filers) pay 46% of the city's income taxes. That group ("the rich") will also bear the greatest loss of the federal tax deduction.

It is certainly not the middle class.

Legislators in New York, California and other high tax states claimed that the limit on the deduction of state and local taxes in the tax bill was discriminatory and meant that these states were subsidizing tax cuts for those in other states. However, they did not seem to have any problem in past years as all the other taxpayers paid higher tax rates to subsidize their deduction for their high state and local taxes. The reality is that this measure simply tries to level the playing field by limiting the huge tax advantage that these states have had for years.

I predicted two months ago that we would hear a continuing cacophony from Democrats calling this a tax cut for the rich. However, as I explained, it is hard to give too much to the bottom 50% of taxpayers when they already pay less than 3% of the income tax burden. It is also hard to not provide some benefit to the rich in a tax rate cut when the top 10% of taxpayers pay 71% of the income tax burden.

However, the fact is that the ones who most surely will benefit from this bill will be those further on down the income scale. The standard deduction has been doubled to $24,000 for married couples.The child tax credit has been doubled to $2,000. However, the first $1,400 of this will be refundable even if no taxes are due so that the credit could be used no matter what. In effect, a couple with three kids gets a guaranteed payment of $5,200 each year from Uncle Sam.

The argument that the Democrats make about this being a handout for the "rich"is even disputed by the liberal Tax Policy Center that Pelosi and company like to often cite on tax issues.

Rich Lowry in Politico Magazine shares an important fact from the TPC analysis that the Democrats choose to ignore.

In 2018, 80.4 percent of tax units get a tax cut, averaging $2,140. A grand total of 4.8 percent will see a tax increase. The small percentage of people who will get a tax increase is disproportionately tilted toward the top of the income scale.


Further, the Joint Committee Taxation analysis of the bill shows that the average tax rate goes down for every income cohort in 2019. The only income group that does not get any actual tax savings (after taking away lost deductions) are those making $1 million per year of more. Their share of the income tax burden will increase from the 19.3% they pay today to 19.8%.

Of course, there are much bigger changes in the tax bill involving the corporate tax and business taxes.

Democrats don't like these changes either but the reality is that the United States did not have much choice if it wanted to remain competitive in world markets.

There is a reason that so many corporations, businesses and manufacturing plants have relocated overseas over the last 30 years---our tax system encouraged it. These relocations took millions of jobs from the middle class.

This chart shows what has happened over that period.

Quite simply, the world changed and the United States stood still.

The new corporate rate of 21% will make the United States competitive on this measure once again.

A big part of the ultimate success of this tax bill to improve the lives of Americans is dependent on the deployment of that freed up money within the economy. Liberals don't think any for-profit corporation for business will do any good for anyone. Those evil capitalists are just so mean.

I guess that is why Savannah Guthrie of NBC's Today show asked Paul Ryan if we was "living in a fantasy land" to think that the GOP bill would help workers.


This is how Fantasy Land looks like so far one day after passage.

Bear in mind that the bill has not even been signed into law yet.

It promises to be a bleak holiday for the Democrat Grinches.