The Wit and Wisdom of Warren Buffett

I have been an admirer of Warren Buffett for almost 50 years.

He clearly has been one of the greatest investors of all time.

One of the biggest regrets of my life is that I did not have the courage to introduce myself and express my admiration for him when I was several feet away from him about 25 years ago. Another is not buying stock in Buffett's Berkshire Hathaway when I first heard about it 50 years ago.

I was attending a Congressional hearing in Washington which Buffett also attended at the Hart Office Building. Buffett left the hearing a few moments in front of me and I followed him out to the street. He was completely alone with no handlers and no aides. The only thing he carried was a USA Today newspaper that he looked like he had picked up at his hotel.

Even then, Buffett was one of the richest people in the world.

Did a black limo swing around and pick him up? No.

He stood on the street and hailed a cab to take him to the airport.

I always wondered if that cabbie had any idea who was in the back of his cab as Buffett climbed in.

As for me, I decided not to intrude and introduce myself. It was all too perfect. A man that rich and nobody even noticed. I wish I had introduced myself. I just didn't want to intrude on that splendid solitude he must have been enjoying.

One of the things I like best about Buffett is the wisdom he dispenses. He keeps it simple and delivers it with a certain amount of wit. There can't be much that Buffett has not seen in his 89 years. I have learned a lot over the years by paying attention to what he has had to say.

The Visual Capitalist recently put together an infographic that included what it considered to be "The 25 Best Warren Buffett Quotes".

Here are some of my favorites from the "Oracle of Omaha". 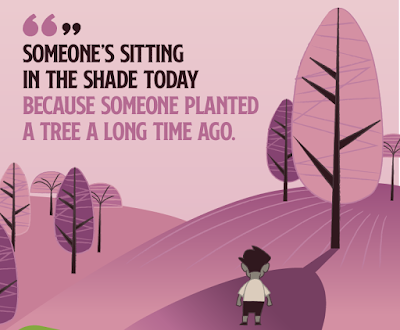 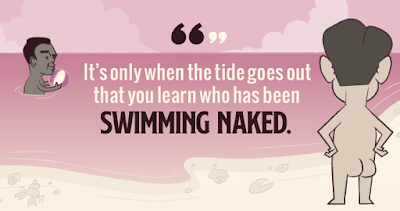 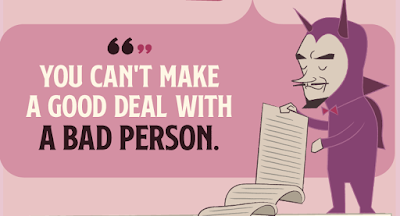