Where Do People Want To Live?

The United States takes in more immigrants per year than any other country in the world. Legal immigration law is established to admit approximately 1.1 million immigrants each year. 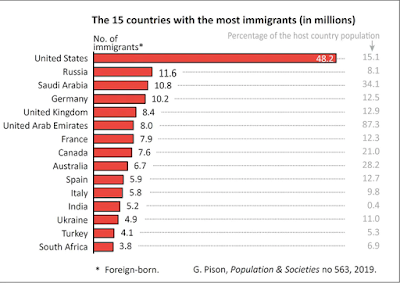 Even taking account of the percentage that immigrants are represented in the total population, the United States has higher percentages of migrants than countries in Europe such as the U.K, Germany, France, Italy and Spain.

I would say it is no contest when you look at which country has taken the bulk of the immigrants in the world over the last 30 years.


The United States numbers also don't take into account all the illegal immigrants in the country. The official number is 11 million but recent estimates by MIT and Harvard economists have placed that number at more than 22 million.

Consider the fact that in the last 11 months, U.S. Customs and Border Protection has apprehended over 800,000 people in the Southwest Sector alone. If this number of illegal immigrants were apprehended trying to sneak into the country, how many actually got in? 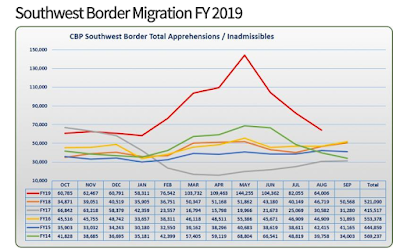 All of this data would seem to be a pretty good indicator that most people around the world think the United States is a pretty good place to live. Why else are so many people trying to get into the country from all corners of the earth?

The trend has accelerated the last few years even thought we are supposed to have a President who does not like immigrants. Never mind the fact that he has married two immigrants in his lifetime.

The one group of foreigners who appear to not think too highly of the United States are expatriate workers for foreign corporations.

The most recent survey of expatriates by Expat Insider states that the United States is now ranked 47th as an expat destination in its annual ranking for 2019. 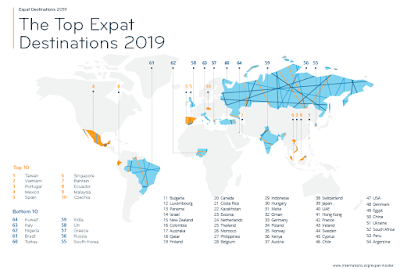 Taiwan and Vietnam are the favorite destinations for ex-pats.

Kuwait and Italy are at the bottom of the list.

You wonder how reliable this survey is.

There are over 11 million people born in Mexico now living in the United States according to the Migration Policy Institute.

There are 1.4 million people born in Vietnam and 400,000 from Taiwan living in the States.

Why did they journey to the United States if life is so great in those countries? Why do they stay? 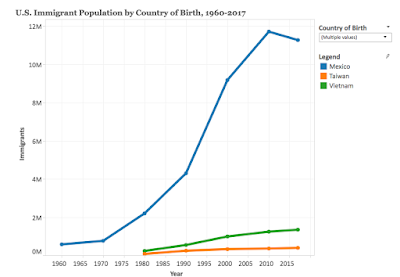 It is interesting that in the ex-pat survey of 2015 the United States was listed as the 13th best place for ex-pats.

How could that be?

I am not sure  of the total reason but I would not discount the reach and influence of CNN as a news source for people outside of the United States.

If all I did was watch CNN for "news" I might want to move to Kuwait, Kenya or Kazakhstan myself.