On Valentine's Day it seems appropriate to write something about love.

The foundation upon which love normally grows is mutual attractiveness. That special spark that ignites a relationship that ends in love.

The most interesting factoid I learned in 2019 is the massive difference between how men rate the attractiveness of women compared to how women rate men. I wrote about it here.

This is how men rate the attractiveness of women based on research by the online dating site OKcupid.com. 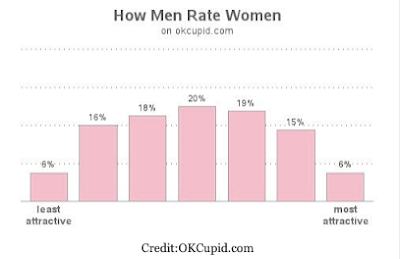 Compare that to how women rate men. 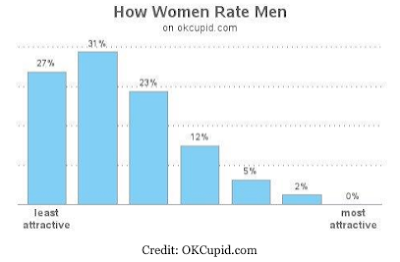 Men broadly rate women on something closely resembling a perfect distribution. A few 9's and 10's and 1's and 2's. A lot in the middle. With women, almost no man measures up on the attractiveness scale and a large majority are absolute bottom dwellers.

It makes you wonder how a woman ever finds a man she believes is attractive?

What is a man (or woman) to do if they think they might be lower on the attractiveness scale and are interested in finding love?

I wrote the following blog post almost five years ago. I wrote it in July. It seems a better fit for Valentine's Day.

Sound advice on what you need to know about making yourself more attractive in the eyes of the opposite sex.

Share this blog post freely with your single friends who are looking for cupid to make a connection for them.


"Water always seeks its own level"

"Birds of a feather flock together."

You have heard these idioms over the years to describe the tendency for similar people to associate with each other.

The same can usually be said about the physical attractiveness of couples. Good lookers attract good lookers. Average looks usually ends up with an average mate. It seems to be the natural order of things.

There are times when water does not seek its own level.

Or as a friend said to me upon meeting my wife, "You really out-kicked your coverage with her".

John Tierney recently wrote about the science behind "mate value" in The New York Times.  The research indicates that people with high mate value insist on comparable partners and they usually get equivalent value in return when looking at looks, education and social status.

That pattern also occurs in married couples: Attractive, well-educated, high-earning people tend to marry people like themselves. In fact, economists say that this growing trend of “assortative mating” is a major cause of income inequality, because a household with two high earners makes so much more money than a household with two low earners (or only one earner).


However, researchers were most interested when this did not occur and there was a mismatch of "mate value". For example. Mr. Darcy ending up with Elizabeth Bennet in Pride and Prejudice. 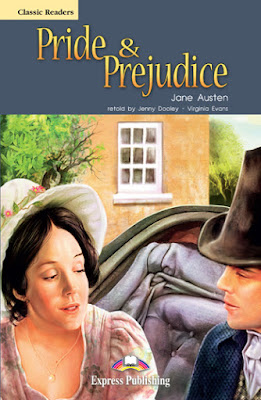 Jane Austen describes Mr. Darcy as tall, good looking and with a "noble mien". On the other hand, Elizabeth is initially seen by Mr. Darcy as "tolerable but not handsome enough to tempt me." A bigger problem for Mr. Darcy was the fact that the Bennet family was decidedly of a lower social and economic standing.

So what about the science? Is there something beyond the superficial in our decisions about assessing the value of potential mates?

To investigate, psychologists at the University of Texas at Austin asked students to rate the romantic appeal of their opposite-sex classmates.

At the start of the semester, the students pretty much agreed on who in their class was most desirable. But when they were asked again three months later, after spending a semester in a small class together, their judgments varied widely on who was hot and who was not.

“Perceptions of mate value change the more time that people spend together,” said Lucy Hunt, a graduate student who published the study last year with Paul Eastwick, an assistant professor of human development and family sciences.


In short, the more familiar one becomes with someone, perceptions of attractiveness change. Some 10's become 7's and some 5's become 8's. Conversations, common interests, wit and wisdom all make a difference.

What I find most interesting in the research is the strong influence that familiarity has on the perception of attractiveness. In my years of working in branding and advertising, familiarity has the same effect in making a product or service desirable. This is based on the simple principle that the human brain generally feels safest and most comfortable with those things that they are most familiar with. The effect seems to be at work in determining "mate value" as well.

Further research by the psychologists at UT-Austin and Eli Finkel of Northwestern University seems to bear this out in a recent study on "mate value" among married couples. The longer you know someone, and the more familiar they are with you before you begin dating, the better you are going to look to them. (Assuming what is inside of you equals or exceeds what is outside).

Some of the couples had been married for five decades; others had been dating for just a few months. Some had known one another for a while before starting a romantic relationship; others had started dating as soon as they met. After being videotaped talking about their relationships, all were rated for physical attractiveness by a group of judges who viewed each partner separately.

When the ratings for partners were compared, there was a clear pattern based on how long the people had known one another before they had begun dating.

If they’d begun going out within a month of meeting, then they tended to be equally attractive physically. But if they’d been acquaintances for a long time, or if they’d been friends before becoming lovers, then someone hot was more liable to end up with someone not so hot.


Therefore, if you have your eye on someone "outside of your league", do not despair.

Stay in their line of sight,

Let them see you for who you really are.

Keep in mind that time is really your ally, not your enemy. Each tick of the clock increases the odds that the beat of their heart will be for you in the end.

There is hope for non-hotties everywhere if you remember these lessons.

By the way, for the record, I first dated my wife within a week of meeting her.

Perhaps I didn't out-kick my coverage after all?
Posted by BeeLine at 4:00 AM