School is Out. Socialism is In.

In late May I wrote about what we should expect regarding school in the Fall.

As in most issues involving Covid-19, it seems politics will determine whether schools will open in school districts around the country rather than the decision being based on any science.

As I wrote at that time, the science clearly suggests that school age children have very little risk of serious illness or death from the disease.

Here is the latest CDC data on cases by age group. School age children account for only 5% of all cases. 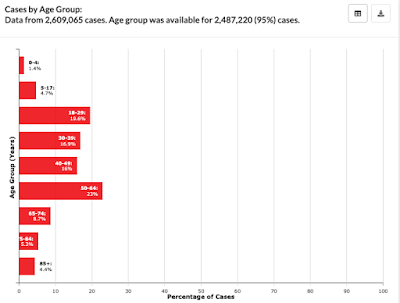 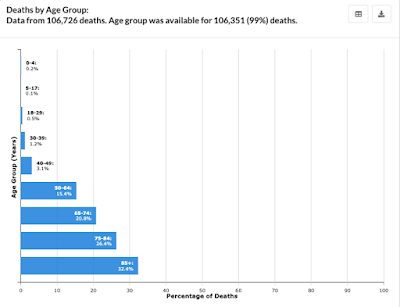 A school age child has a greater likelihood of dying from the seasonal flu than from Covid-19.

Some who want the schools to stay closed will acknowledge that fact but argue that the risk is too great that a child in school could infect an older teacher or family member.

However, the science seems pretty clear right now that most children who get the disease are asymptomatic and carry very low viral loads. As a result, children are very unlikely to spread the disease. This has been confirmed in studies in several countries.

This is the headline of a Bloomberg story about a recent French study that summarizes the consensus of most of those studies.

School kids don’t appear to transmit the new coronavirus to peers or teachers, a French study found, weighing in on the crucial topic of children’s role in propagating Covid-19.

Scientists at Institut Pasteur studied 1,340 people in Crepy-en-Valois, a town northeast of Paris that suffered an outbreak in February and March, including 510 students from six primary schools. They found three probable cases among kids that didn’t lead to more infections among other pupils or teachers.

The study confirms that children appear to show fewer telltale symptoms than adults and be less contagious, providing a justification for school reopenings in countries from Denmark to Switzerland. The researchers found that 61% of the parents of infected kids had the coronavirus, compared with about 7% of parents of healthy ones, suggesting it was the parents who had infected their offspring rather than the other way around.


MSNBC recently interviewed five top U.S. pediatricians on the subject of whether it was safe to reopen schools and all five said they would send their children back to school without any reservations.

Click here if video does not play in your browser.

Why is there even a debate about reopening schools based on the science?

It seems that politics is driving all of this much more than science.

As you look at the issue you see that cities and states controlled by Democrats are much more likely to be opposed to opening the schools.

You would not think that it would be Democrats who would be arguing for schools to stay closed since the students (and parents) of traditional Democrat constituencies (minorities, lower income groups etc). will be hurt the most by the school closings.

How do school closings work for poor, inner-city children who benefit the most from the structure and support of a classroom setting? In addition, how does a poor, inner-city student get access to the technology resources needed to do online instruction? For example, I heard recently that a third of the students in the city of Detroit do not have any internet access. How do they do online instruction at all?

Beyond that, even in Democrat cities that want to open, the teachers' union can usually be counted on to be lobbying strongly to keep schools closed.

You begin to see what this is all about when you look at the demands that the United Teachers Los Angeles  recently made in order for their members to consider returning to the classroom.

Some of the demands are understandable. The teachers want physical distancing standards, adequate supplies of personal protection equipment and staggered arrival, lunch, recess and dismissal times.

However, the teachers don't stop there.

These are some of the other items the teachers' union believe are necessary in order to reopen the schools.

4. Paid sick leave for all

6. Moratorium on charter schools in the state

In order to provide more money to public schools the teachers also want to increase property taxes on all commercial and industrial buildings in the state to raise $7.5 billion to $10 billion per year.

The teachers also want to implement a wealth tax on billionaires in the state of 1% on all unrealized capital gains to raise $10 billion per year.

For context, California already has the highest marginal income tax rate in the nation---13.3%.

Further, the top 1% pay almost half of the total income taxes in the state.

You have to wonder whether there would be anyone left in the state to pay the bills if this agenda was enacted.

Consider the agenda of the teacher's union outlined above.

Are they really serious about opening the schools or are they using this to promote a socialist agenda?

This is how the UTLA concludes their list of demands on reopening the schools.

When politicians exhort educators and other workers to “reignite the economy,” UTLA educators ask: who are you planning to use as kindling? The benefits to restarting physical schools must outweigh the risks, especially for our most vulnerable students and school communities. As it stands, the only people guaranteed to benefit from the premature physical reopening of schools amidst a rapidly accelerating pandemic are billionaires and the politicians they’ve purchased.


It sounds more like a socialist manifesto than anything else.

Risks? There are 9 million kids under age 18 in California. Thus far there has not been one death of any school age child in the state. NOT ONE.

President Trump has floated the idea of withholding federal school funds to school districts that do not open.

This led some on the Left to state that "the President has no authority to cut off funds to schools if they are not open".

Think about that statement and tell me whether we haven't entered the twilight zone?

Schools must be funded even when they are NOT OPEN? Who would have ever believed anyone would make that argument?

Consider as well the same people who are making that argument are those who supported the Obama administration when they threatened spending cuts to schools over not providing transgender bathrooms.

You have to wonder whether teachers would be more willing to reopen schools if they believed that their pay might be cut if they don't get back into the classroom.

To this point, I don't think many (if any) teachers across the nation have taken any pay cuts. How long should the taxpayers be willing to foot the bill for schools that are closed and students are receiving an inferior product via some virtual classroom?

We are not talking about small amounts of pay in California.

A recent Forbes article pointed out that 109,627 K-12 teachers and administrators in California made more than $100,000 last year.

Ten former educators have retired with pensions of over $300,000 per year.

At this point the demands of the teachers in Los Angeles are moot because the school district has announced it will not resume normal school operations to start the year. San Diego County has done the same.

However, the Board of Education in neighboring Orange County voted 4-1 yesterday to reopen schools without even requiring that students social distance or wear masks. 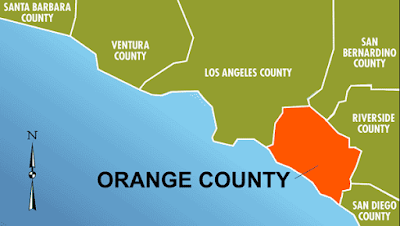 We are living in The Twilight Zone if not a Parallel Universe.

It will be interesting to see how this plays out. There could not be a better comparison study considering the geographic proximity of these counties.

This may eventually allow us to better understand what the science really is involving children.

However, in the meantime, it appears that the teacher's union in Los Angeles is more interested in pushing a socialist agenda than opening schools.