I have featured Angela Pan's photography in BeeLine previously. Angela is based in Washington, D.C. and some of her best work features the the monuments and memorials in our capital city. Featuring her photographs has become a BeeLine tradition on Memorial Day.

These images truly honor the men and women who have given the ultimate sacrifice to preserve our freedom through the years.  May they never be forgotten.


Memorial Day began as a day of remembrance for those who perished in the Civil War.  Originally it was called "Decoration Day", a term I still remember my grandparents using to refer to this day of honor.  It originally was celebrated on May 30 of each year which I also remember. The holiday was established as the last Monday in May by an Act of Congress in 1971.

Lest we ever think about forgetting those who gave the ultimate sacrifice, these are the numbers of Americans who have laid their lives down for us per Wikipedia. 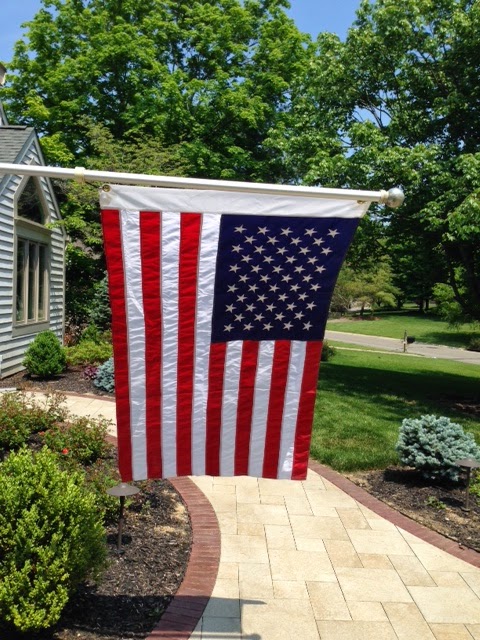 The flag this morning at my house.  The American flag should be flown at half staff until noon on Memorial Day per the United States Flag Code.  Full staff for the remainder of the day.
Posted by BeeLine at 12:14 PM