It's About The Children

In politics it always pays for it to be "about the children."

No one wants to see a child without food, shelter, healthcare, education or anything else.  You never can be wrong if it is "about the children" in politics.

Just consider a few of the federal programs that have been passed in the name of "the children".

Aid to Families of Dependent Children

No Child Left Behind

I am sure I have barely scratched the surface.

Most of these programs are administered somewhere within the Department of Health and Human Services (HHS).

I find all of this very interesting as we observe the massive influx of "children" who seem to have made the dangerous and arduous trip from Central America across our  "secure" Southwest Border with the belief that our President is going to provide them free access and amnesty in our country.


President Obama made a request today for almost $4 billion to address the problem as reported in Politico.

More than 52,000 unaccompanied minors, as well as 39,000 adults with children, have been apprehended trying to illegally cross the U.S.-Mexico border during this fiscal year, according to the administration.


Of course, "apprehended" must be read here pretty loosely in that a great number of these illegal aliens walked up to Border Security Agents when they crossed the border.  I figure that their first words must have been "take me to your leader".

$1.8 billion of the Obama request is specifically stated to be for HHS to "house and care for the migrant children".

When it comes to government spending, a billion here and there does not seem to be much money. Let me put that amount of spending in perspective.

On the other hand, $1.8 billion can also pay for a one-way airline ticket (from Dallas to Mexico ($358 on either American Airlines and AeroMexico) for over 5 million passengers. 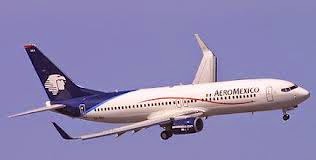 $1.8 billion can also pay for over 10 million passengers to be transported from El Paso to Mexico City on Greyhound.

When doing all of these calculations also remember that the U.S. Department of Agriculture estimates that it costs $241,080 to raise a child in the United States from birth to age 18.  Where does all of this money come from to care for these children in the future when that $1.8 billion and Barack Obama are long gone from the scene?

Remember, it is "about the children."

However, it's also about much more. Children born here whose parents are struggling in this economy to house and care for them. A federal budget in which we are living on borrowed time and borrowed money. The rule of law.

It is understandable to feel compassion for these migrant children.  However, our first duty and obligation is to our own children and our own citizens.

How would you choose to spend $1.8 billion?