One of the things I like best about writing BeeLine is when I can share an unexpected fact.

When I lived in Atlanta in the 1970's there was a weekly show on the radio that was devoted to trivia. I listening to that show I learned that the key principle to great trivia is that is must have a hook that makes it interesting.

Trivia that is some obscure fact or figure is boring. Great trivia is something that is unexpected or has a twist to it that puts something into a different context. It makes it interesting.

For example, knowing that former President Jimmy Carter was born in 1924 is an interesting fact but there is nothing really special about that fact other than Carter recently turned (October 1) 95 years old. 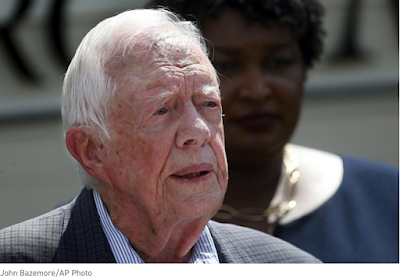 Better trivia is that Jimmy Carter is the longest living President. George H.W. Bush made it to 94 years of age.

Great trivia is knowing that Jimmy Carter was the first President of the United States to be born in a hospital.

Think about that. Carter was elected in 1976. It was 200 years from the founding of the nation until we had a President who was born in a hospital. Even John F. Kennedy, who came from one of the richest families in the United States, was not born in a hospital.

Interestingly, the next two Presidents who succeeded Carter, Ronald Reagan and George H.W. Bush, were also not born in hospitals.

It has only been since Bill Clinton became President that hospitals have been the venues where our future leaders drew their first breaths. In other words, we are talking about Baby Boomers like Clinton, George W. Bush, Obama and Trump.

I came across another factoid recently that seems worthy of being deemed great trivia.

Vinyl record sales last year were the highest they have been in 30 years.

Who would have predicted 14 years ago that vinyl record sales would be making a comeback ?


Another interesting fact is that while recorded music revenue has declined due to the increased use of downloaded content, unit volume for recorded music actually rose substantially in the 2005-2013 period only to crater in recent years as paid subscription and streaming content took hold with music listeners.

They recently reported that sales of vinyl records in their marketplace was larger than CD sales last year. That is the first time that has occurred since 1986.

As part of Discogs most recent report, it listed the 50 most valuable vinyl records in the world.

There may be Baby Boomers out there that are worried about their retirement savings.

One mint condition Sgt. Pepper's Lonely Hearts Club Band album in the basement may be all that you need. 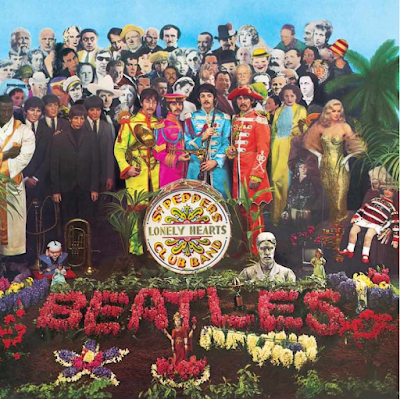 However, it appears that there are people on eBay that have not been keeping up with Discogs. I can buy this album for $14.99 while the same album is valued at $123,900 on Discogs?

Perhaps this isn't the retirement bail-out plan I thought it might be at first glance.

PVC is made from petroleum. Many Democrats want to outlaw petroleum.

Perhaps those vinyl records may get even more valuable in the future.

Vinyl records might not survive the Democrats and the Green New Deal.