You can't go a day any more without hearing the term "social justice."

Liberal progressives like to throw the term around in their quest to transform our culture, society and country.

To liberal progressives, "social justice" is defined as equality in terms of the distribution of wealth, opportunities and privileges in our society.

That covers a lot of ground but I had no idea that the "social justice" warriors are now even pointing their fingers at mathematics as a tool of social injustice "because it has historically been used to oppress people". (For further background read this National Review article) 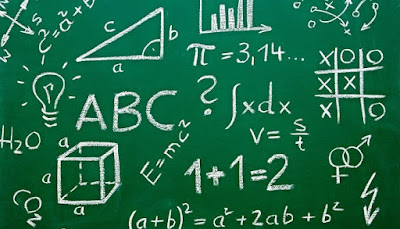 How has mathematics been used as a tool of oppression?

This is how Teach for America and EdX explain it as reported by Campus Reform.

...for centuries, mathematics has been used as a dehumanizing tool. Does one’s IQ fall on the lower half of the bell curve? Mathematics tells us that individual is intellectually lacking. Mathematics formulae also differentiate between the classifications of a war or a genocide and have even been used to trick indigenous people out of land and property.


In other words, because mathematics shows that some people are in the bottom half in intellectual capacity it is a tool of oppression?

It is also beyond me how mathematics has been used to trick anyone out of land or property. If a tribal chieftain personally placed a higher value on cloth and beads than on the island of Manhattan what does that have to do with mathematics?

Speaking of mathematics, I pointed out in a previous blog post that had the Indians, who traded Manhattan Island to the Dutch for $24 in cloth and beads, invested that amount from 1626 until today at 7.2% (the rule of 72 in mathematics says that a sum will double in value in every 10 years at 7.2% interest) that $24 would now be worth in excess of $10 trillion. ( Since I wrote that blog post in 2011 that number today is closer to $15 trillion.) 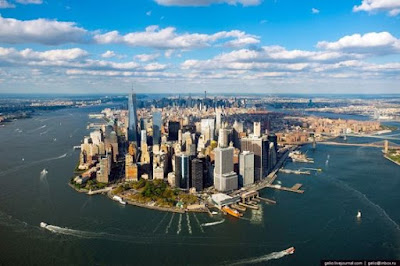 To put that number in context, the New York City Department of Finance places a total current market value on all the property in the borough of Manhattan at $421 billion in its annual property tax report for 2017. That includes all of the buildings on the land. Who got the better part of the deal when looking at that math?

All of this talk of "social justice" got me interested in where the term came from in the first place.

Michael Novak of The Heritage Foundation traces the roots of "social justice" back to the 1840's when the Catholic Church first developed the concept in his report "Social Justice: Not What You Think It Is". However, what "social justice" originally stood for is far different from how the term is being used today since it was hijacked by the liberal progressives.

The term social justice originally was coined as the Church saw the increasing challenges in transitioning from a rural agrarian society to a society centered more upon city life. On the farm, the focus of almost all pursuits was on the family unit. Almost everything the family needed was produced by the family unit on the farm. There was little dependence on others. You produced what you consumed and you wore many hats. Builder. Farmer. Repairman. Livestock Breeder. Veterinarian.

As people began moving from farms to cities in mass, the model changed. People could no longer depend on the family food supply. Family members spread far and wide in different jobs. People who used to be very independent in their lives became wage dependent for their needs. The changes put a lot of stress on families.

The Church understood that this new model of city living required a Christian with a deeper sense of the need for cooperation and a greater appreciation for the diversity of skills in their fellow human beings. In order to have a civil society people needed to have a spirit to cooperate and associate to solve problems by and among themselves or the state would exert more control to the detriment of individual freedom.

To this end, Pope Leo XIII published an encyclical in 1891 that addressed what was meant by social justice from the Church's perspective. This quote is from that encyclical.

There naturally exist among mankind manifold differences of the most important kind; people differ in capacity, skill, health, strength; and unequal fortune is a necessary result of unequal condition.

Such inequality is far from being disadvantageous either to individuals or to the community. Social and public life can only be maintained by means of various kinds of capacity for business and the playing of many parts; and each man, as a rule, chooses the part which suits his own peculiar domestic condition

Thus, Leo XIII did not mean by "social justice" equality. On the contrary, Leo held that it's good that there's an unequal society. Some people are fitted for different kinds of work, and it's wonderful to be able to find the work that fits your talents. This had been an argument that the founders of the United States used to justify a commercial system: that it provided more opportunities for a wider range of skills than farming life did, so it allowed a much larger range of talents to mature and to develop as people found different niches for themselves.


In the way that social justice was first conceived by the Church it was not about trying to equalize differences, it was about utilizing those differences in a positive manner for the common good and for the benefit of the wider community.

Social justice is learning how to form small bands of brothers who are outside the family who, for certain purposes, volunteer to give time and effort to accomplishing something.

In a word, social justice is--a virtue, a habit that people internalize and learn, a capacity. It's a capacity that has two sides: first, a capacity to organize with others to accomplish particular ends and, second, ends that are extra-familial. They're for the good of the neighborhood, or the village, or the town, or the state, or the country, or the world.


It is also important to understand that all of this social justice had nothing to do with state authority stepping in to redistribute or equalize anything. In fact, Pope Leo said that to try to do so would be useless. The lowest in a civil society could never be made equal with the highest. He also made clear that Socialists would attempt to agitate on those differences but they could never deliver on their promises.

These were the exact words of Pope Leo XIII.


Therefore, let it be laid down in the first place that in civil society, the lowest cannot be made equal with the highest. Socialists, of course, agitate the contrary, but all struggling against nature is in vain.


Novak concludes by making the point that the notion of social justice is ideologically neutral as it really is about using people to organize, associate and cooperate for the common good.


Finally, it's important to note that this notion of social justice is ideologically neutral. It's as common to people on the Left to organize and form associations, to cooperate in many social projects, as it is to people on the Right. This is not a loaded political definition, but it does avoid the pitfall (on the Left) of thinking that social justice means distribution, égalité, the common good only as determined by state authority, and so forth. It also avoids the pitfall (on the Right) of thinking of the individual as unencumbered, closed-up, self-contained, self-sufficient.


What do I make of all this modern day "social justice" talk?

When the liberal progressives are making the argument that mathematics has been a tool of social injustice it really speaks to how far off the rails today's "social justice" movement is.

When you add in the background and history of what social justice was originally considered to involve, it does not take a mathematician to figure it out.

"Social Justice", as it is being promoted by the liberal progressives, simply does not compute.