Piper Jaffray is out with its semi-annual "Taking Stock With Teens" survey research which highlights spending trends and brand preferences among U.S. teenagers.

What caught my eye in the survey was the fact that Chick-fil-A has unseated Starbucks among teens in the restaurant segment. Starbucks had been at the top of the survey for the last seven years. 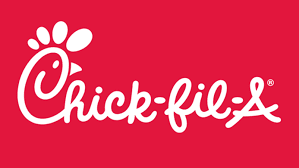 This ranking is all the more remarkable when you consider that Starbucks has over 13,000 store locations in the United States compared to just over 2,000 for Chick-fil-A. There are still areas of the country where Chick-fil-A has not opened a lot of stores, particularly in the Northeast.

Chipotle, Buffalo Wild Wings and Panera follow in the restaurant rankings. I guess those Happy Meals that teens ate when they were younger didn't make a permanent impression.

Food is the top spending category for teens and it has been growing in importance over the last decade compared to clothing purchases. Teens spend 24% of their money on food compared to 19% on clothing. In 2003, food accounted for 15% of purchases and clothing was over 25%.

This chart shows how teen spending on food and clothing has changed since that time. Cars (9%), accessories and cosmetics (9%), shoes (8%), video games (8%), and electronics (7%) are other significant teen spending items according to the survey.

Nike is the favorite clothing line by a wide margin. 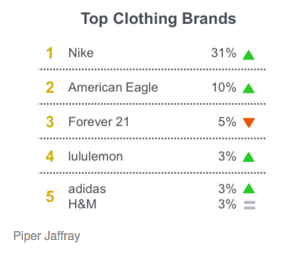 Nike is even more dominant as a footwear brand with teens. 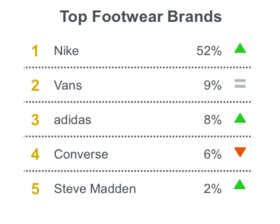 Snapchat is their favorite social media platform followed by Instagram. Facebook is the favorite of only 11% of teens. Do the central bankers in Switzerland realize this? 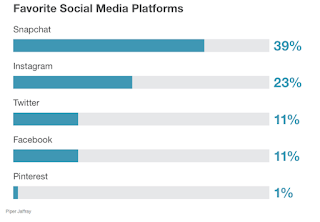 It is no contest when it comes to teen preferences regarding smartphones. 81% of teens expect their next phone to be an iPhone. That is also the highest percentage that the survey has ever found on that question. This would appear to bode well for the launch of the iPhone 8 later this year.

Looking at all this teen spending made me wonder where the money they are spending is coming from? 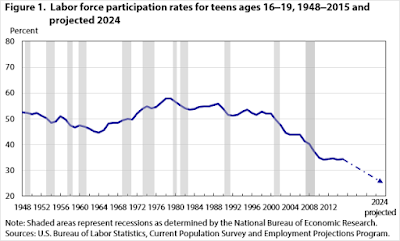 Only about 1/3 of teens work today compared to an average of about half for the previous 50 years up until the year 2000.

The survey indicated that about 63% of teen spending comes from their parents. Yes, the same parents who can't afford to save for their own retirement or for their child's college education have the money to give their teens to go to Starbucks to buy a white chocolate mocha frappuccino blended coffee.

One of the great joys in life is spending someone else's money. My wife and I always marveled at how quickly our teens decided they didn't need something that they had told us they desperately needed when we told them "You make a great case for buying that. It is probably a good use of YOUR money. Go ahead, we support your decision." Things that they said were necessities quickly became unnecessary when they had to spend their own money.

Total U.S. teen spending (by and for teens) is approximately $260 billion per year. To put that in context, that is more than the entire GDP of Venezuela...or Pakistan, Finland, Greece or New Zealand.

My advice to all of these teens--- enjoy it while you can.

It won't be long before the roles are reversed and you will be paying the bills for your own teens...as well as my Social Security and Medicare and those of millions of others.

Work hard. You teens are going to need the green.