Comey, The Media and Shakespeare

There are many things that the mainstream media does these days that could very well fit the title of a Shakespeare play. It was all on stage at the Comey hearing yesterday. 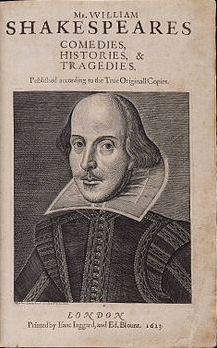 Right now the media is desperately trying to create a Tempest involving Donald Trump in any way they can. I have never seen anything remotely like it. There is not even an attempt to hide the bias in their reporting.

It seems that they are not happy that Trump won the election by defeating Hillary Clinton. However, they were quite happy that Obama won in 2008 by Taming the Shrew. That was fine. Trump doing the same is clearly not fine.

Thus far, all of their attempts to make some type of case involving Trump and Russian collusion in the election has been Much Ado About Nothing. This was reinforced today in the Comey hearings where the former FBI Director admitted under oath that he had, in fact, told Trump on three separate occasions that he was not a subject of any investigation.

That statement totally undermined a CNN report before the hearing where it reported that Comey would contradict Trump on this point. This is how TheHill.com reported it.

CNN has corrected a Tuesday report after the release of former FBI Director James Comey's opening statement for his Thursday testimony in front of the Senate Intelligence Committee contradicted the report's sources.

The CNN report said Comey was expected to dispute President Trump's claims that Comey said he was not under investigation on multiple occasions.


Adding to the embarrassment of the media was another exchange where Comey was asked about the accuracy of a New York Times story in February that claimed that 'Trump campaign aides had repeated contacts with Russian Intelligence".

Senator James Risch of Idaho asked Comey if that story was true. Here is how Comey responded according to a report in The Washington Times.

“The challenge — and I’m not picking on reporters — about writing stories about classified information is that people talking about it often don’t really know what is going on. And those of us who actually know what’s going on aren’t talking about it. And we don’t call the press to say, hey, you got that thing wrong about this sensitive topic. We just have to leave it there.”


How is that for a Comedy of Errors by what is supposed to be the the trusted media?

Comey also testified that he had never been told by Trump (or anyone else) to stop the Russian investigation. Trump's primary interest seemed to be to have Comey publicly state that Trump was not being investigated in the Russian probe. He secondarily had asked Comey that he hoped that the FBI would go easy on Michael Flynn because he was "a good guy" to which Comey agreed that he was.

Contrast that with Comey's testimony involving Hillary Clinton's emails where he stated that Attorney General Loretta Lynch specifically told Comey to refer to the investigation as a "matter" rather than what it really was.

Measure for Measure wouldn't you agree that what Lynch did was more of a directive to Comey than anything Trump did in his conversations with the FBI Director? This also doesn't even take into account Lynch's meeting on the tarmac with Bill Clinton at the Phoenix airport last July.

Of course, the biggest revelation of the day's testimony was that the FBI Director himself had leaked information to the New York Times through a friend of his in New York City. Comey said he leaked a memo to the file he had written after meeting with Trump because he wanted a special counsel appointed after he was fired.

This is indeed ironic as one of the issues Trump pushed Comey on in their meetings was for the FBI to be more aggressive in its investigation of leakers.

There are those that think that this admission by Comey may be the only indictable offense to come out of all of the reporting of the hearing today as those memos were arguably FBI government documents which are illegal to convey to an outside party.

It is my Midsummer's Night Dream that all of this nastiness will soon end. After all, there are a lot of problems in this country and it would help if the media spent more attention on those issues rather than worrying about how many scoops of ice cream Trump gets. However, I am sure the media is intent on making this a Winter's Tale if they can. I don't expect it to end soon.

My advice for President Trump is to ignore the noise and nastiness of the media and focus on the big problems that got him elected. Get results and everything else will take care of itself. That is the way to deal with the media.

Trump's best revenge with the media is to find ways to win. This strategy will be As You Like It as well if you are a Trump supporter.

Reagan did not have the media on his side but he won anyway. Trump needs to do the same. He also needs to play more offense and be less defensive. However, when he plays offense he needs to avoid being offensive in the process.

He also needs to keep this in mind.

History is written by the winners.

SHAKESPEARE’S COMEDIES
The 18 plays generally classified as comedy are as follows:

All's Well That Ends Well
As You Like It
The Comedy of Errors
Cymbeline
Love's Labour’s Lost
Measure for Measure
The Merry Wives of Windsor
The Merchant of Venice
A Midsummer Night's Dream
Much Ado About Nothing
Pericles, Prince of Tyre
The Taming of the Shrew
The Tempest
Troilus and Cressida
Twelfth Night
Two Gentlemen of Verona
The Two Noble Kinsmen
The Winter's Tale