Mary Meeker and her team at Kleiner Perkins Caufield & Byers has released their 2017 Internet Trends Report. The 355 slides contain a wealth of information, data and trends about the world of technology and beyond.

A sampling of some slides from the report that I found interesting. 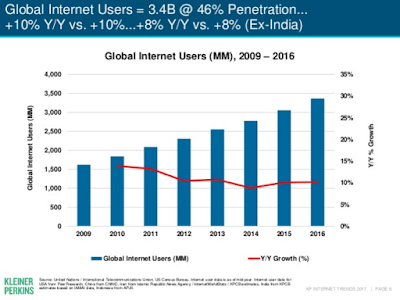 There are now 3.4 billion global internet users. That is about one-half of the people on our planet. 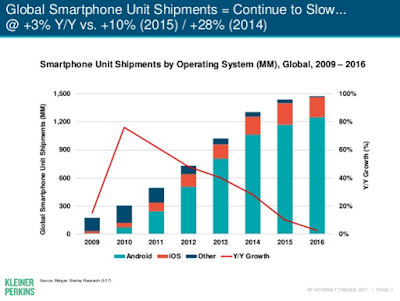 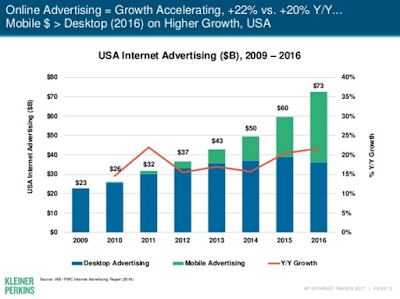 Online advertising is now a $73 billion business and for the first time there was more advertising done on mobile devices than on desktops.

When you consider that Google and Facebook alone captured 85% of total online ad growth over the last year you begin to understand how truly powerful these companies are in the internet world. 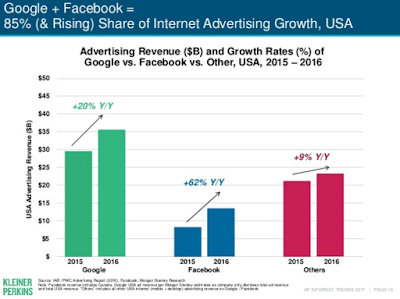 How long will it be before Google, Facebook and Amazon begin to get a lot more scrutiny on anti-trust and other grounds from Washington, D.C.? 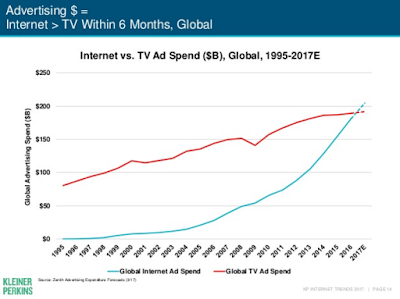 During 2017, global advertising spend on the internet will overtake tv advertising for the first time. 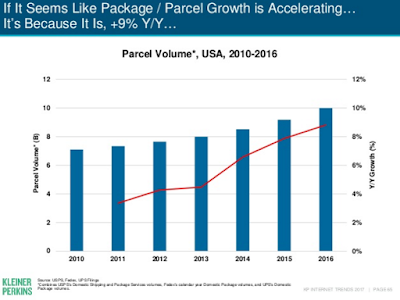 You can see how big e-retailing has become by looking at parcel volume in the United States. 10 billion parcels delivered in 2016 and parcel growth is accelerating---+9% in the last year.

All of those packages are causing problems for apartment managers in urban areas as they scramble to find bigger package rooms for the parcels delivered for their tenants. 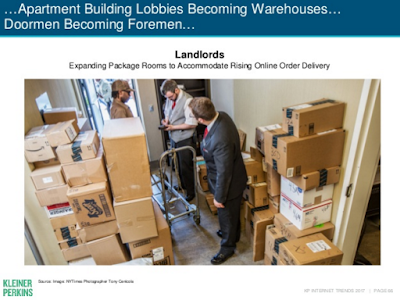 While packages are surging the music business is suffering. Recorded music revenues down 50% from the 1999-2000 highs. In the meantime, physical recordings are almost extinct. 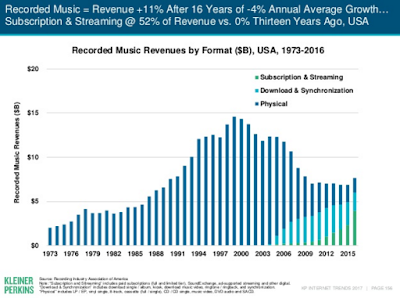 Television is also changing. Who would have thought five years ago that Netflix would be delivering more television programming minutes today than CBS? 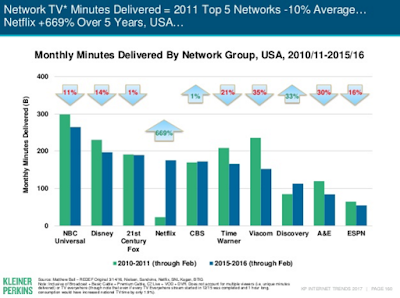 Incredibly, Netflix now has almost 100 million subscribers. That is up from 5 million just 10 years ago. Netflix is also now capturing more than 30% of all home entertainment revenue. 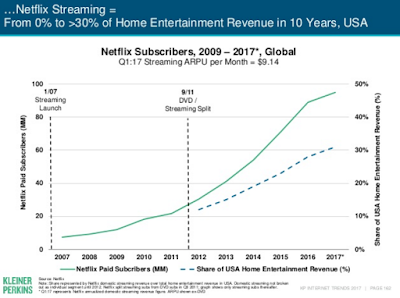 If you still don't think much has changed over the last decade, view the entire Meeker slide show.

I will highlight some additional slides in my next blog post. Stay tuned.
Posted by BeeLine at 4:26 PM