Russia? What About The Pakistan Scandal?

A day does not go by when we don't hear about Russia meddling in our election or the Trump campaign colluding with Russia to defeat Hillary.

This is despite the fact, even if it is proved that Russia did meddle or the Trump campaign did collude, there is no law against this or statute that prevents a candidate from "colluding" with a foreign state or anyone else in a political campaign.

Of course, there is a law against foreign nationals donating any money in connection with any election in the United States.

I will let you be the judge on whether Hillary Clinton violated this law in substance by soliciting contributions to the Clinton Foundation. Over 40% of top donors to the Foundation were based in foreign countries. 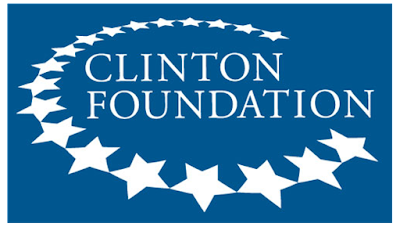 Does anyone realistically believe that the Clinton's would have raised 1% of what they did for the Foundation but for her Presidential candidacy and her role as Secretary of State?

Look no further than the fact that contributions to the Clinton Foundation dried up immediately after Clinton lost the election last November. It also ceased operating the Clinton Global Initiative, the most high profile activity of the Foundation and laid off 22 employees, right after the election.

Should Clinton have become President you can be assured that she would have been beholden to many, many, many, many multiples of foreign influence compared to anything involving Donald Trump.

How much reporting do you see on all of this?

Similarly, how much reporting in the mainstream media have you seen about the curious case of Imran Awan? 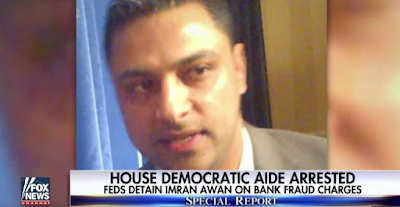 Imran Awan was an IT professional who worked for DNC Chairwoman  and Congresswoman Debbie Wasserman Schultz and a number of other Democratic congressmen. Since 2004, he was paid more than $2 million as an IT support staffer working for Democrats on the Hill. His wife, Alvi, was paid more than $1.3 million since 2007 in a role supporting her husband. Other family members of Awan were also reportedly being paid by the House Democrats to help with IT issues in their offices. All of these family members came here from Pakistan.

I started following the curious case of Awan back in February when it was reported that Awan and his compatriots were under criminal investigation for stealing computer equipment from 20 member offices and also accessing House IT systems without the knowledge of lawmakers.

Do you see any potential problems with a Pakistani Muslim family having access to all of the emails and other computer files of members of Congress? This even extended to Awan having access to Debbie Wasserman Scultz's computer password. If you are paying attention that means that Awan had the means to access all of the Democrat National Committee emails that ended up on WikiLeaks. Was it really the Russians?

In addition, consider the Congressional responsibilities of the various Democrats that the Awan family were supporting from an IT perspective.

The five. . .employees worked for at least three members of the House Permanent Select Committee on Intelligence, and five members of the House Committee on Foreign Affairs were among the dozens of members who employed the suspects on a shared basis. The two committees deal with many of the nation’s most sensitive issues, information and documents, including those related to the war with radical Islamic terrorism.

Jamal Awan handled IT for Rep. Joaquin Castro, a Texas Democrat who serves on both the intelligence and foreign affairs panels.

Imran Awan handled IT for Rep. Gregory Meeks, a senior member of the House Foreign Affairs Committee where he is the Ranking Member on the Subcommittee on Europe, Eurasia, and Emerging Threats.

Imran Awan also worked for Rep. Andre Carson, an Indiana Democrat and one of two Muslims in the House of Representatives, and Rep. Jackie Speier, a California Democrat. Both are members of the intelligence committee.


In another curious development, Wasserman Schultz threatened the Capital Police investigators to return her stolen equipment or to "expect consequences" in the middle of the investigation. 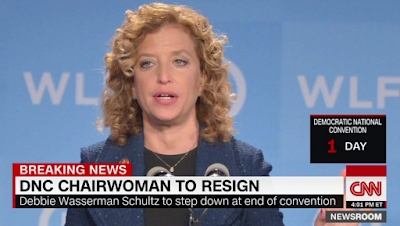 Despite the fact that her equipment had allegedly been stolen by Imran Awan and family prior to February, when the investigation was first disclosed, Wasserman Schultz inexplicably kept him on the payroll until just this week when Awan was arrested at Dulles Airport attempting to flee to Pakistan. He is charged with bank fraud for allegedly lying about a housing equity loan to pilfer $165,000 from the Congressional Federal Credit Union. The money did not end up in a house but in a wire transfer to Pakistan. Only now is Awan of the Wasserman Schultz House payroll account.

Considering the continuing payments to Awan even after he was under investigation, don't you have to at least consider that Debbie Wasserman Schultz was being blackmailed in some way?

That is what other IT support personnel on the Hill believe according to The Daily Caller.

Sources on the Hill speculated that the brothers were blackmailing members of Congress with secrets captured from emails. "Members of Congress have displayed an inexplicable and intense loyalty towards the suspects," technology aides told The Daily Caller.

The baffled aides wonder if the suspects are blackmailing representatives based on the contents of their emails and files, to which they had full access.

“I don’t know what they have, but they have something on someone. It’s been months at this point” with no arrests, said Pat Sowers, who has managed IT for several House offices for 12 years. “Something is rotten in Denmark.”


In the meantime, his wife and 3 children abruptly left the country for Pakistan several months ago and Awan seems to have been planning to join them beyond the reach of U.S. justice.

In addition, despite the healthy salaries that Awan and his family earned working for the House Democrats, one member of the family filed for bankruptcy in 2012.

What is even more curious is that when Awan has visited Pakistan in the past he has received VIP treatment including a VIP police escort because of his connection to the U.S. Congress. His wife is also reportedly under "government protection" in Pakistan since she returned to her family.

All of this leads to some interesting questions of exactly what is going on here.

The most obvious is uttered by Scott Johnson at Powerline.

Something is happening here. One can only infer that some serious breach of security involving a spy ring seeking to misappropriate confidential and classified information is involved.

I was happy to see that the FBI arrested Awan as he was about ready to get on a plane to Pakistan. However, why did they not detain his wife before she left?  She was questioned and allowed to leave despite the fact that she was carrying over $12,000 in cash and had most of their personal property with her. And why did it take from February to now to make an arrest?

It also does not give me much comfort that a major tip in the case came from a retired Marine officer who rented the house that Awan owned as the Daily Caller News Foundation's Investigative Group reported.

Shortly after the criminal probe was revealed in February, Imran abruptly moved out of his longtime home on Hawkshead Drive in Lorton, Va., and listed it for rent on a website that connects landlords with military families.

One of the new tenants — a Marine Corps veteran married to a female Navy Officer — said he found “wireless routers, hard drives that look like they tried to destroy, laptops, [and] a lot of brand new expensive toner.”

The tenants called the Naval Criminal Investigative Service and, not long after, FBI agents arrived together with the Capitol Police to interview them and confiscate the equipment. The Marine spoke on condition of anonymity because of concerns for his wife’s naval career, saying she doesn’t want to be associated with a national security incident.

“It was in the garage. They recycled cabinets and lined them along the walls. They left in a huge hurry,” the Marine said. “It looks like government-issued equipment. We turned that stuff over.”


Considering the facts in this case, don't you think one of the first things that should have been done is obtain a search warrant of Awan's house? After all, he has been under investigation for stolen government computer equipment for at least six months.

There is one other curious thing about all of this.

Imran Awan's attorney just happens to be a long-time associate and aide of Hillary Rodham Clinton.

What is he saying about the investigation and arrest of his client?

He states that Awan's arrest is “clearly a right-wing media-driven prosecution by a United States Attorney’s Office that wants to prosecute people for working while Muslim.”

Meanwhile the mainstream media only wants to talk about Russia.