I like what Henry Ford said on this subject many years ago.

Those that expect a lot out of themselves usually accomplish a lot.

Those that others expect a lot from also typically accomplish a lot.

Who are those that best establish expectations for us in our lives?

There is probably no more important person in anyone's life in establishing expectations than a parent. The right environment, encouragement and expectations coming from a parent (preferably two parents) can make a huge difference in someone's life .

I have written before about the high expectations that Asians place on their children.

They typically expect more of their children and they generally get it. Look no further than entrants to competitive schools, the numbers of Asians who are accomplished pianists and violinists or the young Asian women that are on top of the money list of the LPGA. 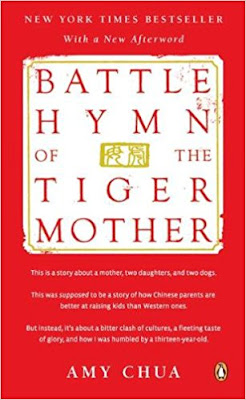 There is also little doubt that the expectations that teachers and coaches place on their students and athletes can change the trajectory of their lives. For example, the high school teacher in Middletown, Ohio who helped change the expectations of J.D. Vance in Hillbilly Elegy.

There is probably no coach who set higher expectations for his players than Bobby Knight. Most believed that his manner and methods were beyond the pale but Knight got more out of his teams than almost anyone thought possible. 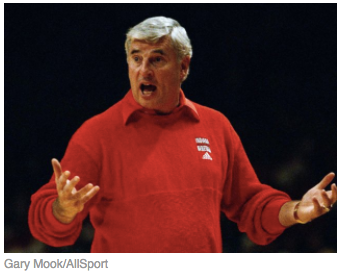 He had a record of 102-50 as the head coach at West Point at a time when there was a height limit of 6-6 at the Academy. Before or since, it has been rare to see West Point have a winning record in basketball. (Fun fact- West Point is one of only 4 schools that have been eligible for the NCAA tournament from the beginning and have never made the field).

In 4 of his 6 years as head coach at Army, Knight took his team to the NIT post-season tournament. This was at a time when only 22 teams made the NCAA field and only 16 were invited to the NIT.

By comparison, West Point has only made the NIT field once in the almost 50 years since Knight left for Indiana. At Indiana, Knight won 3 National Championships, 1 NIT championship and 11 Big Ten Championships. He won 902 games over the course of his career.

Despite all this success, Knight only coached one player in his entire career that became an NBA All-Star. That player was Isiah Thomas.

John Calipari Of Kentucky had 4 former players who were all NBA All-Stars in the 2018 game alone!

Love him or hate him, Knight set high expectations that often resulted in his players achieving results on the court much beyond what might be expected of their talent level. His expectations defined his teams.

A business leader who set high expectations for his employees was Jack Welch of GE. Welch retired as CEO of GE in 1981 after 20 years on the job. His successor, Jeff Immelt recently retired after  nearly 17 years on the job. Immelt took over with GE stock at $40/share. It is now trading below $15. 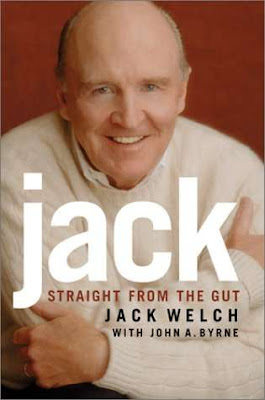 Here is what Forbes magazine said about Welch's tenure at GE.

Prior to Mr. Immelt GE was headed by Jack Welch.  During his tenure at the top of GE the company created more wealth for its investors than any company ever in the recorded history of U.S. publicly traded companies.  GE's value increased 40-fold (4000%) from 1981 to 2001. He expanded GE into new businesses, often far removed from its industrial manufacturing roots, as market shifts created new opportunities for growing revenues and profits.  From what was mostly a diversified manufacturing company Mr. Welch led GE into real estate as those assets increased in value, then media as advertising revenues skyrocketed and finally financial services as deregulation opened the market for the greatest returns in banking history.


A defining characteristic of Welch was that he had high expectations of his people...and of himself. He also was not afraid to change his expectations and attitude if he saw the need.

When Welch first became the CEO of GE he famously stated to all his GE business unit leaders that he expected them to either be first or second in their respective markets. If they were not, that business unit would be fixed, sold or closed. He ran the business with an expectation that was almost a fervor regarding being a market share leader.

However, in later years he came to understand that there can be a danger in establishing expectations with human beings. The desire to be #1 or #2 in market share caused many business leaders to try to restrict their definition of the market. It was easier to be a big frog in a small pond and satisfy Welch's expectations for the business.

The result--GE's revenue growth rate more than doubled in the last half of the 1990's. All because the boss changed the expectations of those who reported to him.

What are your expectations of others?

What are your expectations of yourself?

Are your expectations high enough?

These are important questions to consider as expectations ultimately define all us.

You cannot reach the stars unless you first set an expectation to reach for the stars.

Expect success in all you do and all those that you teach or lead.