I Can Only Imagine

You don't go to many movies these days where one of the big theaters at the cineplex has almost every seat taken.

You also rarely see the audience break into applause at the end of the film.

I saw both this weekend when I went to see "I Can Only Imagine". 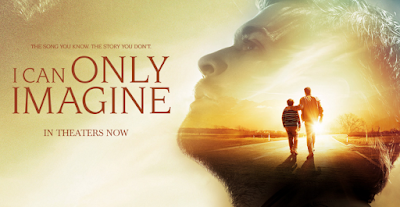 It is one of the best movies I have seen in a long, long time.

It tells the story of Bart Millard who is the lead singer of the contemporary Christian band, MercyMe, and the path that led from growing up with an abusive father to writing the song that has become the best selling and most played Christian recording of all time.

I had a real interest in seeing the movie as I have enjoyed the music of MercyMe for a long time and have attended several of their concerts over the years. The song is one of my all-time favorites of any genre.

The film has almost everything you might want. It is a story about passion, perseverance, resilience and redemption. Mix in a little humor and romance along the way with a PG rating and you have a prescription that Hollywood does not put together much anymore.

If you are wary of going to a faith-based film, don't be. There is a strong message of spirit, hope and forgiveness in the movie but it is by no means "preachy".

You don't have to just take my word for it. "I Can Only Imagine" also snagged an A+ CinemaScore rating from opening night audiences. An average of only three movies per year have gotten that score over the last five years from CinemaScore which measures the audience appeal of movies during their opening weekend.

The first weekend box office were also extremely impressive for a movie that was only shown on about half of the screens that bigger name films were shown on.

It is estimated that "I Can Only Imagine" will have grossed $17 million for the weekend. That was the 3rd highest grossing movie for the weekend. It grossed more than Disney's big budget movie, "A Wrinkle In Time" which was in its second week of release. Overall the film grossed more per screen than either of the heavily promoted Black Panther or Tomb Raider movies.

An interesting sidenote..."A Wrinkle In Time" cost $100 million to produce. "I Can Only Imagine" cost only $7 million.

If you are not familiar with the contemporary Christian genre of music, you should check it out. It is one segment of the increasing diversification of music we have seen over the last 60 years.

Several years ago I wrote about this interesting data visualization tool that Google has produced that shows the popularity of different musical genres since 1950. Each stripe on the graph represents a genre and the thickness of the stripe gives you an idea of the popularity of the music released in a given year in that genre.

What is most interesting in looking at where we are today is the broad diversity and variety of music that is popular. No single genre captures more than 20% of the total and there are more music styles than ever before.

Music is much more diverse today than it has ever been. Jazz dominated in the 1940's. Why was that? Perhaps it was because there were just a few AM radio stations and they all played jazz. It is difficult for other music to be popular when nobody ever hears it.

Notice how music genres started to diversify with the advent of television and FM radio in the 1950's and 1960's. There were more outlets for people to hear different kinds of music.

Music started to diversify more in the 1970's and 1980's with even more distribution options like cable tv and shows such as MTV.

It has really opened up in the digital age. It is no accident that music tastes have become more diversified as the distribution of music has become more democratized.

Here is the graph showing the overall trend in Christian/Gospel music.

The late 1950's saw some popularity for what was called Country or Southern gospel music but in the 1990's Contemporary Christian music took hold and carried this genre to a lot of popularity. This is the music segment MercyMe helped to grow with their band starting in the mid-1990's.

One of the unique things about the song, "I Can Only Imagine" is that it was one of the rare Christian songs to ever also become a crossover hit on other charts. It hit #5 on the Billboard Adult Contemporary chart and got as high as #27 on the Billboard Top 40 chart.

Can the movie end up with similar appeal to a broader audience?

I can only imagine it has a chance based on what I saw this weekend.

For context, there were 728 movies released in 2017. The average box office gross was $15 million. To reach the top 50, a film needed $56 million (that was what the Winston Churchill movie "The Darkest Hour" grossed) in revenues. The Oscar winner for best picture, "The Shape of Water", has grossed $62 million thus far. I would not be surprised if "I Can Only Imagine" does not approach those numbers.

If it were to gross over $50 million that would make it one of the Top 10 Christian movies of all time (and that list includes "The Passion of the Christ and the three Chronicles of Narnia movies that all grossed over $100 million).

Check it out for yourself and see what you think. If for no other reason, do it to send a message to Hollywood to get more aligned with mainstream America.

I don't think you will be disappointed. I give it the BeeLine two thumbs up rating. 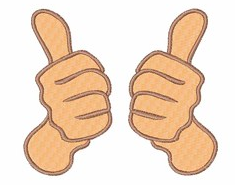 If you have never heard "I Can Only Imagine" here is the original music video of the song performed by Bart Millard and MercyMe.

Go here if the embedded video does not work in your browser.