Will You Eat Fake Meat?

Are you willing to eat meat that is not really meat?

There is a lot of money being bet that you will.

Fake meat is one of the biggest trends of the year.

Fake meat is a new food group that uses plant based ingredients to make something that looks and tastes like meat.

Two of the big brand names that are attempting to establish themselves in this space are Impossible Foods and Beyond Meat.

Impossible Foods markets the "meat" to make what it calls the Impossible Burger. 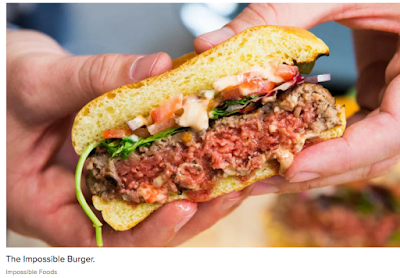 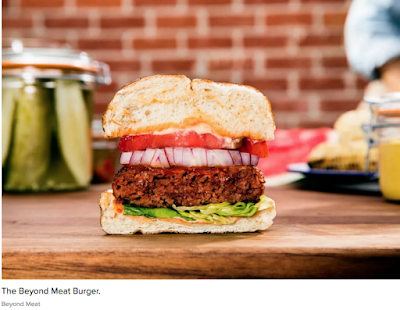 It looks good but will you eat it?

Here are the ingredients in the Beyond Meat burger. The prime ingredient is pea protein. Fortunately, that is pea with an "a". The Impossible Burger relies on soy protein as its main ingredient.

Beyond Meat is already in some grocery stores and Impossible Foods plans to be in grocery stores by the end of the year with its "meat." Both have already made inroads with various restaurant chains.

I have not yet had the non-meat meat.

However, when I was in law school in the 1970's, my wife and I were watching our pennies very, very carefully. Kroger sold a ground beef product called Kroger Pro that included a 20% soybean filler. It sold at a lower price than regular ground beef making it attractive for a couple trying to get by on $20 per week in grocery spending. We would buy it since we had little money and you can only eat so much macaroni and cheese (you could buy a box of Kraft mac and cheese for 15 cents). Adding Kroger Pro to the mac and cheese gave us a casserole. The only problem was that it tasted like eating cardboard. We eventually stopped eating it and Kroger stopped selling it. We must not have been the only ones who thought it tasted like cardboard.

I am sure advancements have been made in food science since that time. However, will enough people eat meat that is not meat?

At that stock price Beyond Meat has a market cap of over $14 billion. That was up $3.6 billion in the last week. That is a lot of money being bet on fake meat.

Compare the market cap and product portfolio of Beyond Meat with another food company that has been around for almost 125 years and has a market cap of about $13 billion.

One has Smucker's jellies and jams, Jif peant butter, Crisco shortening and Folgers coffee and many other brands.

The other has fake meat made from pea protein.

Hat tip to @charlebilello for bringing this to my attention on Thursday of last week when the market cap of Beyond Meat was just $12.9 billion. 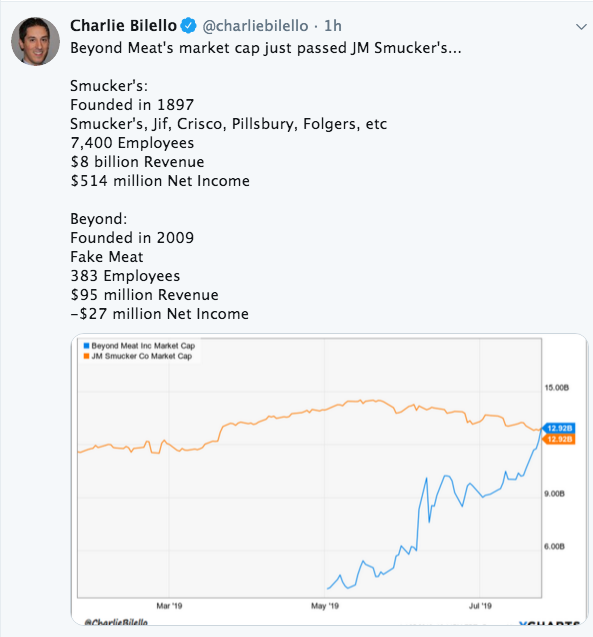 On Friday Beyond Meat's market cap went up by another $1+ billion so that it is now carries and higher market value than food giants Campbell's Soup and Conagra.

These are the brands that Campbell's Soup owns.

Here are all the brands that Conagra owns. 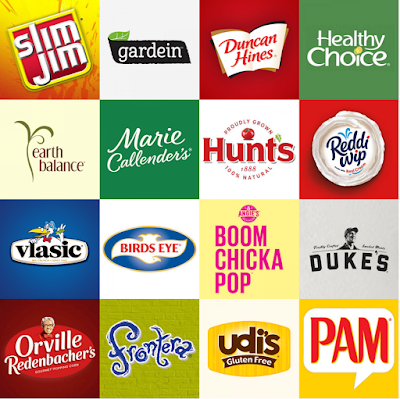 That ought to give you a perspective on how much money is being bet that you will eat fake meat.

However, will you really eat fake meat?

Count me as someone who is not buying Beyond Meat at $235 per share.

You can also probably count me as someone who is also not going to eat a Beyond Meat burger anytime soon.

Why? My appetite for Fake Meat is about the same as it is for Fake News.

Postscript:
The plant based fake meat of Beyond Meat also reminded me of the 1973 film sci-fi movie Soylent Green in which the plot involves a world in which Soylent Industries controls the food supply of half the world with a soybean and lentil ingredient wafer. Only the very rich can afford natural food as the earth's resources and water have been decimated by pollution, overpopulation and the greenhouse effect. Interestingly, the film is set in 2022. We are almost there!