Checking All The Boxes

There are 25 candidates now seeking the Democrat nomination for President.

Former Representative Joe Sestak (D-PA) is the latest to announce.

If this was major league baseball the Democrats would have reached the roster limit. If someone else announces does that mean that someone has to be sent down to the minors or released?

I don't know who is going to win the Democrat nomination for President but I believe I know who the Establishment Democrats and Mainstream Media are backing.

You can expect that candidate to receive the most glowing reviews and the candidate who will get the most protection from the media.

Her name is Kamala Harris.

For Democrats, she is the candidate that checks the most boxes. When I refer to Democrats in this instance I am talking about the Democrat establishment and the media that amplifies their message. I am not talking about voters.

✓ Not too old or too young.
Harris is 52. It is hard to imagine that the Democrats want to nominate someone like Biden, Sanders or Warren who are all over age 70. The Democrats have traditionally fielded the younger candidates for President. It is also hard to believe that the Democrats would be comfortable nominating one of the under-40 group of Buttigieg, Gabbard or Swalwell. Harris is right in the sweet spot on age.

✓ She is a woman.
Democrats are heavily dependent on the women's vote. They particularly need to turn out the vote for young women and single women. The defeat of Hillary Clinton and the opportunity to have the first woman President was a tremendous disappointment for many women. The Democrats clearly want to have a woman leading the ticket in 2020. Harris checks that box.

✓ She is a minority.
Harris is the daughter of an Indian mother and Jamaican father. Harris identifies as an African-American which has caused some to question how valid that characterization is. Her background gets more complicated when it is considered that her father's grandmother was reportedly the product of a man who was a slave owner in Jamaica and Harris spent a great deal of her childhood in Canada. In a Democrat primary race against two old white guys, and a white woman who for 35 years claimed she was an American Indian, you can't underestimate how attractive that makes Harris as a candidate. She may be hard to classify but she clearly is a minority candidate.

✓ She is the child of two immigrants
As I mentioned above, Harris the child of a mother who immigrated from India who was a research scientist and a father who immigrated from Jamaica who was an economist. Her parents were both pursuing graduate degrees at UC-Berkeley and met while participating in protests and demonstrations on campus during the 1960's. A child of two immigrants and liberal activists to boot? It does not get any better than that for a Democrat primary candidate in 2019/2020. It also makes for a compelling counter-narrative to President Trump's immigration views.

✓ She is a California liberal.
In the primary it helps to be from California because that state will have the most delegate votes at the Democrat convention. California has 495 delegate votes. That is nearly twice as many as the next state. California has also moved its primary date up to March 3 which is much earlier in the process than it has been in the past. Harris should be at an advantage if she can survive the early primaries. She also probably has the best chance to benefit from the large amount of California donors that make up the core of Democrat fundraising.

Harris is not just a liberal, she is a California liberal. That means she is generally much further left than most other Democrats. In a year in which it seems that being far left is important, Harris is unquestionably much further left than most other candidates . For example, the left wing website ProgressivePunch.org ranks Harris as the third most liberal U.S. Senator, trailing only Ed Markey (D-MA) and Elizabeth Warren (D-MA).


GovTrack.US ranked Harris as the fourth most liberal U.S. Senator in 2018. This chart graphically shows just how far left Harris is compared to her Senate colleagues.


Kamala Harris checks all the boxes the Democrat operatives and the media want.

She is sure to get a lot of favorable press and favorable endorsements as we move forward.


However, will Democrat primary voters buy what she is selling?

More importantly, does Kamala Harris have the ability to get blue collar Democrats and Independents to support her progressive, far left agenda against Donald Trump in the general election?

Kamala Harris checks a lot of the boxes that we hear are important for Democrats.

There is only one box that matters in the end.

Can she get voters to check the most important box?

It does not matter what the consultants, power brokers, office holders, donors, pundits and mainstream media want. Donald Trump proved that.

The voters control the only check mark that counts. 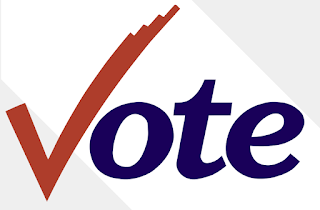 Kamala Harris promises to have a lot of wind at her back. Can it push her over the finish line in the end?