Climate change activists are encouraging school students globally to walk out of schools this Friday "to demand an end to the age of fossil fuels."

This is the explanation of the rationale for the strike from the website of the organizers, www.fridaysforfuture.org, as to why they want students to strike.

Why study for a future which may not be there?

Why spend a lot of effort to become educated when our governments are not listening to the educated?

If all this is not bad enough the New York City's public schools are allowing their 1.1 million students to skip classes without penalty in order to participate.

Mayor Bill DeBlasio actually sent out a tweet that the schools would be sharing guidance on how the students could participate.

If you want Exhibit A on how we have come to have so many young people believe in "the science of climate change" this is it.

I often talk to parents who tell me how hard it is to get through to their children on various political issues because of "what they learned in school." There is no issue that this is more particularly true right now than climate change.

Are students today being educated or indoctrinated?

A big reason that students are so naive and gullible about so many political issues today is because the subject of History is no longer emphasized in the classroom.

Students have no context to assess anything.

As a result, young people are assessing everything within the total sum of their 10-20 years on earth.

Even when you are 70 or 80 years old climate history is a very, very small sample size. Every person on earth today does not have personal experience regarding the climate of the earth over any reasonable period of time to draw a rational conclusion about whether the planet is warming or cooling.

We continually hear from climate alarmists that we are experiencing climate extremes the likes of which we have never seen. Of course, building off of this narrative, every heat wave, cold wave, hurricane, tornado, forest fire or flood is evidence of that fact. What is missing is any historical context.

For example, Heller recently published two graphs tracking extreme heat (days over 100F degrees and nights under 0F degrees) at all climatology network stations in the United States over the last 100 years.

The fact is that temperatures are actually getting less extreme.

Look at some of the high temperatures that were experienced in Seymour, Indiana in August, 1936.

Seymour, Indiana had 20 consecutive days in which the thermometer reached 100F or higher.

On September 15, 1939 students did not attend school in Benton Harbor, Michigan. They were not striking because of the climate. It was over 100F there. 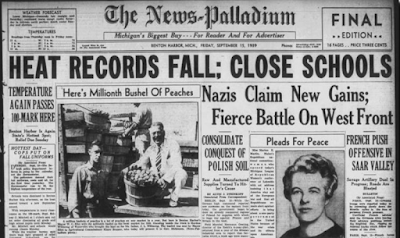 Can you imagine the hysteria that would follow and the calls for IMMEDIATE government action if anything close to this occurred today?

Of course, the use of fossil fuels and carbon emissions were mere fractions then of what they are today. 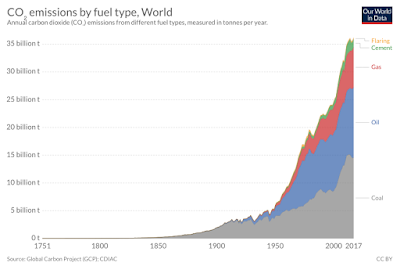 Heller has a graph that compares average maximum temperatures to CO2 levels for the last 100 years.

Temperatures have actually fallen as CO2 levels have risen. 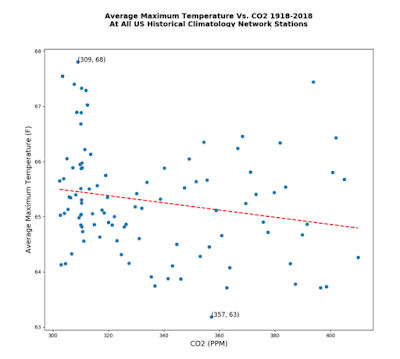 The strike organizers are exhorting the students with this call for action.

Our house is on fire?

What would they have said about our climate in the 1930's?

We demand climate justice for everyone?

I thought the climate was already the same for everyone?

What kind of justice do they want? San Diego weather for everyone on every day? Florida climate for Minnesota in January? Wisconsin weather for Texas in August?

If you have a student who wants to strike on Friday you might want to send them this blog post and tell them to study a little history and do a little research on their own before walking out of school demanding "climate justice".