What Will The Democrats Not Take Away From You?

Everyone should know by now that the Democrats have a particular affinity for taking tax money from you. If Democrats are in power you can almost be assured of a tax increase.

Yes, they always claim that they only want to make the rich pay their "fair" share.

However, there is  no way that the Democrats can fund all of their ambitious spending programs without a lot of taxes. I foresee a large, broad-based tax that everyone would have to pay if the Democrats gain control in 2020.

This is what is done in Europe to fund its welfare state. It would undoubtedly be required in the United States as well. Anyone who tells you differently is simply not telling the truth.

What is remarkable to me about this Presidential election cycle is the openness in which the Democrats are telling everyone all of the other things they want to take from you beyond your money.

All of it was on full display at last week's CNN Townhall on climate change in which almost every candidate endorsed the idea of some form of a Green New Deal.

For starters, the Green New Deal proposed by Alexandria Ocasio-Cortez would upgrade or replace every building, factory, apartment and home with state of the art energy efficiency. At a minimum, this would require that every furnace, air conditioner and hot water heater would have to be replaced. It is unclear what that state of the art technology would be since I am not sure it exists right now. It is also unclear where all the tradesmen would come from to do all this work. Most of all, it is unclear where the money comes from to pay for all of this.

Keep in mind that this all has to be done within the next ten years because the Democrats state that the world as we know it is going to end in 11 years due to climate change.

The Green New Deal also proposes to repair and upgrade all U.S. infrastructure. This alone is estimated in the original Green New Deal document to cost a minimum of $4.6 trillion. It is the only item in the proposal that had any cost estimate attached.

Of course, merely replacing, repairing or upgrading is not going to be enough according to the Democrats. We have to start eliminating things that make our lives easier and more fulfilling.

We can only survive if we also start taking stuff away from you for the good of the planet.

Never mind that no one has ever done this in the history of mankind. Did we ban horses who were fouling the streets of major cities in the late 1800's because we wanted to replace them with cars? Did we ban whale oil when we wanted electricity to power our lights? These things happened naturally without government coercion. It is called human innovation.

Elizabeth Warren states that she wants to force every American to surrender fossil fuels and nuclear energy in 20 years. For context, this would mean that 89% of current energy sources would be outlawed. Can you remember 9/11/01? That was 18 years ago. Where is all of this new energy that powers our lives and our economy going to come from? 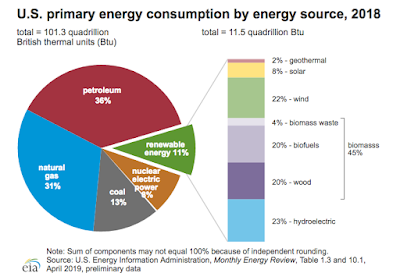 William Jacobson described the town hall this way on LegalInsurrection.com. He has videotape excerpts to document the craziness.

Here is a list that I have compiled based on what one or more of the candidates have suggested must be eliminated in order to stop climate change from occurring.

Climate change is not the only reason the Democrats have to take away things from you.

A great number of Democrats are also in favor of taking guns away as well as the ammunition that goes in guns.

What I also found interesting is that while CNN put on the climate change town hall in which Democrat candidates were blaming meat, airplanes and big business for climate change it was running commercials for a steak restaurant, two travel-related companies and a large investment management company that invests in large cap stocks. 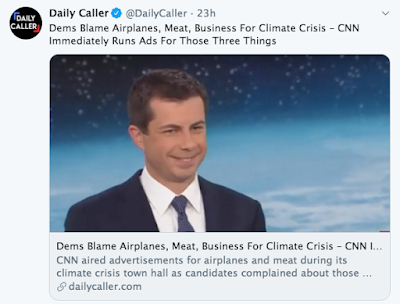 The Democrats are also not much in favor of school choice or the freedom to choose your own health care plan. They would like to take those choices away from you.

There are even some out there that want to take away all of your red hats. 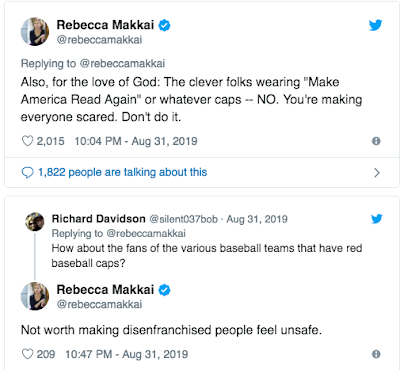 That could be a problem for me. 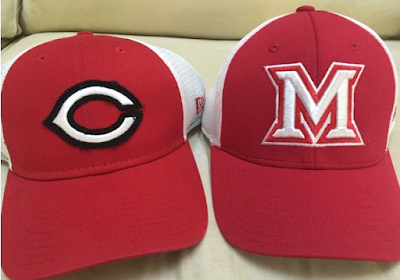 I don't know about you but the world the Democrats seem to want us to live in sounds a lot like the world people lived in 200 years ago.

I wrote this six years ago when Debbie Wasserman-Schultz (D-FL and DNC Chairman) said that unless climate change was addressed, it would only be a "few short years" before her Miami area congressional district was under water.


Only in a liberal mind does it make sense to...

shut down your most cost-effective energy generating source,

shut-off your most abundant energy resource,

raise electricity costs on all Americans,

and risk losing hundreds of thousand of jobs in the process.

In an attempt to solve a problem...

that we are not even sure we have,

and if we do, we are not sure we can do anything about it,

because of natural or external forces that we cannot control,

that may overwhelm anything we do anyway,

that ultimately works to the advantage of your biggest trade partner,

that will undoubtedly result in more job losses for Americans over the longer term.

Here we are a few years later. Is Miami under water? Six years later we even have a former President, who continually lectured us about climate change, about to purchase a multi-million dollar home three feet above sea level on an island in the Atlantic Ocean.

Nothing has changed except the liberals have gotten even crazier and we have a President who is actually trying to do something about the advantages we have given away to our biggest trading partner.

What will the Democrats not try to take away from you?