One of the most famous movie lines of all time was in All The President's Men which recounted the journalistic pursuits of Bob Woodward and Carl Bernstein involving the Watergate Scandal. 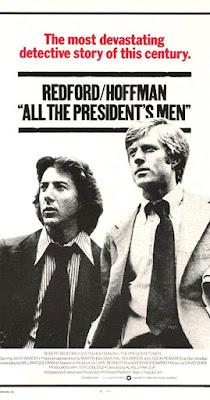 Their "Deep Throat" informant repeatedly sought to guide them on the story without giving too much away by telling Woodward and Bernstein,


So it is with almost anything. If you follow the money it usually leads you to the truth. ( It might even get us to the ultimate truth behind the Uranium 1 deal, the Trump Dossier and Russia Collusion story).

The same can be said with where the NFL anthem protests will lead.

If you follow the money it tells you this will not end well for the players.

TV money is what makes the NFL the biggest money maker in professional sports.

The NFL brings in $7 billion in tv revenues per year according to this article in "OutkicktheCoverage.com"

ESPN pays $2 billion a year for Monday Night Football and one wild card NFL playoff game that airs on ABC and ESPN.

Fox pays $1.1 billion a year for the NFC television package and its playoff games.

CBS pays $1 billion a year for the AFC television package, its playoff games, and an additional $230 million for five Thursday night football games.

In addition to this, Fox, CBS, and NBC all rotate the Super Bowl every three years, which is a massive revenue generator worth several hundred million dollars a year.


TV networks pay these sums because they believe they will have the ratings to sell advertising.

However, tv ratings are down since Colin Kaepernick started the anthem protest last year.  TV ratings started trending down last year but the NFL blamed that on the election. What do they blame this year's tv ratings loss on?

The Sporting News reported today that NFL tv ratings are down 18.7% from the same period in 2015.


That tv money is critically important to the players (in addition to the owners) because it is the most significant source for the salary cap pool of each team that is $167 million in 2017. In the salary cap formula, players receive 55% of media revenues.

Therefore, if tv revenues stall or drop in the future it will be the players who take the biggest hit in their pocketbooks.

Of course, all of this is also occurring against the backdrop of many people "cutting the cord" and getting out of large cable tv bills.

Those cable tv bills are a big reason that ESPN can afford to pay $2 billion per year for one game a week and one playoff game per year. If you are counting, that is only 20 games for that $2 billion. That works out to a cool $100 million per game.

You simply cannot sell $100 million in advertising for a 3 hour game.

In fact, Forbes estimated that ESPN/ABC only generated $285 million in advertising revenues in 2016 for their games. Given that it also cost money to produce the games it means that ESPN is losing something on the order of $2 billion per year on its NFL coverage when you calculate the difference between its ad sales and what it is paying for the NFL rights and its production costs.

How does that makes sense? The cable package.

ESPN is charging about $8 per month for every household with cable that has the network. Considering that there are 88 million households with ESPN that provides a lot of extra cash. However, the average Monday night game only has about 12 million viewers but ESPN (and the NFL) is getting paid a fee by 88 million.

The annual cost of the Monday night tv package to cable customers---$19.50 per year whether you watch the games or not!

This has worked great in the past for ESPN and the NFL but this model is starting to break down with increasing numbers of households cutting their cable off for more flexible (and cheaper) viewing options.

How does ESPN pay $2 billion for the NFL in the next contract?

Do the other networks continue to pay more for NFL rights fees if ESPN is not as competitive in its bidding and tv ratings are dropping?

It all spells trouble for the NFL in the future if you follow the money.

What makes all of this more interesting is that the NFL anthem protests were started and have continued principally because the players are supposedly protesting police shootings and racial injustice towards African Americans.

However, a recent study by an African American professor at Harvard University found that there is absolutely no racial bias in police shootings. Here is how Professor Roland G. Fryer, Jr. explained his research in a New York Times story published just before NFL players started taking a knee.

“It is the most surprising result of my career,” said Roland G. Fryer Jr., the author of the study and a professor of economics at Harvard. The study examined more than 1,000 shootings in 10 major police departments, in Texas, Florida and California.

The result contradicts the image of police shootings that many Americans hold after the killings (some captured on video) of Michael Brown in Ferguson, Mo.; Tamir Rice in Cleveland; Walter Scott in South Carolina; Alton Sterling in Baton Rouge, La.; and Philando Castile in Minnesota. 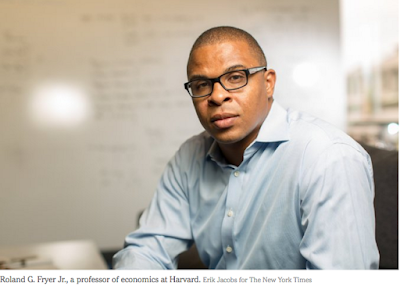 In the city of Houston, which Fryer looked at particularly closely in the study, he found that police officers were less likely to draw their weapons with Blacks 22%-24% less than they would in the same situation with Whites.

This is not to say that there is not a racial component to many police actions. Fryer found that Blacks were definitely more likely to have lesser amounts of force applied to them (handcuffed, pushed to ground or against a wall, weapon drawn) than Whites. However, the NFL players seem to be vastly overplaying their hand citing police shootings if you look at the actual facts in this research.

I particularly liked Professor Fryer's comment on why he undertook the research study.

“You know, protesting is not my thing,” he said. “But data is my thing. So I decided that I was going to collect a bunch of data and try to understand what really is going on when it comes to racial differences in police use of force.”


Perhaps the NFL players should be looking at more data.

Start with the Fryer study and compare the results with their perceptions about police shootings.

Then proceed to the tv ratings, ad revenues and cable cancellations.

If they follow this data, and the money that goes with it, they may start to see things differently in using the National Anthem as their platform for protest.

The NFL players have ever right to protest social injustice. However, they need to do it on their own time away from the game. They also need to keep the flag and the National Anthem out of it. Their fans just want to watch football.