In my last post, "Chaos in California", I outlined how several laws on the books in California are certain to make it even more difficult to live in the state going forward.

I came across another data point recently that should cause alarm about the future of the state which carries the official state nickname of "The Golden State". 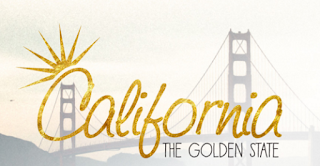 California has traditionally conjured up thoughts of a pleasant climate, Hollywood and a booming tech economy centered around Silicon Valley.

You might also think about the some of the famous institutions of higher learning in the state---Stanford, UC Berkeley, UCLA, USC and Cal Tech.

We often hear that California is the state most likely to set the trends for our future.

Let's hope that is not true when you look at the data below.

Would it surprise you to learn that California is actually the least educated state in the nation?

Consider these numbers that are in the  U.S. Census Bureau American Community Survey for 2014-2018 that was released recently.

Another 2,004, 376 California residents have not completed high school.

Not only do both these numbers vastly exceed that of any other state but so do the percentages that these represent as a share of the adult population compared to other states.


This chart shows the % of adults in every state who have attained a high school diploma or higher. California is dead last.


That's right, almost 20% of California residents over age 25 have not graduated from high school.

Notice that Texas is right behind California on both of these measures.

What do they have in common?

Both states have the highest number of illegal immigrants. This data is from 2016, and is vastly understated today, but it gives you some context to understand why these states are in the position they are on educational attainment.

The economy of the United States is becoming more sophisticated and technology-driven. What realistic economic prospects do those without a high school diploma, let alone without a middle school education, have in the 2020's and beyond?

How is California going to deal with what will likely to be a permanent, and very dependent, underclass that will need to be supported with vast taxpayer resources for decades to come?

What is especially ironic about all of this is that there are many people working in Silicon Valley in California to develop new automation and technologies that are directly focused on making those people with the lowest educational attainment unemployable in the future.

In the meantime, as I was reviewing this data from California, this is what Joe Biden was saying coal workers in West Virginia and Pennsylvania should be doing to transform themselves for the economy of the future.

Is this the same message he is going to take to those 4.5 million people in California who do not even have a high school education?

What concerns me most about California's future is that state government funding is already so heavily dependent on an extremely small group of taxpayers.

The top 1% of taxpayers pay 50% of the income taxes collected in California.  Let's put that in context. We are talking about 152,000 households carrying that large share of the income tax burden for a state with a population of almost 40 million.

Income taxes are the single biggest revenue source for the state. The income tax in the state is also increasingly dependent on stock gains and stock option income from tech companies in the Bay area.

As a result, due to these factors, California is considered to be the state that has the most risk of volatility in its collection of tax revenues (along with Alaska which is heavily dependent on severance taxes on oil, gas and minerals).

What happens in California when the stock market is not hitting record highs every week, there are no tech IPO's coming to market, and a share of that tech money is no longer being paid in taxes?

What happens when more and more of these undereducated workers see their jobs eliminated by technology and automation?

What happens when those rich households stop spending the money that is the ultimate source of employment for those 4.5 million people with less than a high school education?

What also happens when more and more of those 152,000 households pulling the wagon in California decide they have had enough and decide to take their talents (and money) elsewhere?

As each one of these events occurs, we will be closer to California not being so golden any more.

The irony is that in a state that so openly despises Donald Trump, it is the Trump economy that is keeping the state solvent right now.

What is California going to be like when the gold is gone and all that is left are 4.5 million people who have not graduated from high school?
Posted by BeeLine at 6:16 PM