Iran: A New Day In The New Year?

The protests that are rocking Iran raises the question as to whether the theocracy that the mullahs created in that country almost 40 years ago will survive another year?

Similar protests in 2009 were dealt with harshly by the Iranian regime. It remains to be seen if a similar fate awaits these protestors. Totalitarian leaders do not give up power easily. However, tipping points can be reached that can result in the most feared leaders being deposed if the will of the people is strong enough.

It must be remembered that Iran was once a country that was very much Westernized. In many respects Iran has moved backwards 400 years over the last 40 years under the rule of the mullahs.

Here are some images from Iran in the 1970's before the Islamic Revolution ushered in the theocracy that exists in that country today. The following three images are from NedHardy.com. 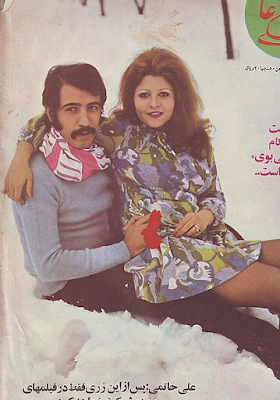 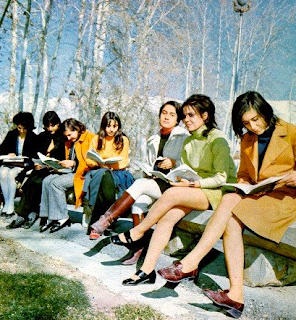 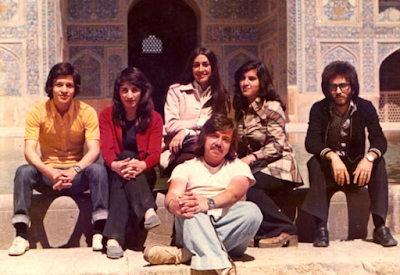 How about this picture of a female soldier in Iran in the 1970? 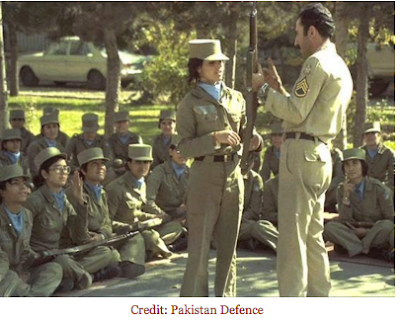 And this picture of women in the Iranian army taken in 2011. 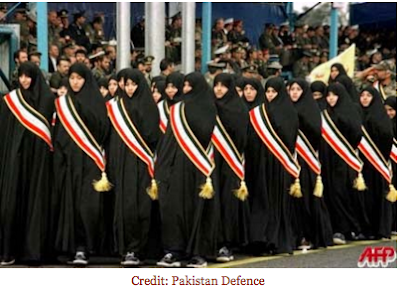 You have to ask how many Iranians want to live in the 8th century when they are actually living in the 21st century?

My guess is that number is fairly small.

69% of Iran's population is under the age of 40.  They have never known anything other than strict Islamic rule. Those under age 40 are those who are most likely to rebel when their freedoms are restricted.

30% of Iranians are between the ages of 20 and 34. These are typically the ages of people who become revolutionaries.

Demographics are not on the side of the mullahs.

I also tend to believe that other influences are at work in Iran. Undoubtedly, outside forces have fomented some of the unrest that we are seeing in Iran.

I would not be surprised if Saudi Arabia is working behind the scenes to attempt to effect regime change in Iran.

Saudi Arabia has recently embarked on a major program to liberalize its government and culture to a more moderate, open form of Islam under the direction of Crown Prince Mohammed bin Salman.

Who is the biggest threat to those reforms? Iran. You can be sure that Iran is not happy with these developments and will work to see that the fundamentalists within Saudi Arabia will be supported in order to cause discord in the Kingdom.

My guess is that Saudi Arabia is doing the same thing within Iran right now. The Saudis are working to eliminate any potential problems they may face in their country before Iran causes mischief.

My guess is that Israel and the United States are also involved in some way.

This recent development did not get much attention in the mainstream media but I have to wonder if the agreement between the U.S and Israel might have had broader implications considering the events of the last few days

You also have to wonder whether the Russians are even on the side of the Iranian mullahs any more when you look at the headline below?

Will it be a new day in the new year for those millions of young Iranians who have never known what true freedom is?

The coming days will likely determine whether that new day will arrive in 2018.

However, what is occurring elsewhere in the Middle East and the population pyramid in Iran suggests that the days of the mullahs are numbered even if their number is not up this year.

President Trump sums it up well.

You can never underestimate the brute power that a threatened regime is willing to bring to bear to save themselves.

However, you should also never underestimate the power of 50 million people who decide they have had enough.

Watching, waiting and praying for the Iranian people.