The Genius and the Dunderhead

The latest Democrat and mainstream media talking point about Donald Trump is that he is "unfit for office" and should be removed under the 25th Amendment.

The argument that he is "unfit" seems to be based principally on the fact that Trump does not "act the way a President" should act.

Does the fact that someone does something differently than others make them unfit?

I would argue that Trump as President is not much different than Trump the candidate. "Trump the candidate" was elected by the people of the United States after watching him for 18 months on the campaign trail. They did not determine he was "unfit". There has been no subsequent "bait and switch". He did not become something that we never saw. He has not done anything he did not say he was going to do. What you saw then, and what Trump promised to do as a candidate, is exactly what he has done in office. I would argue that it actually has been a toned-down version of what he was and what he promised on the campaign trail.

If anything, the Democrats and the mainstream media seem to be befuddled by the fact that Trump is Trump---whether he is a real estate mogul, tv star, political candidate or President of the United States.

Does being yourself make you unfit?

A friend and BeeLine reader of mine recently wrote to me that he "has had an ongoing struggle in trying to contextualize the Trump phenomenon".

My friend Joel is a great student of history and stated that his first thought was that the life of Andrew Jackson was a useful metaphor for that purpose. There are many remarkable parallels between the two men but Joel stated that he ultimately felt that this comparison fell short owing largely to the 190 year separation in history.

He wrote me that he has ultimately concluded that the best contextual comparison he could come up with is Steve Jobs. Yes, that Steve Jobs! 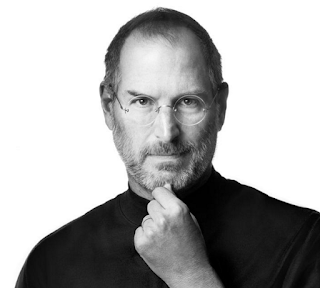 I have to admit that is something I would have never thought of on my own but I think it is a most impressive insight by Joel.

Here is what Joel wrote about the similarities he saw in the two men.

Like Trump, Jobs was an iconoclastic visionary who was uncompromising in his pursuit of transforming the existing order.  Personality-wise he was incredibly arrogant, prickly, vicious and so rude that he would push aside his employees and walk to the front of the lunch line each day at Apple. The threat he posed to both the established business order and social conventions was profound, and it caused him to be reviled and pilloried. Nevertheless, at the end of it all, he had either created or transformed a total of 6 industries: personal computing, phones, animated movies, music, tablet computing and digital publishing.


Having read a couple of books about both Trump and Jobs, I definitely see many similarities.

I have also written a couple of blog posts about the contributions of Steve Jobs here and here.

I have also written about iconoclasts in the past. Notice that the first similarity that Trump and Jobs share according to Joel is that they are both iconoclasts.

This is what I wrote on the subject of iconoclasts in 2012.

I`con`o`clast/ n / A person who does something that others say can't be done.

"We can't solve problems by using the same kind of thinking we used when we created them."


Little did I know in 2012 that a true iconoclast would be on the scene in Washington, DC five years later attempting to drain the swamp.

Steve Jobs did not play by the rules and he certainly did not adhere to many rules in his life. Donald Trump is a near saint next to Steve Jobs in conforming to rules of conduct and temperament.

One of my favorite quotes from Jobs related to the fact that he eschewed market research and always liked to rely on his own personal intuition. (Kind of like Trump not paying a whole lot of attention of his political consultants and advisors telling him what to say and do?).

It’s really hard to design products by focus groups. A lot of times, people don’t know what they want until you show it to them.


The same can be said about Donald Trump. He built a global real estate empire when most said he would never get beyond the projects his father developed in the Queens, New York. He put properties together of a style and scope that few could imagine. 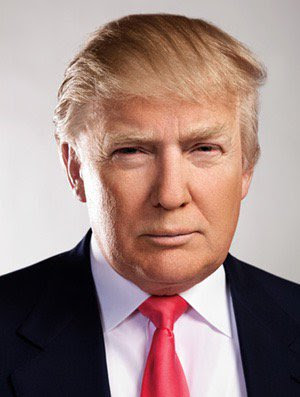 Like Jobs, Trump had an insatiable desire for quality and an attention to the smallest detail in his projects and in his deals.Both Trump and Jobs faced failure (the ouster of Jobs from Apple, Trump's company bankruptcies) but came back stronger than ever.

Jobs and Trump have done many things no one could have imagined. It was simply impossible to project their success when looking at it in a traditional perspective. It was hard for most to envision operating a computer with a mouse, or storing 1,000 songs in a package the size of the cigarette pack or an animated film being developed by computer software.

It is also hard for many to see where Trump is coming from as President. However, look at what we are seeing one year into his term. The economy and the stock market have responded to Trump like it never did in 8 years with Obama. That is indisputable no matter how badly the Democrats want to ignore the evidence. North Korea is sitting down with South Korea for the first time in years, the Iranian people are in revolt and Mexico and Canada are discussing a re-do of NAFTA. This week Trump is sitting in the same room with Republicans and Democrats discussing immigration reform. The pundits said that none of this would happen with Trump as President. It has.

Iconoclasts don't do it the way it has always been done. They break rules along the way. It can be uncomfortable for those set in their ways. However, iconoclasts get results that few expect.

Curiously, the one area where these two iconoclasts diverge is in the media perception of the two.

Jobs generally enjoyed favorable treatment from the press throughout his career. He was eventually hailed as a true genius by the media. No one said he was unfit for anything because he did things his own way or he was arrogant, rude or prickly along the way. These traits were considered assets rather than liabilities.

On the other hand, Trump is portrayed as an idiot and fool. He is stupid. He is a dolt.  He is mentally imbalanced. He is mentally unfit. He needs to be removed. It is quite a contrast when considering the similar traits that these iconoclasts share.

Don't you think that it is interesting that two men who share so many similarities can be perceived so differently by the media?

One is hailed as a genius. The other is called a dunderhead.